Mr. Big Will Not Be in the ‘Sex and the City’ Reboot

‘Sex and the City’ fans won’t only have to deal with no Samantha Jones, but Mr. Big will also be absent from the upcoming HBO Max reboot.

Chris North will not be reprising his role.

Big, of course, was the love interest to Sarah Jessica Parker’s character Carrie Bradshaw over the course of the hit show’s six seasons, and the pair were married —after one dashed wedding attempt — in the first movie, from 2008.

In 2010’s sequel, the pair struggled with married life, but by the end, decide to try and make their marriage work.

But it looks like he’ll be out of her life once more when the new HBO Max series picks up her story.

In December, Page Six exclusively reported that a reboot of the hit franchise was in the works as limited series on HBO Max. In January, Parker confirmed there would be a ten-episode revival called “And Just Like That.”

The post Mr. Big Will Not Be in the ‘Sex and the City’ Reboot appeared first on LOVEBSCOTT. 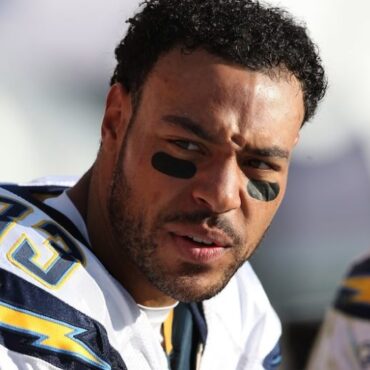 Former NFL receiver Vincent Jackson might have died in his Florida hotel room up to three days before his body was discovered, according to new information released by the Hillsborough County Medical Examiner on Thursday. via ESPN: Jackson, the former Tampa Bay Buccaneers and Los Angeles Chargers wide receiver, was found dead in a Brandon, Florida, hotel room on Monday. He was 38. The new details released by the medical […]