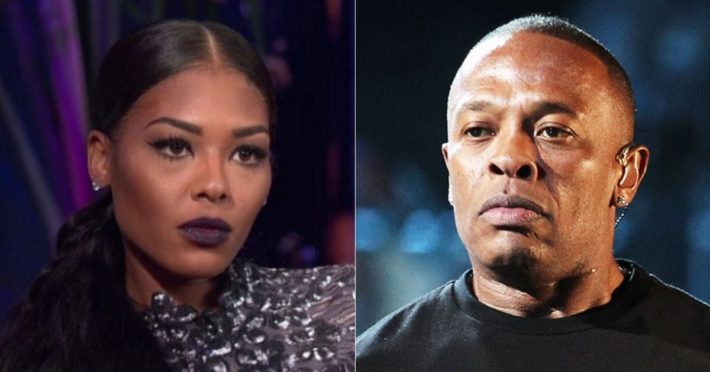 Did Dr. Dre’s threats get to Moniece Slaughter?

The ‘Love and Hip Hop’ star took to Instagram with a lengthy statement to declare she’ll no longer be talking Dre in the future.

She said it was due to the threats made against her after she initially confirmed Dre’s alleged romance with her enemy Apryl Jones.

She said, “As a woman, in a time where we’re told we should be valued, exalted, and protected, “I’ve been conflicted as to how I was going to proceed or address last night’s chain of events.”

She said she was, “Torn between allowing men to intimidate or bully me into being silent, or to speak up for myself and stand firm in my positions.”

Moniece continued, “Upon waking up today I was told that my life, along with my son’s life, and my family’s lives were in danger.”

She claimed, “That I was dealing with a very powerful man, and that I needed to be quiet, to disappear from social media, and even think about taking a vacation to “clear my mind.”

The “Love & Hip Hop” star said, “For no reason other than the safety of my loved ones, moving forward, I will not be speaking out publicly about all that has transpired. I will not be accepting any media or interview requests or inquiries. I will continue to live my life as I do on a day-to-day basis.”

She didn’t know it was a secret. She added, “I’ve known for a while. I was shocked just because of her public announcement that she’s polyamorous. I was surprised that someone as established and refined as Dre would almost wife her.”

After talking about Dre and Apryl, Moniece said she received a threatening phone call from a producer who told her to keep the music mogul out of her mouth. She spoke to Dre directly on IG live saying, “How dare you send a ngga to bang my motherfcking line and threaten me? don’t know you and you don’t know me and I didn’t say anything negative about you, sir. Don’t you send another motherfucker to this phone of mine to make one more fcking threat.”

Nicole Young might want to give Moniece a call — maybe she can write a statement for her divorce proceedings.

Mr. Big Will Not Be in the ‘Sex and the City’ Reboot

‘Sex and the City’ fans won’t only have to deal with no Samantha Jones, but Mr. Big will also be absent from the upcoming HBO Max reboot. Chris North will not be reprising his role. David Eigenberg, who played Miranda Hobbes’s love interest, Steve Brady, won’t be returning either. via Page Six: Big, of course, was the love interest to Sarah Jessica Parker’s character Carrie Bradshaw over the course of […]