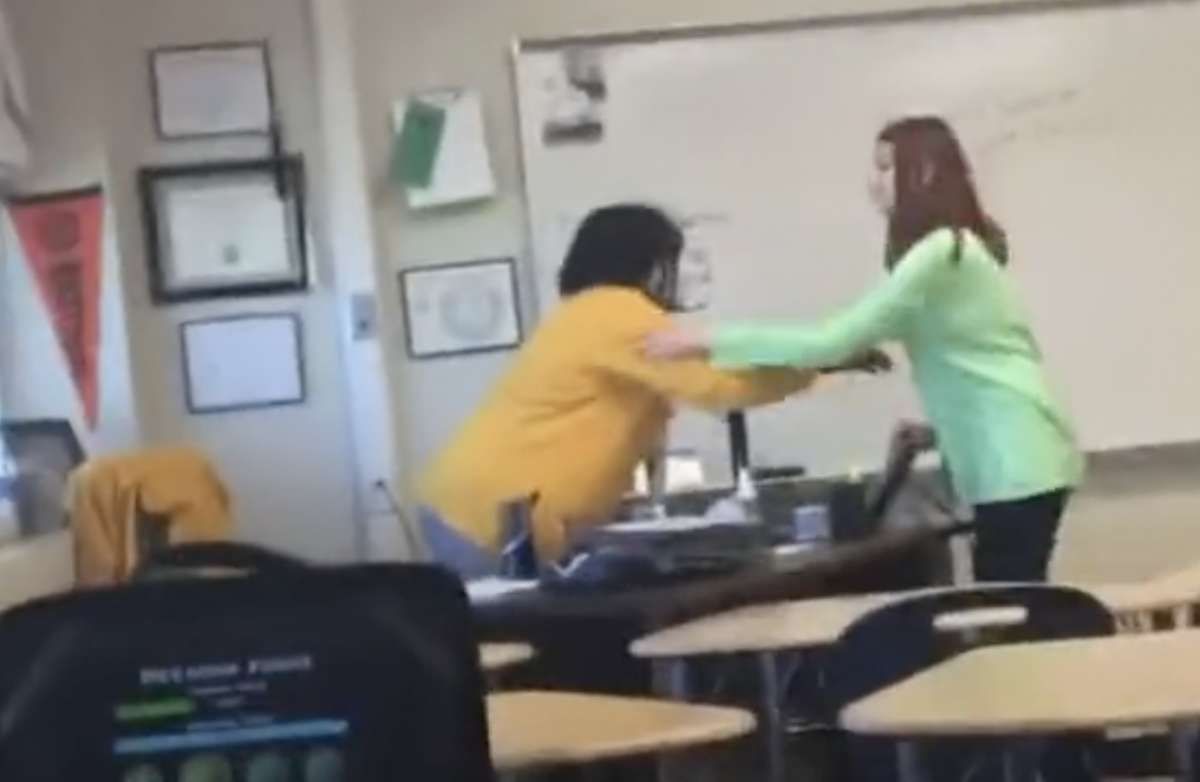 The young racists are wilding’ out on our Black elders! A white mom is speaking out after her daughter went viral for physically assaulting a Black teacher. She blames the school and she claims she doesn’t know where her daughter learned the offensive language because they don’t use racial slurs in their household. Oh?

If racism is taught at home was a person….

Video shows a #student hitting #teacher and throwing a phone towards her way, this happened at Castleberry High School in #FortWorth pic.twitter.com/De0MVKTgUJ

A video of a white ninth grade student physically assaulting a Black substitute teacher has gone viral. And now, the mother of the white teen is speaking out…placing blame on the school.

The attacked occurred at Castleberry High School near Fort Worth, Texas. The clip shows an irate white female student walking to the front of the class to hang up the phone the teacher was using to call for help. As the teacher reaches towards the phone to remove her hand, the high schooler HITS the teacher in the arm and says, “Deal with me!”

After striking the teacher, the student calls her mother where she blurts out racially offensive and threatening language.

You can watch the disturbing video above.

The student was suspended for three days and could possibly face more serious consequences. Since teachers are considered public servants, the student could face felony charges for her actions, according to Steve Pool of the United Educators Association.

The school district is aware of the incident and commended the teacher’s behavior.

“We support the teacher and her response in the strongest terms possible,” the district said in a statement. “Because criminal activity occurred, the district immediately turned this matter over to law enforcement.”

The child’s mother, Brittany Evans, spoke to a local news station in Fort Worth and said had the school properly labeled her, they wouldn’t be going through this. The mom claims her daughter suffers from bipolar disorder, battles depression with anxious distress and claims she’s also autistic. She said she has attended at least 10 meetings with the school’s administrators to have her daughter placed in special education classes.

“I wish the school would label her correctly so we didn’t have to go through this,” the mom said.

She also said she doesn’t know where her daughter learned the racially offensive language from because she doesn’t use that type of language in her household. “

The mom also said she wanted to apologize to the teacher.

“She is an amazing woman. She is calm, very collected, super sweet. I wanted to reach out to her but didn’t know how,” Evans said. “She is, in my eyes, a saint. And needs an award.”

Check out the mom’s interview below: 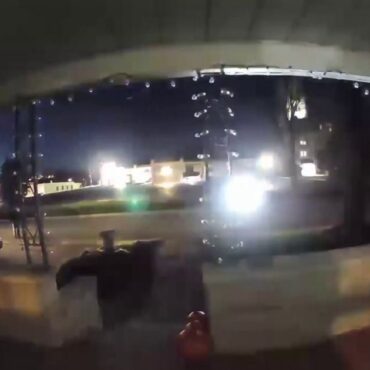 Shocking details about the Christmas parade tragedy in Waukesha, Wisconsin are trickling in, painting a picture of what happened before (and after) a man plowed his vehicle through a crowd of people, killing six. More inside…. An eight-year-old boy has become the sixth person to die following the horrific Christmas parade tragedy in Waukesha, Wisconsin where a man plowed his red SUV through a crowd of people. The horrifying incident […]