A third match between boxing legends Mike Tyson and Evander Holyfield isn’t happening. Find out why inside…

It likely would have been the boxing match of the decade, but it’s not happening.

Boxers Mike Tyson, 54, and Evander Holyfield, 58, were set to fight for a third time, but it’s canceled…at least for now.

Apparently, Tyson’s camp wasn’t happy with the contract, so everything fell apart.

“We thought this was a done deal but it quickly fell apart when Tyson’s people declined all offers,” boxing promoter Kris Lawrence said. “We were negotiating in good faith all along and it appears we just ended up wasting our time.”

Bloop. So what happened?

Last week, Mike Tyson announced on his podcast he was returning to the ring during a huge event at the Hard Rock Stadium in Miami on May 29th. He didn’t name his opponent, but it was clear he was referring to his nemesis, Holyfield. They were in talks to work out the details for the mega fight to go down, but they couldn’t come to an agreement.

“Team Holyfield sincerely believed a deal was imminent, especially after the Hard Rock threw its support behind the project, and there were multiple other offers conveyed to Team Tyson,” Holyfield’s camp said in a statement.

“However, Team Tyson’s demands recently became untenable, and not what Mike Tyson had originally agreed on in direct conversations with Holyfield.”

Our sources tell us … Evander claims he personally spoke with Mike on the phone early on in negotiations and they agreed to a 50/50 split on profit.

Oh, so money was the issue. Got it.

The last time Mike and Evander fought in a boxing ring was in 1997. And we know y’all remember the infamous “ear bite” situation. 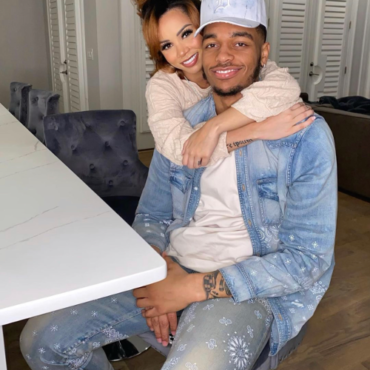 IG model Brittany Renner and NBA player Paul “PJ” Washington Jr. are having a baby! Find out what they’ll be having inside…. After officially announcing they’re a couple over the summer, IG model Brittany Renner and NBA baller Paul “PJ” Washington Jr. are now expecting! The couple announced they’ll be welcoming a little bundle of joy soon, sharing photoshoot flicks from a maternity shoot. And guess what they’re having? The […]