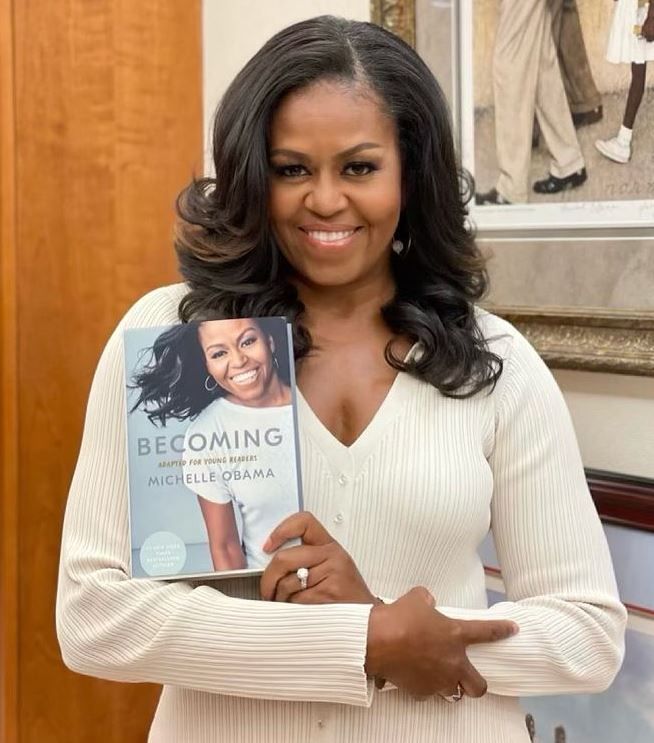 To live a life as full as Forever First Lady Michelle Obama, it’s no wonder she’s moving towards setting up her life for more R&R. She recently dished about making plans towards retirement. And the news comes on the heels of an announcement that she will be inducted into the National Women’s Hall of Fame. More inside….

Michelle Obama is ready for retirement! And we can’t blame her after all she has accomplished thus far. Advocate, author, lawyer, mom, wife, ICON and 44th First Lady of the United States – yeah, she definitely deserves some rest and relaxation.

Our Forever First Lady is featured on the cover of the newest issue of PEOPLE magazine. And, of course, she looks amazing as ever.

A post shared by O, The Oprah Magazine (@oprahmagazine)

In the cover story, FLOTUS reflected on her COVID-year, which included unexpected blessings, she revealed her new quarantine hobbies and what she plans to build for the next generation of leaders, advocates and activists to take over.

Stepping out of the limelight is coming sooner, rather than later for Mrs. O. She said she’s making plays to move toward retirement and she can’t wait to “chase summer” with her husband/Forever President Barack Obama.

“I’ve been telling my daughters I’m moving toward retirement right now, [selectively] picking projects and chasing summer,” Mrs. Obama revealed. “Barack and I never want to experience winter again. We’re building the foundation for somebody else to continue the work so we can retire and be with each other — and Barack can golf too much, and I can tease him about golfing too much because he’s got nothing else to do.”

Ha! As much as the Obamas have done for the nation, they certainly deserve a break to enjoy one another and do whatever is they want to do.

During quarantine, Mrs. O picked up a few new hobbies, which include knitting and swimming.

“Knitting is a forever proposition You don’t master knitting, because once you make a scarf, there’s the blanket. And once you do the blanket, you’ve got to do the hat, the socks. … I could go on about knitting!” she said.

“Over quarantine, I actually did teach myself how to be a better lap swimmer, because what I’m finding in my old age is that the high-impact stuff that I used to do, as I’m approaching 60, it just doesn’t work. So I thought, well, swimming is one of those low-impact, good cardio things,” Mrs. Obama shared. “I worked myself up to almost a mile of swimming laps. Now, can I do that right this second? No. But this summer, I’m getting back into the pool.”

With her daughters Malia (22) and Sasha (19) returning home due to the pandemic, Mrs. Obama shared how they quickly burst her “empty nest” bubble.

“Our girls were supposed to have emptied out of my nest,” Mrs. Obama explains. “I was sort of celebrating that they were out building their lives and allowing me the emotional space to let them go. Well, they’re back!”

”They love the freedom of being in the kitchen, creating, experimenting,” she said.

So excited that Waffles + Mochi comes out on Netflix next week—and in collaboration with @PHAnews, our Pass the Love campaign will seek to address food insecurity by providing more than one million meals to families in need. Hope you’ll get involved: https://t.co/MH3Kz48dtl pic.twitter.com/xM9hJwUYjx

The “Becoming” author will play the neighborhood grocer in Netflix’s upcoming cooking series, “Waffles + Mochi,” where she’ll be cooking up some healthy eats alongside puppets and guest chefs. It’s a show for kids, but she said adults will enjoy it as well – even if the kiddies aren’t around.

“I’m basically being myself,” she said. “The entire concept is fun … an adventure.”

Sweet. You can read more of her interview here.

A post shared by National Women’s Hall of Fame (@womenofthehall)

Forever FLOTUS will be inducted into the U.S. National Women’s Hall of Fame this year. The organization made the special announcement on International Women’s Day. Perfect timing.

“Advocate, author, lawyer, and 44th First Lady of the United States—the first Black person to serve in the role—Michelle Obama has emerged as one of the most influential and iconic women of the 21st century,” the National Women’s Hall of Fame said in a news release.

This year’s induction ceremony is set to go down (in-person with COVID-19 protocols) October 2nd at the National Women’s Hall of Fame in Seneca Falls, N.Y. 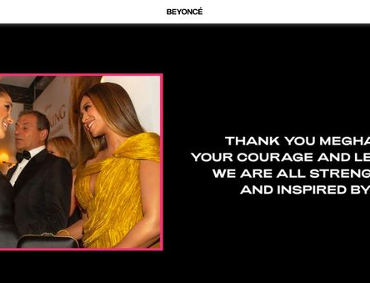 Meghan Markle’s biggest hater Piers Morgan doubles down on his criticism of the Duchess of Sussex after he QUIT his job at “Good Morning Britain.” He literally stormed off stage during live television while weatherman Alex Beresford CHECKED HIM for his “diabolical behavior.” And honey, it’s a READ you MUST see. Also, Beyoncé & Serena Williams showed their support for Meghan after her & Prince Harry’s interview with Oprah. Everything […]