Bigi Jackson is serious about climate change — and urges others to take it seriously as well.

In a rare on-camera interview with Good Morning Britain, the 19-year-old son of Michael Jackson (formerly Blanket) spoke about his father’s legacy as he called for leaders to focus on climate change.

“There’s a lot of really cool stuff here. There’s a lot of history in this house and the studio here. That’s what he was all about,” he said, before referring to his siblings Paris and Prince. “That’s what each of us want to do — make things that people enjoy but also benefit their lives.”

“I do think it’s important we all know about it. We have some work to do but our generation knows how important it is,” he said.

The brief chat with Bigi came after the siblings co-hosted a Thriller Night event at their Hayvenhurst home to benefit Heal Los Angeles Foundation.

“At this point in our life it doesn’t really feel like there’s that hierarchy of, ‘I’m the older brother,’” he said. “It’s more [that] we’re all siblings and we’re kind of all on that same level where my sister has her strengths, and my brother has his strengths, and where I’m not as strong in certain areas, they complement me in that way.”

Prince added, “We have such a close relationship, and because I’m the oldest, my father would always tell me I have to make sure the group is taken care of, and that I have to kind of be the leader and lead by example.”

Prince explained that after their father’s death, they were all “thrown into the ‘real world.’”

“My siblings honestly, they picked up the slack that I unfortunately left behind,” he said.

Though Prince said he would ideally want to see his siblings more than he does now, he’s sure not to take any moments with them for granted.

“Sometimes life just happens to get in the way, people travel and stuff like that,” he told the morning show. “But any moment that I get to spend with my siblings now, especially as we’re getting older and our own lives are starting to blossom and grow, every moment that I get with them, any little family dinner, any family outing, is really a special moment.”

Watch the segment below.

Bigi, formerly known as Blanket, is using his voice to call on world leaders to tackle the problem of climate change as COP26 begins. pic.twitter.com/920Zlk4usK

The post Michael Jackson’s Son Bigi (formerly Blanket) Says ‘We Have Work to Do’ Regarding Climate Change in Rare Interview [Video] appeared first on LOVEBSCOTT. 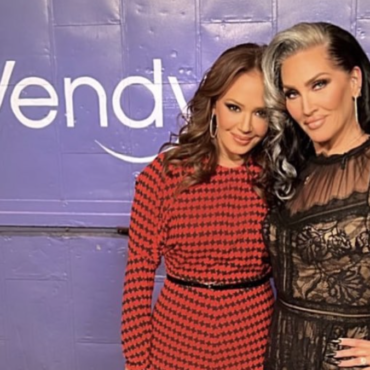