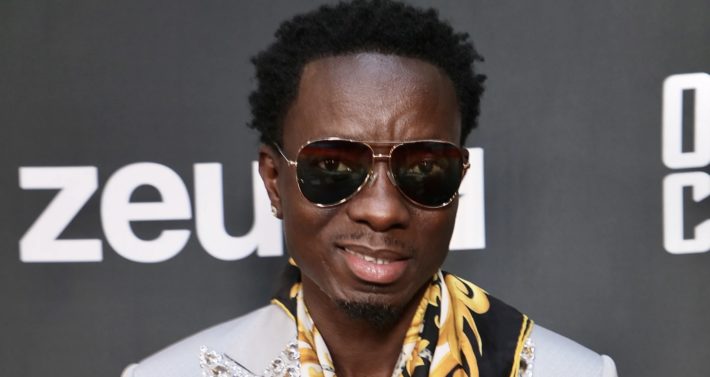 Comedian Michael Blackson isn’t making any jokes today — he’s sincerely thankful that he was officially granted American citizenship after living in the United States for most of his life.

Michael Blackson was sworn in Wednesday, officially making him a U.S. citizen.

TMZ caught up with Blackson as he reflected on his U.S. citizenship. “It [America] made me this bigger, better person that would help the world. America has been nothing but a blessing to me, and I’m happy to be a citizen,” he said. “Just like everybody else that comes to America, they come here for this American Dream, and I really am living the American Dream.”

Blackson was born in Ghana and moved with his family to New Jersey at the age of 13. He rose to fame, thanks to his appearance in 2000’s Next Friday, followed by parts in a slew of other films and TV shows, including Coming 2 America, 30 Rock, and Are We There Yet?

The comedian shared a lengthy message on Instagram where he showed off his green card, and reflected on the significant moment. “I’ve made a living making fun of America and Americans but all jokes aside America is by far the greatest country in the world and that’s why everyone comes here for an opportunity,” he wrote. “Today I’m turning in my green card to replace it with an American citizenship certificate.”

Blackson told TMZ that his U.S. citizenship opens the door for a new world of political opportunities, such as becoming mayor. It doesn’t necessarily mean that he will be announcing his candidacy anytime soon, but he now has that opportunity after today.

G-Eazy is mourning the death of his mother, Suzanne Olmsted. via: Uproxx G-Eazy’s mother has sadly passed away. The “No Limit” rapper shared the news on his Instagram with a carousel of images that showed the Bay Area native with his mom at different points in their lives. With them came a voice memo titled “Opportunity Cost Mom” which captures his mom being brought to tears as she says “so proud” of him and his accomplishments. The Instagram post was […]