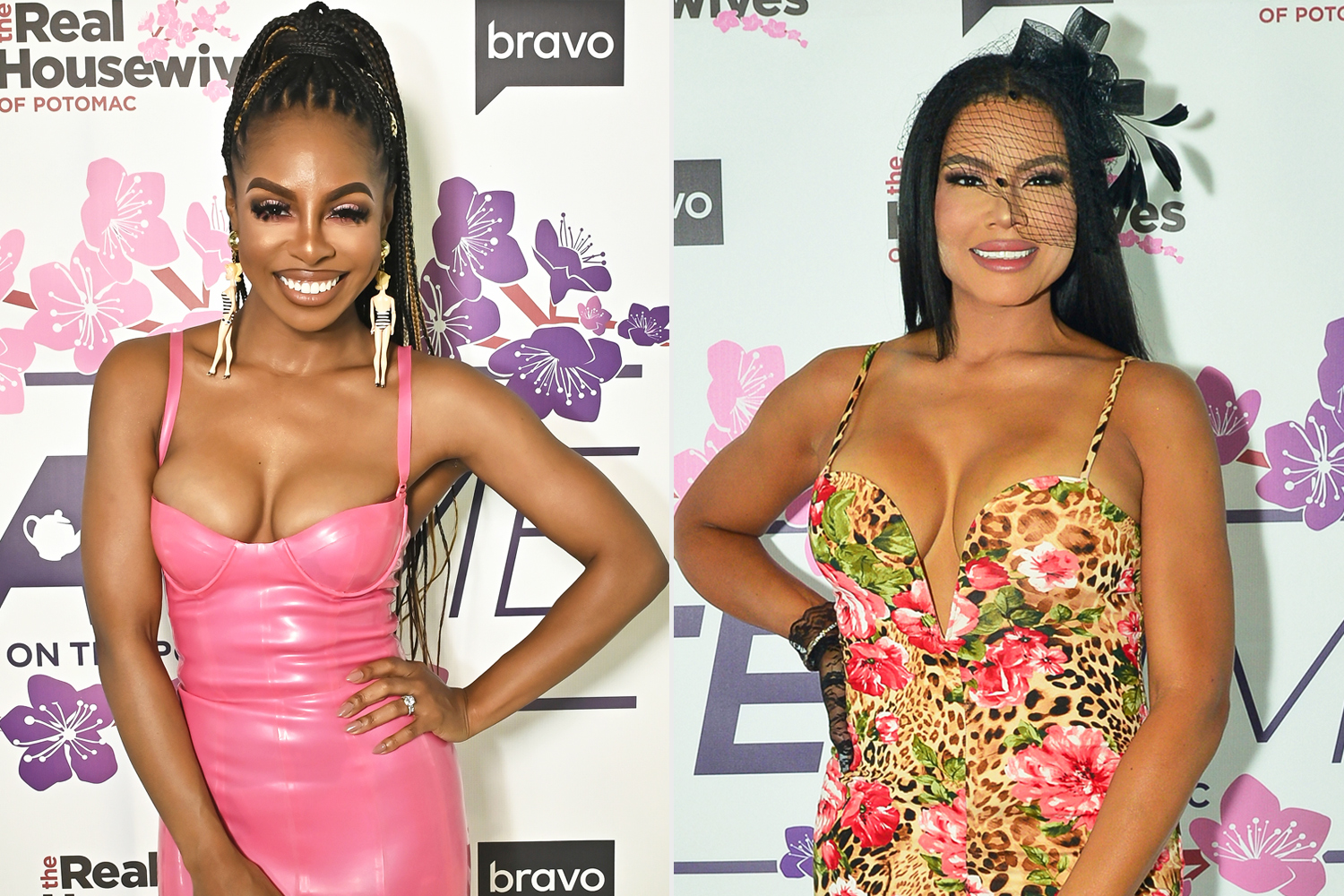 Have Mia Thornton and Candiace Dillard fixed things between them?

On Sunday night’s episode of ‘The Real Housewives of Potomac,’ it appears so…for now.

Their drama first began when Mia, 36, called Candiace’s music video “low budget,” and Candiace, 34, replied, “Your mama’s low budget.” That was a particularly loaded comment for Mia who, unbeknownst to Candiace at the time, has opened up on the show about being placed in foster care as a child and having a strained relationship with her mother.

The initial fight came up several more times, including during the couples’ trip to Chesapeake Bay, when Mia and Candiace had a screaming match that ended with them throwing salad at each other.

Later on in the trip, the cast took a boat on the water, and Mia and Candiace decided to take the opportunity to bury the hatchet. Mia began by saying sorry for probing about Candiace and her husband while talking to Candiace’s mom at the music video shoot.

“Obviously I said something that struck a nerve with you, right, and I know that I’m just now getting a chance to know you and I never want to be responsible for inflicting negative energy onto someone. I own that, and I’m sorry for that. And I apologize for hurting you by asking questions that, maybe, it’s none of my business,” she began.

“I appreciate you saying that, but it wasn’t the questions to my mom that triggered me so much as the comment about my project,” Candiace replied, referencing the “low budget” comment.

“I don’t want to cry,” she continued, while holding back tears. “I was hurt by what you said. Because I have worked so hard to really live out this dream again, and it’s really important to me. I don’t know if I’m doing it right, and I’m scared if it’s going to be received well. I don’t ever want to feel like something that I’m doing is not being respected at the very least.”

“You don’t have to understand or appreciate my creative journey, but at least respect it,” Candiace concluded.

“I’m sorry for that,” Mia responded. “Now I know my boundaries with you, and I’ll be mindful of that, and I’ll try not to purposely hurt you.”

“Thank you, I appreciate you saying that,” Candiace said, while Mia added in her confessional, “I never want to intentionally hurt someone, but I’m going to forever be honest, and now I can kind of know how to maneuver around Candiace.”

Next, it was Candiace’s turn to apologize. “So now to you. I was not aware that you had stuff with your mom. Honestly, when I said your mother’s low budget, I did not realize that I was pushing a button in you that is traumatic and hurtful. I don’t ever want to be responsible for contributing to that kind of hurt,” she said.

“I would prefer for you to attack me, always, because, I mean, she did time in prison, she is a recovering addict, and she’s doing well for herself, and she’s really strong into her word, she goes to church, she reads her Bible every morning,” Mia said of her mom.

“I just don’t want her to be hurt by anybody’s comments that she had nothing to do with. It’s not fair because she’s worked too hard for her sobriety, and I want her to stay there,” she added.

Mia also shared more of her mother’s backstory, revealing that she has been sober for 10 years and was in prison for eight.

“Her mom and her dad both died while she was in prison so she didn’t get a chance to bury her parents,” she said.

“Typically they let people out to bury their parents,” Gizelle Bryantcommented, as Mia explained, “So we were able to get her out, she chose not to because they wouldn’t take the shackles off of her ankles, and she didn’t want to come into the church in shackles.”

Mia then began crying remembering the deaths of her grandparents. “That was a hard day, I’m sorry,” she said. “Because my grandmother was everything. You know, she did the best that she could with her.”

Candiace, meanwhile, seemed to be seeing Mia in a whole new light. “I know how I have felt having my mom issues, I can’t imagine going through what Mia has gone through,” she told the cameras, later adding, “I’m grateful that I have been given this information about who she is for real.”

“Thank you for apologizing for that, and you know, we good,” Mia told Candiace, who confirmed, “Yes.”

‘The Real Housewives of Potomac’ airs Sundays at 8 p.m. ET on Bravo.

The post Mia Thornton and Candiace Dillard Tearfully Apologize to Each Other After Explosive Fights on ‘The Real Housewives of Potomac’ appeared first on LOVEBSCOTT. 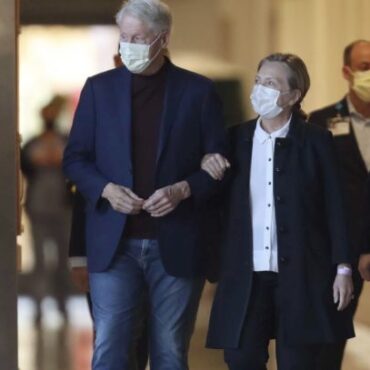 Former President Bill Clinton arrived Sunday at his home in New York to continue recovering from an infection that left him in treatment for six days at a Southern California hospital. via: Complex “His fever and white blood cells count are normalized and he will return home to New York to finish his course of antibiotics. On behalf of everyone at UC Irvine Medical Center, we were honored to have […]