Meghan Markle’s Dad Is Running His Mouth Again! Says He Doesn’t Think BRF Is Racist & He’s Going To Continue Talking To The Press

Thomas Markle, Meghan Markle’s estranged father, is speaking out after Meg & Prince Harry’s jaw-dropping interview with Oprah. He says he doesn’t think the British Royal Family is racist and he says if she didn’t ghost her family, she wouldn’t have been suicidal. With family like this….

Meghan Markle & Prince Harry’s explosive interview with Oprah is still making waves in the media after it aired Sunday night in the United States. It aired for the first time in the UK last night (their time) and now the Brits are sounding off. And they aren’t the only ones. Meghan’s estranged father, Thomas Markle, didn’t waste any time to get in front of a camera to respond.

During the explosive sit-down interview, Meghan opened up about feeling “betrayed” by her father for speaking to the British tabloids behind her back about their father-daughter relationship, or lack thereof.

“There was such an obsession about anything in my world, including tracking down my parents. And I did everything I could to protect both of them in that media frenzy,” she said. “But for over a year, the U.K. tabloids were trying to find my dad, offering people so much money to try to find his address. Once they did, I remember being told there was a huge headline like, ‘We found him’ or ‘We’ve got him.’ You’re talking about someone’s father. And from that point, the tabloids, they moved into the apartment next door and across from him. Descended on this small town, which is giving him gifts. The whole thing brings us to where we are today.”

Peep the bonus clip (that was shared after the airing of the original CBS interview) below:

During the interview that aired on CBS, the 39-year-old former “Suits” actress reflected on how much she has lost over the last few years and how she’s staying strong through it all.

“I grieve a lot,” she said. “I mean, I’ve lost my father. I lost a baby. I nearly lost my name. I mean, there’s the loss of identity. But I’m still standing, and my hope for people in the takeaway from this is to know that there’s another side.”

Thomas Markle, Meghan’s father, appeared on “Good Morning Britain” to respond to his daughter and son-in-law’s candid interview. The 76-year-old said he hasn’t spoken to either of them in years and that he’s “very disappointed” by the interview.

“I’ve apologized for this thing, what happened, at least a hundred times, or so,” he said, referencing his collaboration with tabloids.

In October 2019, Thomas, a former lighting director for American soaps and sitcoms, shared with the British tabloids a private letter Meghan wrote to him, which ended up getting published in the Mail on Sunday. The Duchess of Sussex filed a privacy lawsuit against the outlet for publishing contents of the letter and she recently won!. The Mail on Sunday has also been ordered to print a notice on page three stating that the paper “infringed her copyright” by publishing parts of the letter the royal wrote to her father, according to Variety.

Meghan’s father – who was married to Meghan’s mother, Doria Ragland, from 1979-1987 – claims he was using the tabloids because Meg & Harry wouldn’t get in contact with him.

“The bottom line is I’ve never heard back from Meghan or Harry in any way shape or form,” he continued. “When they say that I’m taking advantage of the press, well, basically what I do, because I haven’t heard from them, is I’ll do a story for the press,” he admitted.

“If I don’t hear from them in 30 days, then I’ll do another story for the press.” Thomas revealed.

He said he “would love to hear from them” and when he does, that’s when he’ll stop talking to the press.

“Because they’re not talking to me,” he said. “When they decide to talk to me, I’ll stop talking to the press.”

During another segment, Thomas reacted to the revelation Meghan shared where someone in the royal family (not the Queen & not Prince Philip) had “concerns and conversations about how dark Archie’s skin was going to be” before he was born.

Come again? Has Thomas ever even MET the British Royal Family to make this assumption? Make it make sense.

“The thing about what color will the baby be or how dark will the baby be — I’m guessing and hoping it’s just a dumb question from somebody … It could be somebody asked a stupid question. Rather than being a total racist,” he insisted.

“This whole thing about color and how dark the baby is, is bullsh*t,” he said.

How is this man calling something BS and he doesn’t have an open line of communication with his daughter? How on earth would he know ANYTHING about what she’s experienced? Ugh.

During the interview, Thomas seemingly blamed Meghan’s suicidal thoughts on the fact she “pretty much ghosted” her family.

“Had I known she had psychological problems, I would have been there for her,” he said.

Thomas also used that tired line that Meg & Harry shouldn’t have let their “over the top” interview air now considering his grandfather, Prince Philip, is in the hospital recovering from a heart procedure.

“They should have waited, considering the queen’s age and Philip’s age,” he said.

Prince Philip is 99 and The Queen is 94. Peep his interview below:

Thomas Markle is really ON ONE and needs to have several seats.

In case you missed, check out the highlights from Meghan & Harry’s interview with Oprah HERE and get all of the bonus clips HERE. 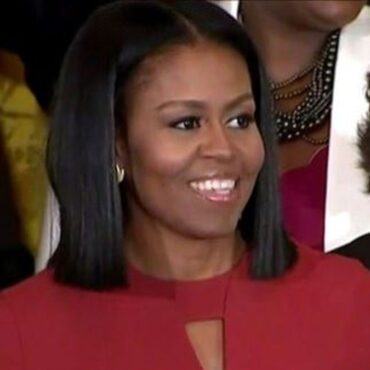