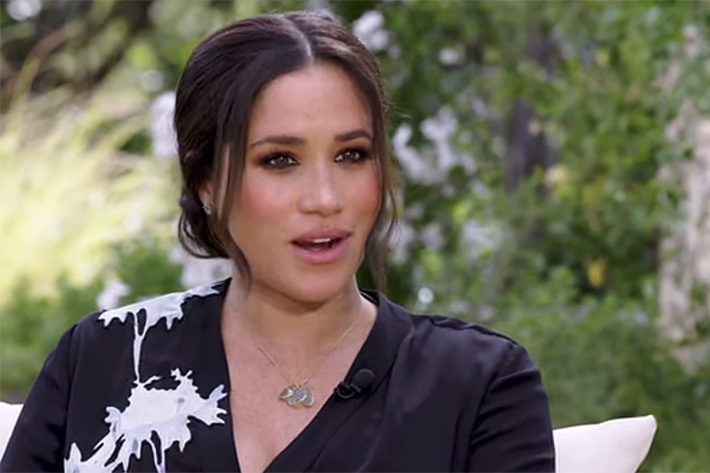 Meghan Markle is speaking her truth — even with the Palace attempting to cloud the press with unfounded bullying accusations.

In a new preview for the upcoming interview between Oprah Winfrey and Meghan and Prince Harry, the former actress said that she doesn’t see how the royal family could expect her and her husband to stay “silent.”

“How do you feel about the palace hearing you speak your truth today?” Winfrey, 67, asked Meghan in the sneak peek shared by CBS Wednesday.

“I don’t know how they could expect that after all of this time, we would still just be silent if there is an active role that the Firm is playing in perpetuating falsehoods about us,” Meghan said — “the Firm” referring to the institution of the royal family. “And if that comes with risk of losing things, I mean I — there’s a lot that’s been lost already.”

In a clip of the anticipated interview released over the weekend, Winfrey told Meghan and Harry, “You’ve said some pretty shocking things here.”

On Wednesday, Buckingham Palace announced that it will be launching a probe into bullying allegations against Meghan that were first reported by The Times in the U.K. Tuesday.

“We are clearly very concerned about allegations in The Times following claims made by former staff of The Duke and Duchess of Sussex,” the palace said in a statement. “Accordingly, our HR team will look into the circumstances outlined in the article. Members of staff involved at the time, including those who have left the Household, will be invited to participate to see if lessons can be learned.”

“The Royal Household has had a Dignity at Work policy in place for a number of years and does not and will not tolerate bullying or harassment in the workplace.”

The Duchess of Sussex has denied the allegations.

In a statement obtained by PEOPLE after The Times published their story on Tuesday night, a spokesperson for Meghan and Harry said, “The Duchess is saddened by this latest attack on her character, particularly as someone who has been the target of bullying herself and is deeply committed to supporting those who have experienced pain and trauma. She is determined to continue her work building compassion around the world and will keep striving to set an example for doing what is right and doing what is good.”

The CBS interview is expected to cover Meghan’s journey from stepping into life as a royal to marriage, motherhood, philanthropic work and facing intense public pressure. Harry will then join his wife to talk about their historic move to the United States.

Oprah with Meghan and Harry airs Sunday at 8 p.m. on CBS. Check out the latest preview below.

The post Meghan Markle Tells Oprah the Palace Had an ‘Active Role’ in ‘Perpetuating Falsehoods’ About Her and Prince Harry [Video] appeared first on LOVEBSCOTT. 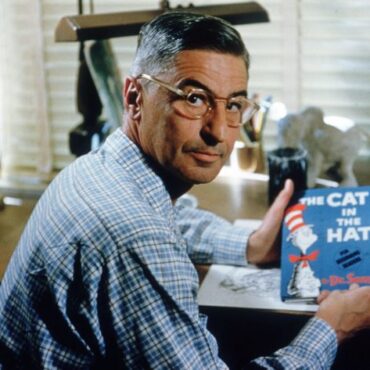 Dr. Seuss’ Stepdaughter Says Pulling His Racist Books Is a ‘Wise Decision’ — But Insists Seuss Himself Was Not Racist

Dr. Seuss’ stepdaughter, Lark Grey Dimond-Cates, is clarifying her stance on her late stepfather following the announcement that several of the author’s books will no longer be published due to racist imagery. via People: Dimond-Cates said pulling the titles was a “wise decision,” but insisted that her stepfather was not racist during an interview with the New York Post. “There wasn’t a racist bone in that man’s body — he […]