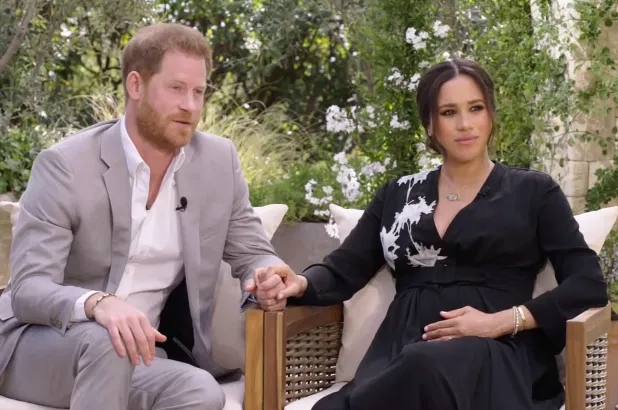 According to the press, royal aides have reportedly accused Meghan of “bullying.”

On Tuesday, The Times in the U.K. claimed that the Duchess of Sussex faced a bullying complaint made by one of her close advisers during her time as a working royal at Kensington Palace — something her office has strongly refuted.

“The Duchess is saddened by this latest attack on her character, particularly as someone who has been the target of bullying herself and is deeply committed to supporting those who have experienced pain and trauma,” a spokesperson for the Duke and Duchess of Sussex said in a statement obtained by PEOPLE. “She is determined to continue her work building compassion around the world and will keep striving to set an example for doing what is right and doing what is good.”

Says one observer of the timing of the new report given the looming Oprah Winfrey interview: “The whole thing reminds me of an old rugby saying: ‘Get your retaliation in first.’ “

The complaint, which The Times reports was made in October 2018 by the couple’s former communications secretary Jason Knauf, claimed that Meghan drove two personal assistants out of the household and undermined the confidence of a third staff member.

The Times says Knauf submitted the complaint in an effort to protect palace staffers who were allegedly bullied by the Duchess of Sussex, at times reduced to tears. One royal aide, who anticipated a confrontation with Meghan, is alleged to have told a colleague: “I can’t stop shaking.”

In February 2019, several of Meghan’s friends told PEOPLE that the Duchess herself had been the victim of “global bullying” by the tabloid press, with a friend noting, “Meg has silently sat back and endured the lies and untruths.” One report in November 2018 in the Mail on Sunday branded the Duchess — who is the first woman of color in the royal family in modern history — “Hurricane Meghan” and claimed that she “bombarded aides” with 5 a.m. emails and texts.

In the story published in The Times on Tuesday, a source says that Harry pleaded with Knauf not to pursue the HR complaint. According to The Times, lawyers for Meghan, 39, and Harry, 36, deny that any meeting took place or that the Duke of Sussex would have interfered with any staff matter.

Knauf reportedly sent an email to Simon Case, Prince William’s private secretary at the time and now the cabinet secretary, after conversations with Samantha Carruthers, the head of HR. Case then forwarded it to Carruthers.

In his email, Knauf said Carruthers “agreed with me on all counts that the situation was very serious.” He added: “I remain concerned that nothing will be done.” (PEOPLE has not independently corroborated The Times report.)

A spokesperson for the Sussexes told The Times in a statement: “Let’s just call this what it is — a calculated smear campaign based on misleading and harmful misinformation. We are disappointed to see this defamatory portrayal of The Duchess of Sussex given credibility by a media outlet. It’s no coincidence that distorted several-year-old accusations aimed at undermining The Duchess are being briefed to the British media shortly before she and The Duke are due to speak openly and honestly about their experience of recent years.”

The report comes five days before Meghan and Harry’s interview with Oprah Winfrey is due to air on CBS. The interview is expected to cover Meghan’s journey from stepping into life as a royal to marriage, motherhood, philanthropic work and facing intense public pressure. Harry will then join his wife to talk about their move to the United States and their expanding family.

In a preview of the interview, Winfrey says, “I just want to make it clear to everybody there is no subject that’s off-limits,” adding, “Were you silent or were you silenced?” and “‘Almost unsurvivable’ sounds like there was a breaking point.”

The Times story also includes a claim that Meghan wore earrings during her 2018 visit to Fiji that had been a wedding gift from Crown Prince Mohammed bin Salman of Saudi Arabia, who U.S. intelligence agencies have said approved the murder of journalist Jamal Khashoggi. PEOPLE has learned that the earrings were gifted on March 7, 2018, from the Saudi Arabian royal family. Neither the Duke nor the Duchess of Sussex was present when they were given at Buckingham Palace, and as is protocol for any wedding gift of this nature, they remain property of The Crown.

As for a claim in The Times story that Meghan cut short an engagement in Fiji because of her reservations about the U.N. Women’s organization, the group is featured as a partner on the Sussexes’ Archewell Foundation initiatives for International Women’s Day, and Meghan gave a keynote address to the group on gender equality in 2015.

Buckingham Palace recently confirmed in a statement that the couple — who left full-time royal work in March 2020 and recently announced that they are expecting their second child — will officially not be returning to their royal roles.

The palace statement added that Harry’s grandmother Queen Elizabeth, 94, decreed that in stepping away from royal work, “it is not possible to continue with the responsibilities and duties that come with a life of public service.”

In response, the couple stated, “We can all live a life of service. Service is universal.”

The post Meghan Markle ‘Saddened’ by ‘Attack on Her Character’ amid Bullying Allegations from Palace Staffers appeared first on LOVEBSCOTT. 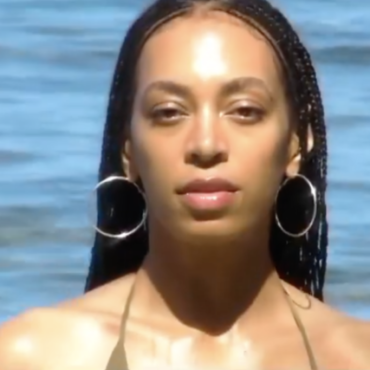 Solange says she was “fighting for my life” while recording her last album, ‘When I Get Home’ back in 2019. She celebrated the album’s 2-year anniversary with a special note reflecting on the process. “When I first started creating ‘When I Get Home,’ I was quite literally fighting for my life …in and out of hospitals … with depleting health and broken spirits asking God to send me a sign […]