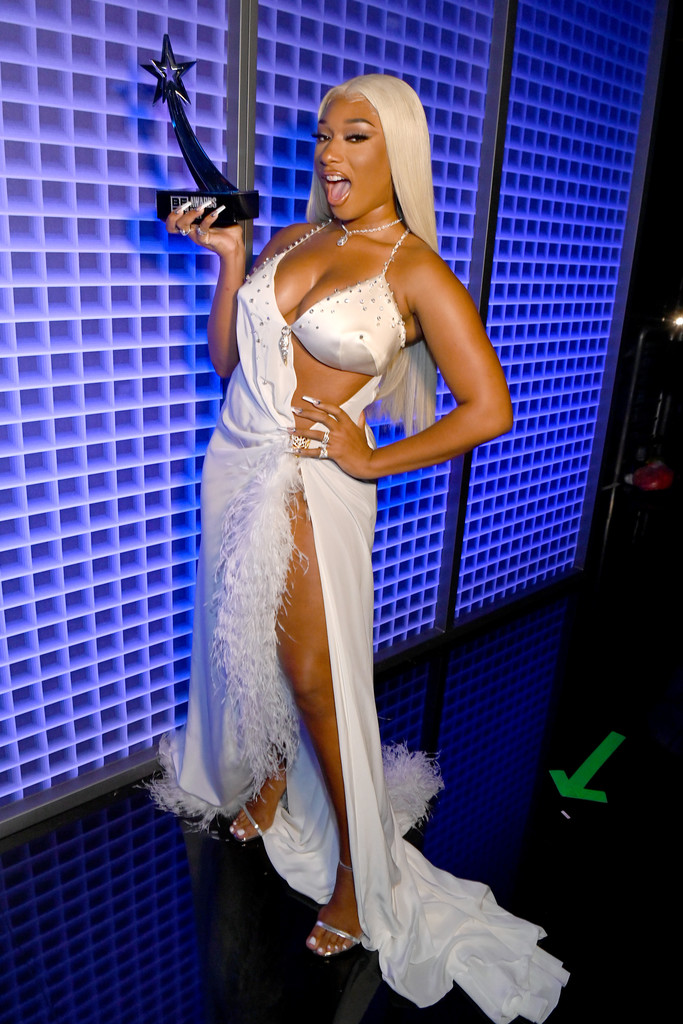 Megan Thee Stallion swept up the most awards at the 2021 BET Awards, nabbing four trophies to add to her collection of awards. During one of her acceptance speeches, she got a little emotional while thanking her late mother. See her heartfelt acceptance speech, her performance and MORE inside…

After being nominated for 7 BET Awards, the Houston Hottie came out as the top entertainer. She won four BET Awards, including Best Female Hip Hop Artist, Video of the Year and Best Collaboration for Cardi B‘s “WAP,” and Viewer’s Choice Award for “Savage (Remix)” featuring Beyonce.

While accepting the Best Female Hip Hop Artist Award, the Houston Hottie got emotional while thanking her mother (who was also her manager), Holly Thomas. Sadly, Meg’s mother passed away in 2019 due to a brain tumor. However, the 26-year-old rapper keeps the memories of her mom close.

“Everybody knows I am a girl’s girl, and I just want to say thank you, mama,” Megan said during her acceptance speech. “Thank you, mama, for even putting it in me to want to be a female rapper and putting the work ethic inside of me and the drive and the push.”

The “Thot Sh*t” raptress when on to thank Cardi B for putting her on “WAP,” which won the Best Collaboration and the Video of the Year Awards.

“Thank you, Cardi, for even putting me on ‘WAP’ because it makes me feel so good to be acknowledged by one of my peers, who I think so highly of,” she said.

The Savage x Fenty ambassador accepted the Video of the Year Award solo. The reason? Well, Cardi needed a breather backstage after her surprise pregnancy announcement.

Below is Meg’s speech:

And here’s Bardi backstage as Meg accepted the award:

And check out the Head Hottie’s Viewer’s Choice Award acceptance speech below:

The Good News rapper slayed the stage with a performance of her new single “Thot Sh*t.” The choreography was also on point (as always), and it gave Beyonce’s “Diva” vibes.

Check it out above.

The 2021 BET Awards afterparty was LITTY.

Did Meg’s boyfriend, Pardi, approve of this? We doubrt he’s complaining though.  Girls just wanna have some fun.

WE’RE OUTSIDE WITH IT: A LOOK AT THE 2021 BET AWARDS RED CARPET 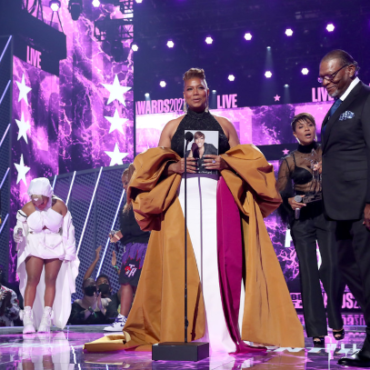