Megan Thee Stallion has been embroiled in an ongoing battle with her initial label, 1501 Certified Entertainment, and label head Carl Crawford. The label has reportedly been blocking the rapper from releasing music on her own terms, and though it looked like she was close to a new deal in the beginning of 2021, things still seem shaky for the Houston star, legally speaking.

According to TMZ and Variety, a remix of the track featuring Megan Thee Stallion is out there, but legal documents obtained by the publication claim 1501 Certified Entertainment is blocking Meg from letting it drop, at least according to Meg’s team.

Meg has previously gotten an order to prevent label boss Carl Crawford and 1501 from blocking new music releases, which TMZ reports she feels is happening here.

Meg has had public label troubles in the past, as she took to Instagram Live last March to share that the label was preventing her from dropping new material, later filing a lawsuit on the matter and asking a judge to throw away her contract.

If Megan gets approval to drop the reported “Butter” remix, it could mean big things for both her and the K-pop super group, as the song has already sat pretty at No. 1 on the Billboard Hot 100 for nine weeks (not currently), and a Meg feature surely doesn’t hurt it’s chances of landing back up there.

Hopefully Megan will win this one, because hearing her verse on “Butter” will make my summer. 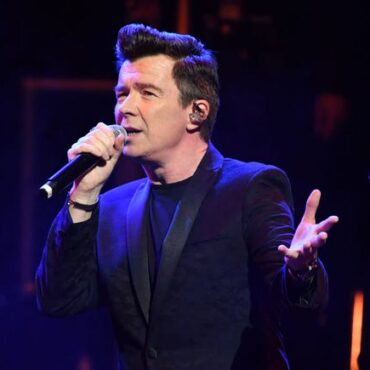 ‘Dancing,’ a Black Acrobat and Canadian Tuxedos: The Video for Rick Astley’s 1987 Jam ‘Never Gonna Give You Up’ Is The Gift that Keeps on Giving

Like most good things that happen in life, I re-happened upon Rick Astley’s song “Never Gonna Give You Up,” by accident—and it wasn’t by being Rickrolled, the prank-turned-phenomenon of sending somebody a video link that claims to be one thing—no Amerie...or Ameriie?—but is really a link to the video for Rick Astley’s…Read more...