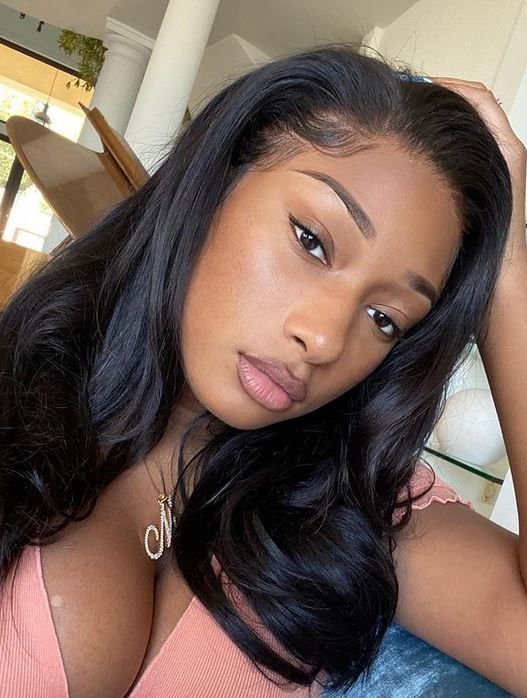 Megan Thee Stallion goes OFF after false reports that said she dropped the charges brought against Tory Lanez for allegedly shooting her started circulating. Peep Meg AND Tory’s reactions inside…

Megan Thee Stallion hopped on Twitter yesterday to clear up rumors that started circulating about the criminal case against singer Tory Lanez.

Apparently, a certain publication looked up information about Tory’s court hearing and when they saw “No information found” under the case, they automatically assumed MEGAN DROPPED the felony gun charges against Tory.

But here’s the thing…

The “WAP” rapper never pressed charges against the Canadian artist. The Los Angeles County District Attorney’s Office pressed charges against Tory, which include one felony count of assault with a semiautomatic firearm and one count of carrying a loaded, unregistered firearm in a vehicle. So, she couldn’t have dropped the charges brought up against him.

New York Times reporter Joe Coscarelli spoke to a rep for Tory who confirmed the rumors are false:

a rep for Tory Lanez says it is NOT TRUE that charges against him in the Megan Thee Stallion shooting were dropped: “The blog that posted this info is wrong. I assume the docket hasn’t been updated … The next hearing date is in mid-February.”

”A rep for Tory Lanez says it is NOT TRUE that charges against him in the Megan Thee Stallion shooting were dropped: ‘The blog that posted this info is wrong. I assume the docket hasn’t been updated … The next hearing date is in mid-February.’”

A rep from the Los Angeles County District Attorney’s Office told Complex the next court date is set for February 25th, following the originally scheduled hearing date of January 20th.   But it didn’t matter, because those who were already dead set on believing Tory did nothing and Megan is lying about being shot by him (apparently they think the blood leaking from her feet on the police video we all saw was…..fake too?), took the lie and ran with it.

The “Body” rapper caught wind of the rumors about the case and decided to respond. She SLAMMED people for making light of the trauma she went through after she was allegedly shot in the feet by Tory.

“AT THIS POINT IM GETTING ANNOYED!” she began in a series of tweets. “STOP BELIEVING EVERYTHING YOU READ ON THE MF INTERNET. Imagine how I feel waking every day seeing people LIE and turn my trauma into a joke ? That whole team figures out ways to create doubt with my story every week and the media eats it up.”

Meg said the inauguration caused the hearing to get pushed back. And she popped off on Tory, reminding him he’s going to JAIL.

“Y’all can’t tell when shit fake news? Y’all still don’t see an ABUSER picking with me ? The first court date got pushed back bc of the inauguration but I can’t wait until the MF FACTS come out ! B*tch you shot me AND MY STORY NOT CHANGING AND B*TCH YOU GOING TO JAIL,” she tweeted.

Meg also went off on everyone who thinks she’s lying:

”How tf I get shot now I’m the worlds biggest mf villain !? All y’all pussy ass niggas and pick me ass hoes GONE EAT YO MF WORDS,” she tweeted.

A fan asked the Houston Hottie why she kept bringing up the Tory Lanez situation and she responded:

”are you living under a rock ?! You think I brought this up today ?! AND IF I WANNA KEEP TALKING ABT ME GETTING SHOT I CAN TF ?”

”Y’all so believe black women and protect black women online BUT WHEN I LITERALLY SAY I GOT SHOT ITS CONFUSING,” she continued tweeting. “Trauma is real I’m still traumatized from loosing my mom dad and one of my grandmothers and on top of that being shot. I’m not open abt anything on the internet usually bc I like to keep my emotions private but I’m reaching my limit, Im going to keep staying positive.”

Peep her tweets, plus Tory’s “positive” tweet he posted yesterday below:

”I will continue my 2021 unproblematically.. just wanna make great content for my fans much love y’all,” he tweeted. Oh.

In October, Tory Lanez (real name Daystar Peterson) was charged with one felony count of assault with a semiautomatic firearm and one count of carrying a loaded, unregistered firearm in a vehicle. He also faces an additional gun charge and that he personally inflicted great bodily injury. A judge ordered him to stay at least 100 yards away from Meg and told him he can not make any contact with her as well.

In November, he pleaded NOT guilty to all of the charges. He also released his DAYSTAR album where he made claims that he didn’t shoot Meg. If he’s convicted, he faces a possible maximum sentence of 22 years and 8 months in prison.

The felony charges stem from a shooting incident that went down back in July after Meg & Tory were partying with Kylie Jenner. The “Savage” raptress revealed in an IG Live Tory shot her in both her feet as she exited the car they were traveling in. Afterwards, she had to undergo surgery for her injuries. Meg also accused Tory and his camp of a smear campagin where they allegedly created fake emails posing as her team to feed FALSE information to the media. SMH.

There were two other people in the vehicle during the shooting incident: Tory’s security guard and Meg’s former best friend, Kelsey Nicole. Meg and Kelsey had a falling out after the shooting incident and are no longer friends. It’s unclear what exactly happened between them, but it had something to do about the details surrounding the shooting incident. It’s clear Kelsey longer deals with Megan. Kelsey has posted several videos of herself hanging out with 1501 Certified Entertainment CEO Carl Crawford. As you know, Meg sued her label in March 2020 to be let out of her contract. She has also posted shady comments about Meg on social media.

With everything she has going on, Meg isn’t letting the 2020 drama take over 2021. She’s busy in Hot Girl Boot Camp to get her body even more snatched:

Hot Girl Summer will be here before you know it! 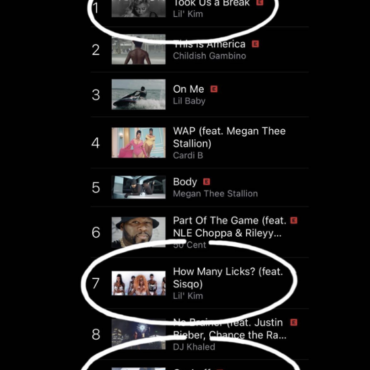 Lil Kim reveals the only person in the industry she wants to play her in a biopic would be Teyana Taylor. Naturally, Teyana – a huge Lil Kim fan – said she would be honored to do so. Peep their exchange inside… With everyone getting a biopic these days there’s no surprise one would be done on one of the hottest female rappers in Hip Hop: Lil Kim. While nothing […]