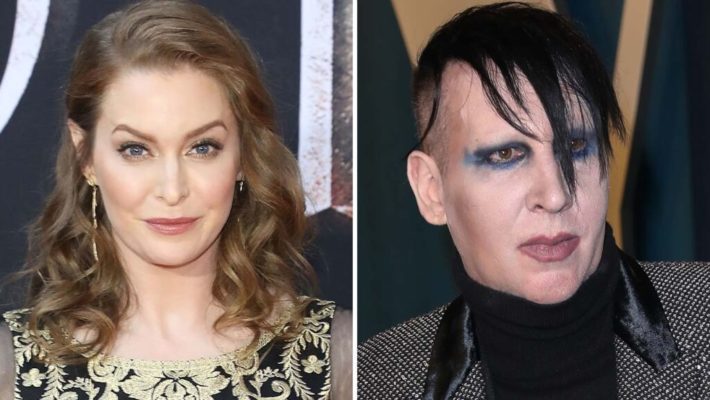 Esmé Bianco, a British actress who appeared on “Game of Thrones,” has a federal lawsuit against Marilyn Manson accusing him of rape and other acts of sexual violence.

Bianco first came forward on Feb. 10, as more than a dozen other women were also making allegations against Manson. At the time, she told The Cutthat Manson had subjected her to psychological abuse, whipped her, cut her and chased her around his apartment with an ax.

The lawsuit lays out Bianco’s allegations in similarly shocking detail. She alleges that Manson — whose legal name is Brian Warner — raped her in May 2011. She also alleges that he repeatedly used drugs, force and threats to coerce her into other sexual acts. She accuses him of spanking, biting, cutting and whipping her without her consent during sex acts.

According to the complaint, Manson flew Bianco to Los Angeles in 2009 for what she thought would be a music video shoot. The lawsuit describes the four-day shoot as a harrowing experience, in which she was kept in Manson’s home and made to wear lingerie the entire time. She alleges that Manson would fly into rages and destroyed camera equipment. She also claims that he locked her in a bedroom, tied her to a prayer kneeler and whipped her, and subjected her to electric shocks. The music video was never produced.

She says that later that year, Manson visited her in London and they began a consensual sexual relationship. But she also alleges that Manson enforced a strict dress code on her, bit her without consent, groped her in public and tried to have a minor come back to their hotel.

In 2011, Bianco alleges that Manson invited her to come stay with him in L.A., and offered to cast her in a film called “Phantasmagoria.” She spent two and a half months with him, the suit states, “enduring constant abuse.”

“Mr. Warner controlled Ms. Bianco’s movements and threatened to interfere with her visa process,” the suit alleges. “Mr. Warner alternately kept Ms. Bianco awake for days at a time and then would lock her out of the apartment overnight.”

She alleges that Manson kept the apartment at 63 degrees, and got mad if she tried to adjust the thermostat. Bianco also states that the apartment was kept in near total darkness, with violent and sexually explicit movies playing throughout. She states that she once escaped the apartment while Manson slept, and that he became angry and threatened to have her visa revoked. Bianco also claims that he chased her with an ax and cut her with a “Nazi knife” during sex.

“It took Ms. Bianco years to understand the extent of Mr. Warner’s physical, sexual, psychological, and emotional abuse,” the suit alleges. “Her career suffered due to the deterioration of her mental health caused by Mr. Warner. She deals with complex Post-Traumatic Stress Disorder, anxiety, depression, and panic attacks to this day as a result.”

The suit accuses Manson of sexual assault and battery, and of violating the federal anti-trafficking law.

On Feb. 1, Evan Rachel Wood accused Manson of “horrifically” abusing her over the course of several years, and said she was “brainwashed and manipulated into submission.”

Manson responded later that day on Instagram, saying the allegations were “horrible distortions of reality.”

“My intimate relations have always been entirely consensual with like-minded partners,” he wrote. “Regardless of how — and why — others are now choosing to misrepresent the past, that is the truth.”

So, what we’ve learned this past year is that Marilyn belongs in somebody’s jail. 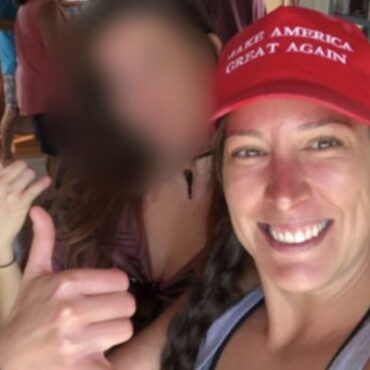 The family of Capitol rioter, Ashli Babbitt, plans on suing the police department and the officer who fired the shots that killed her for at least $10 million. via Complex: The news comes after close to two weeks after the Justice Department declared that it would not file criminal charges against the officer who killed Babbitt. The attorney for the Babbitt family, Terrell Roberts, told CNBC that the family has not determined […]