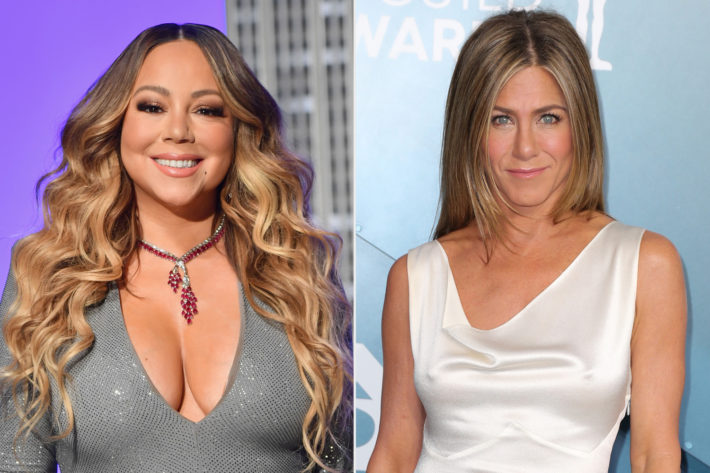 In the image, Carey, 51, can be seen performing on stage with wavy locks that are seen up in a half-ponytail.

“#FBF A sad attempt at the Rachel hairdo ?,” the “We Belong Together” singer captioned the photo, adding the hashtag “#friends” at the end.

However, Aniston, 52, felt that Carey effortlessly pulled off the hairstyle as she wrote, “LOVE IT ?,” in the comments section of the post.

Friends: The Reunion, hosted by James Corden, saw the show’s famous cast — along with co-creators Marta Kauffman and David Crane and executive producer Kevin Bright — share a number of delightful behind-the-scenes tidbits from their time working on the NBC series, which ran for 10 seasons from 1994 to 2004.

Walking back onto Stage 24 at Warner Bros. Studios, the former castmates — Courteney Cox, Lisa Kudrow, Matt LeBlanc, Matthew Perry, David Schwimmer and Aniston — were taken aback by the site of meticulously recreated sets they hadn’t visited in 17 years: Joey and Chandler’s bachelor pad, Monica and Rachel’s apartment, and even Central Perk, where the thrift-store-find orange couch was always reserved for them.

“I was flooded with 10 years of irreplaceable memories,” Cox, 56, told PEOPLE exclusively of the reunion as LeBlanc, 53, added, “It’s funny, when we do get together, it’s like no time has passed. We pick up right where we left off.”

The long-awaited Friends: The Reunion special is streaming on HBO Max.

The post Mariah Carey Shows Off Past Attempt at ‘The Rachel’ from Friends and Jennifer Aniston Responds [Photo] appeared first on LOVEBSCOTT. 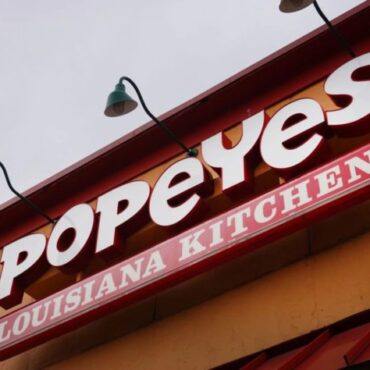 Police in Missouri say they’ve opened a criminal investigation after a sign appeared outside a Popeyes restaurant claiming it would ‘refuse service to white people’. via: Complex Police said they’re pretty confident the sign was posted by someone who isn’t a Popeyes employee after surveillance video IDed the suspect. The sign, which made the rounds on social media in St. Charles County reads, “Effective 6-1-21, this restaurant is under new […]