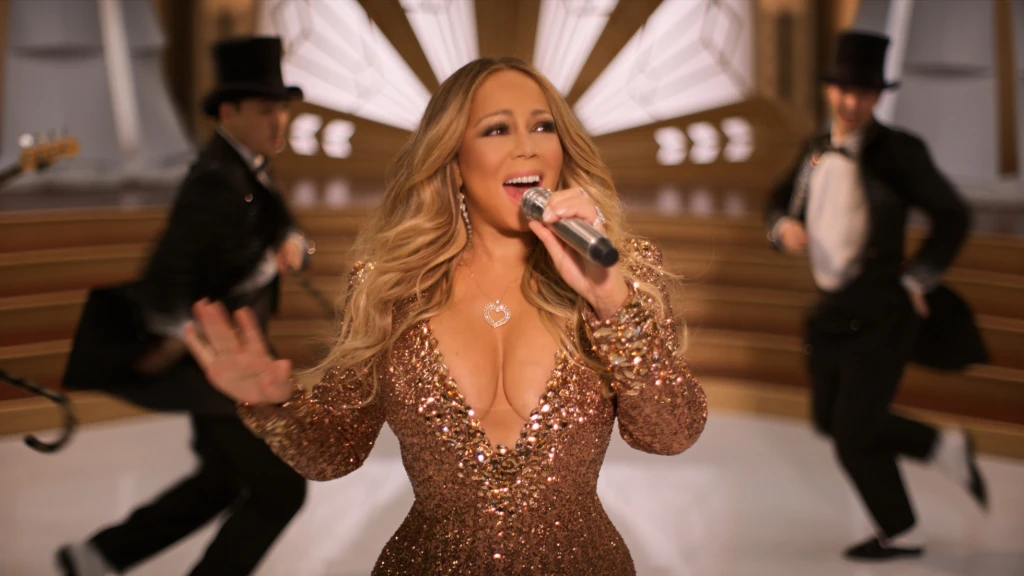 Did you catch Mariah Carey’s ‘The Magic Continues’ Christmas special on Apple TV+?

That stunning Dolce & Gabbanna gown she wore throughout the special weighed about 60 pounds — and you already know Mariah wasn’t carrying it around herself.

“You want to laugh? It required six grown men to carry the train of that dress to get me down the stairs,” Carey, 52, revealed during a Friday appearance on Lorraine.

Asked by the ITV presenter whether she always has a gaggle of guys on call to hold her train, the singer quipped, “Sometimes it’s five, sometimes it’s six … it depends on the beading.”

And as Carey told Vogue while promoting her special, this particular costume was beyond blinged-out.

“The dress itself took 250 hours to bead,” she said, “[and] the beading is not your average beading. The stones themselves were gigantic, but they still looked beautiful and shined. It was magnificent, but it hurt like a mother to wear it.”

Of its considerable weight, Carey added, “Everybody was like, ‘Oh, she’s exaggerating,’ until they held it for two seconds.”

“I’ve watched Mariah take scissors and cut a designer beaded gown into a mini dress while it was on her … because that’s what she wanted to wear,” he recalled.

The ever-glam diva’s follow-up to 2020’s “Mariah Carey’s Magical Christmas Special” features more than just heavy-metal fashion; it includes the debut performance of Carey’s “Fall in Love at Christmas” featuring Khalid and Kirk Franklin, along with cameos from her 10-year-old twins, Moroccan and Monroe.

Check out the special on Apple TV+ now. 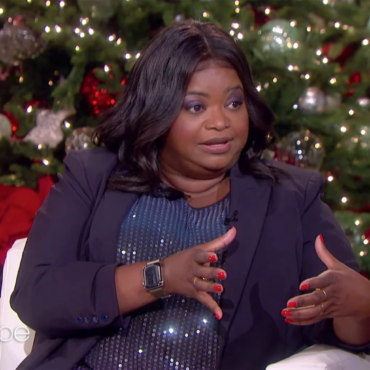 Octavia Spencer has revealed that the ghost of an unnamed, old-Hollywood Western film star is currently residing in her house. via NYP: During an appearance on the “Ellen DeGeneres Show” on Friday, the “Hidden Figures” star opened up about the ghostly presence. “I grew up watching Westerns, and I bought this house, and it was owned by a guy who did Westerns, so I must have been a fan of […]