Malik Beasley’s Estranged Wife Alleges He’s A Deadbeat Who Barely Talks To Their Son, Says They Have Moved 8 Times & Claims She Took A Charge For Malik 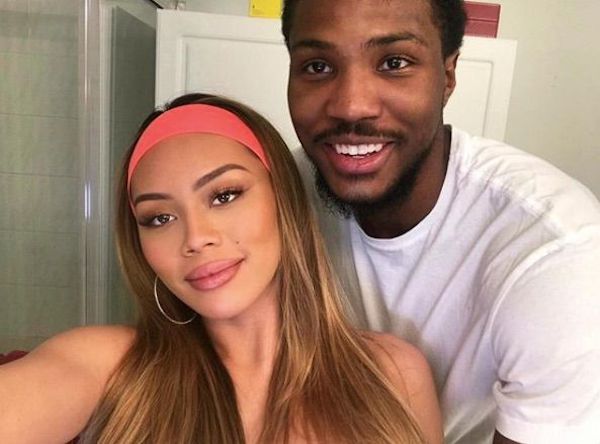 NBA star Malik Beasley‘s estranged wife, Montana, is fed up, and she’s now making some jaw dropping claims about the man she married three years ago. Her allegations inside about Malik being a deadbeat, why she and their son have no stable place to live, and why she has a criminal record because of Malik.

Montana Yao slapped Timberwolves baller Malik Beasley with divorce papers this past December after he suddenly started parading around on vacays and in public with Larsa Pippen.  Montana says she found out about their relationship at the same time as the rest of the world, and has blasted him for cheating and breaking up their family.

Despite both Malik and Larsa attempting to justify their behavior, Montana isn’t letting them off the hook.  And at this point, she is fed TF up. 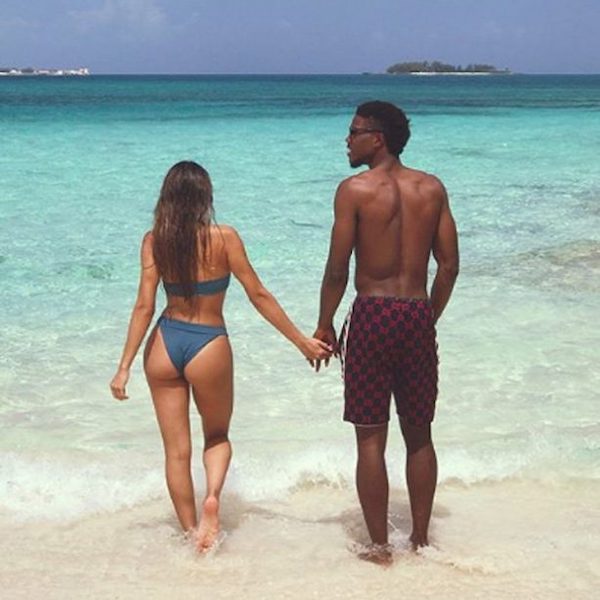 Apparently, all those romantic vacays (above) and starting a family with their now 2-year-old son Makai didn’t mean things were perfectly fine between the two.  At least not for Malik.  Because the 24-year-old baller suddenly started a relationship – while married – with 46-year-old Larsa Pippen. He claims things were over with Montana, but it def doesn’t seem like Montana was made aware.  Even Larsa has chimed in saying Malik told her he was getting out of a relationship when they first started dating.

I ain’t perfect and I definitely thought I was .. and I apologize for that young bull.. I have made mistakes but have learned from them.. I will make up for the time that I have missed and the struggles I have put you through.. you are a young king and you deserve to live that way. Learn from me..I love you and miss you Makai .. daddy has been working on himself.. I’ll be seeing you soon don’t worry  #throwbackthursday

Now that Malik has been posting on social media about his little “king” Makai and doing anything for him, Montana has had enough.  And she took to her Instagram this afternoon to say Malik is full of ish, and he hasn’t done anything to help their son have a stable life since the split.  She said they were put out of the house with just two suitcases, have now moved around 8 times, and she is looking for ways to make money herself as she’s relying on her retired parents for help.  She says Malik’s parents have never called to check on their grandson, and Malik has only called a few times since December.  He hasn’t seen him at all since then, she says.

Malik is apparently saying in court he doesn’t know if the child is his, while definitely claiming Makai on social media, and he’s also claiming in court he has no money to give Montana.  She revealed he just purchased a $3M home and a new car, though.

The other shocking allegation is that she is now facing criminal charges because she “took a charge” for Malik.

On February 25th, the NBA said via press release that Malik Beasley was suspended due to “committing a crime of violence” and pleading guilty to a felony charge:

Minnesota Timberwolves guard Malik Beasley has been suspended 12 games without pay for pleading guilty to a felony charge of threatening to commit a crime of violence for the purpose of terrorizing another person, in violation of the law of the State of Minnesota, the NBA announced today. The incident occurred on Sept. 26, 2020. Beasley will begin serving his suspension on Saturday, Feb. 27 when the Timberwolves visit the Washington Wizards.

It’s unclear what the September 2020 incident was exactly.

Montana went on to detail how Malik has supposedly avoided seeing his son “due to Covid,” but he supposedly had a woman in his room during Covid protocols during the NBA season last year.

Montana says she’s emotionally drained and her parents, who are high risk, are also drained.  She says she doesn’t know the man she married 3 years ago: