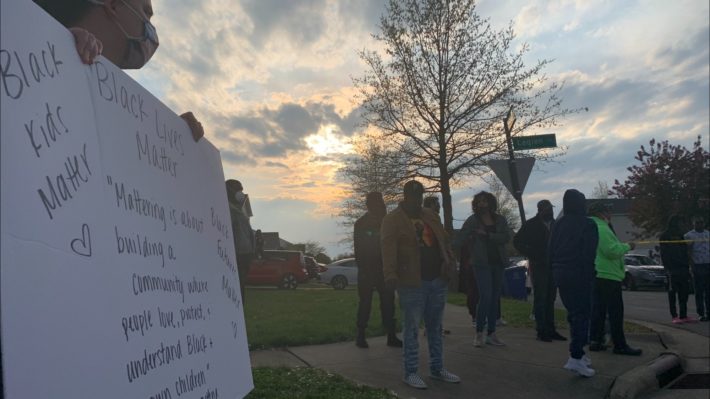 Ma’Khia Bryant is a 16-year-old girl who was shot and killed by a Columbus, Ohio, police officer shortly before the Derek Chauvin verdict was announced.

Ma’Khia’s mother Paula Bryant confirmed her identity with local news reporter Lacey Crisp. She was shot and killed by a police officer in southeast Columbus Tuesday after officers were called to her home just after 4:30 p.m. for a disturbance.

Family said it was Bryant who called the police because girls were fighting outside the house at the 3000 block of Legion Lane.

According to The Sun, cops were responding to calls about an attempted stabbing and arrived on the scene to find Bryant wielding a knife. What prompted an officer to shoot the teenager remains unclear but she was taken to Mount Carmel East in critical condition, where she died.

Ma’Khia’s mother said her daughter was a “very loving, peaceful little girl” who was a honor roll student. “Ma’Khia had a motherly nature about her. She promoted peace and that’s something I always want to be remembered,” said Paula Bryant.

“Ma’Khia had a motherly nature about her. She promoted peace,” said the 16 year-old girl’s mother, Paula. pic.twitter.com/vhBauZn3Kc

In a statement tweeted Tuesday evening, Mayor Andrew Ginther said “a young woman tragically lost her life” and that cops were wearing body-cameras. “We do not know all of the details,” Ginther said before asking people to “remain calm” pending an investigation to gather additional details.

— as they do with all CPD-involved shootings. We will share information that we can as soon as it becomes available. I’m asking for residents to remain calm and allow BCI to gather the facts.

“There is body-worn camera footage of the incident. We are working to review it as soon as possible. BCI is on the scene conducting an independent investigation,” the mayor tweeted, adding, “— as they do with all CPD-involved shootings.” Ginther continued, “We will share information that we can as soon as it becomes available. I’m asking for residents to remain calm and allow BCI to gather the facts.”

Shortly after word spread of the officer-involved shooting of a Black teenager, protesters gathered in the area. Videos show people outraged at police and one woman on the scene who said she was Bryant’s aunt described her niece as a “good kid.”

More people asking police “were they wearing body cameras?” This as police are investigating an officer involved shooting on Legion Lane. One person died around 5:20 pm pic.twitter.com/ri7lNGfHup

“You ain’t going to have my niece go out like that. Either you report the truth or you don’t report nothing,” she told reporters. “She was a good kid. She was loving. Yeah she had issues, but that’s okay. All of us go through sh*t. She was 15 mother f**king years old. She didn’t deserve to die like a dog in the street.”

The shooting happened just as former Minneapolis police officer Chauvin was found guilty on all three charges in the murder of Floyd. Mayor Ginther weighed in on the verdict about an hour before Bryant was shot.

“This verdict is the best outcome following the tragic and unnecessary loss of life. It brings some measure of justice for those who knew and loved George Floyd, but it will not restore his life,” Ginther tweeted. “Nor will it erase the centuries of racial injustice that continues to plague our nation. As Rev. Dr. Martin Luther King Jr. said, ‘The arc of the moral universe is long, but it bends toward justice.’ Today the system worked.”

Story continues to develop, condolences to the family of Ma’Khia Bryant. 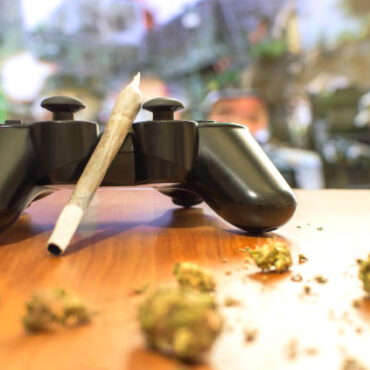 It’s 4/20, So Here Are Some of the Best Games to Roll Something Up With

Happy 4/20 folks! As you hopefully know, I’m the resident gamer person at The Root. In addition to playing quite a few video games, I also smoke quite a bit of weed. For obvious reasons, the last year saw me engaging in quite a bit of both those things. So, on this most sacred of holidays, I come before you with some…Read more...