#BlackExcellence filled the room when makeup and hair styling team from Ma Rainey’s Black Bottom won an Oscar. Mia Neal and Jamika Wilson made history as the first black women to win an Academy Award for hair and makeup. Celebrate with them inside…

It was a historic night for two black women at the 93rd Annual Academy Awards.

The ladies won alongside Sergio Lopez-Rivera, who is Viola Davis’ personal makeup artist.

In the movie, Viola played Jazz singer Ma Rainey and she earned a Best Actress nomination.

During her acceptance speech, Mia Neal paid homage to our ancestors and talked about breaking barriers for all women.

“I want to say thank you to our ancestors who put the work in, [and] were denied but never gave up,” Mia Neal said during her acceptance speech. “I also stand here, as Jamika and I break this glass ceiling with so much excitement for the future, because I can picture Black trans women standing up here. And Asian sisters. And our Latina sisters. And indigenous women. And I know that one day it won’t be unusual or groundbreaking. It will just be normal.”

“Thank you to the Academy, to Netflix, to Denzel Washington, to George C. Wolfe, to Ann Roth, to Ms. Viola Davis.”

Peep their acceptance speech below:

Mia Neal created over 100 wigs for the film to mimic Ma Rainey’s real-life wigs, which were made out of horsehair. The custom made wigs were the centerpiece of Ma Rainey’s performance attire and brought her to life on the big screen. And they nailed it. 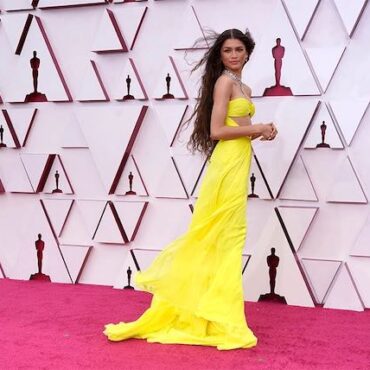 Zendaya made a magical entrance on the red carpet at the 2021 Academy Awards in custom Valentino and Bulgari jewels. The category was mermaid couture and fashion killer surely served just that! More inside… Whimsical. Magical. Stunning. Three words that described Zendaya’s 2021 Oscars lewk. The Malcolm & Marie actress delivered a fashionable moment on the red carpet at the 93rd Annual Academy Awards that was held Union Station in […]