Lori Harvey went full throttle with the social media birthday posts for her man Michael B. Jordan. Peep her cutesy messages inside…

Actor Michael B. Jordan celebrated his 34th birthday yesterday and his girlfriend Lori Harvey made sure shower him with love for another year around the sun.

While he usually keeps his love life lowkey, MBJ has switched up his social media interactions…meaning he’s posting the love his life – something he never did before. Some people believe he’s madly in love, while others feel his relationship with Lori is just a PR stunt. Whichever it is, they look good together.

Lori – who recently launched her Naked Wardrobe collaboration collection – celebrated MBJ’s birthday by sharing cutesy photos and videos of herself and the Black Panther star all boo’d up.

Happyyy Birthdayyy Nugget
I love you baby…hope today has been at least half as special as you are pic.twitter.com/sjfBjFj9cH

”Happyyy Birthdayyy Nugget. I love you baby…hope today has been at least half as special as you are,” Lori tweeted.

MBJ affectionately calls Lori “turtle” and she calls him “nugget.”

”My best friend,” she captioned cutesy never-before-seen pics of them.

The 24-year-old daughter of Steve & Marjorie Harvey shared a video of them smiling with the caption, “It’s my baby birthday.”

“My favorite headache, my big baby, my best friend, my sweet, stubborn crazy a** aquarius, and the sexiest man alive,” she wrote on IG.

Since putting their love on front street last month, MBJ & Lori have been extra flirty on social media. During the Super Bowl, Lori shared video clips of the CREED star’s reactions to his Amazon Alexa commercial. “Congratulations on your Super Bowl commercial baby @MichaelBJordan,” she captioned one clip.

Baby, Lori Harvey is having a daily Alexa commercial in real life!!!

Dating rumors began swirling when photogs caught MBJ & Lori getting off a plane in Atlanta before Thanksgiving. He traveled Down South to spend the holiday with his girlfriend and her family.

One thing MBJ is learning is that he can’t hang like he used to:

Michael B. Jordan has teamed up with Jay-Z to produce an Amazon series about iconic boxer & activist Muhammad Ali, which will delve into his legendary boxing career and civil rights activism. The limited series comes from a partnership between the CREED star’s Outlier Society production company and Amazon Studios, forged to support diverse filmmakers among the platform’s original content, according to Harper’s Bazaar.

“It’s an incredible honor and I bring tons of respect to it,” he told Deadline. “It’s a limited series that will really dive into the life of Muhammad Ali,” Jordan added. “I’m not going to be too specific beyond that, but we’ll be able to get to know him in ways we haven’t had a chance to before.”

MBJ will not star in it, but he promises that the character of Ali will be “driven and compelling.” 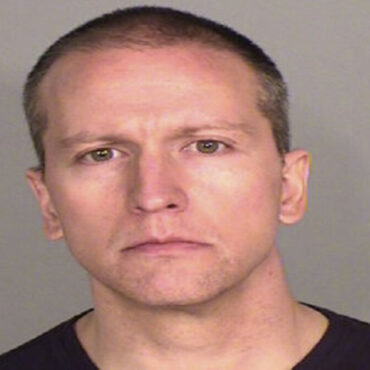 Minority detention center officers take action after being “deeply humiliated” by a “segregation order” issued by their supervisor. What We Know: On May 29th, Derek Chauvin was arrested on 2nd-degree murder and manslaughter charges. He was then transported to Ramsey County Adult Detention Center in Minnesota. It was then that Superintendent Steve Lydon ordered all officers of color to be reassigned and segregated from Chauvin. The lawsuit, filed on Tuesday […]