“Little Fires Everywhere” star Lexi Underwood just nabbed a gig of a lifetime. She’ll be starring as Malia Obama in an upcoming anthology series titled, “The Frist Lady.” More inside…

SHOWTIME has a new anthology series about former First Ladies of the United States. And Malia Obama has been casted!

Lexi’s role as the eldest Obama daughter is described as “open minded and intelligent,” someone who “pushes her parents to make socially conscious decisions.”

”Sitting in so much gratitude,” Lexi wrote on Instagram. “@michelleobama you and the entire Obama family are the epitome of excellence and will forever be my First Family. Malia, I am humbled and honored to tell your story. Thank you @violadavis @showtime & my phenomenal team @creativeartistsagency, Untitled Entertainment, & @independentpublicrelations for making my dreams come true ! I can’t believe I get to work with so many incredible humans”

Sitting in so much gratitude. @MichelleObama you and the entire Obama family are the epitome of excellence. Malia, I am humbled and honored to tell your story. https://t.co/ke1CoiwYSV

We’ll keep you posted when the series is set to premiere. 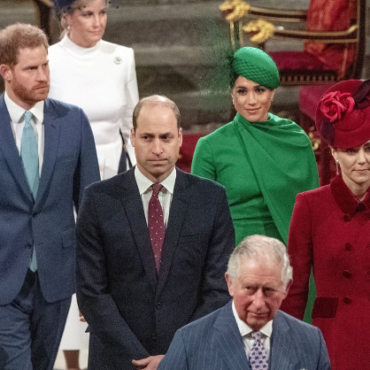 Prince William speaks out for the time since the airing of his brother Prince Harry & Meghan Markle’s interview Oprah. He says the British Royal Family is far from racist. Oh? More inside… Oh yes, The Firm is in overdrive for a PR spin after racism allegations. Prince William spoke out for the first time since his brother Prince Harry & sister-in-law Meghan Markle’s candid interview with Oprah. As you […]