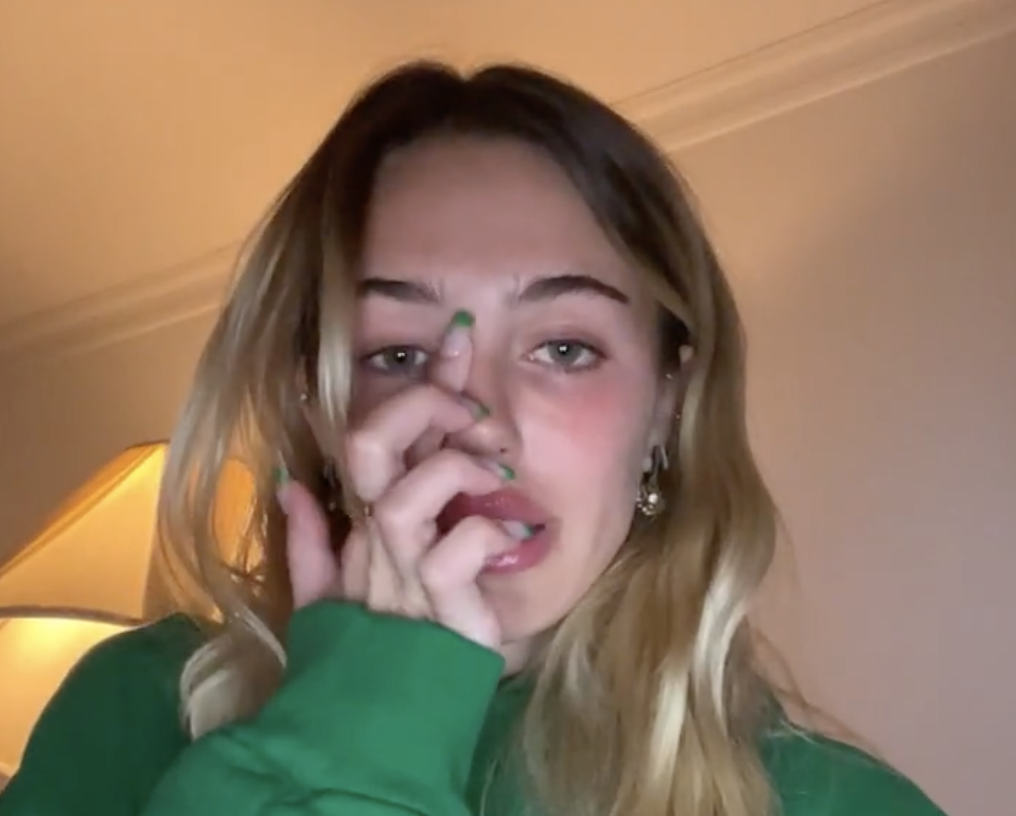 Delilah Belle Hamlin is opening up about what recently led to an accidental overdose.

On Tuesday, the eldest daughter of Lisa Rinna and Harry Hamlin shared a lengthy Instagram video in which she revealed that she has been battling several illnesses including Lyme disease, Epstein-Barr virus, encephalitis, and Pediatric Autoimmune Neuropsychiatric Disorders Associated with Streptococcal Infections (PANDAS).

Earlier this year, she began experiencing severe panic attacks due to PANDAS and, after seeing a psychiatrist, she was prescribed several medications, the 23-year-old said.

“He overprescribed me with one medication that one of my friends takes like 10 milligrams, and he gave me like 20 milligrams three times a day and then he gave me 3 milligrams of Xanax a day,” she said. “So my body got dependent on Xanax number one, and number two, I overdosed. I didn’t mean to at all. I overdosed on this one medication called propranolol. I took Benadryl with it and for some reason, I ended up in the hospital.”

After her overdose, Delilah said she felt “hopeless” and “helpless.”

“I wasn’t like a drug addict, but my body was dependent on it because of how much the doctor had prescribed me,” she continued.

She voluntarily entered a treatment center in Arizona for several weeks, but her symptoms from her other illnesses — including seizures due to encephalitis (inflammation in the brain) — made her “a medical risk.”

“I actually just got back yesterday. I’m really sad because I thought this place was gonna be a place to cure me…and it would just be a place I could relax,” Delilah said. “But unfortunately, I was a medical risk, so I was politely asked to leave after three weeks of being there. That was really hard for me, because in mind if I’m too sick for this place, I’m too sick for anywhere. How can I get better?”

The model concluded her video by asking her followers for support and any recommendations they may have for specialists who can help with her health problems.

“My family and I are struggling to figure out what to do,” she said, adding: “It’s an invisible illness. I can look perfectly fine and feel perfectly horrible.”

In August, Delilah took a break from social media because she said her health was “starting to get a bit scary.”

“On social media, we see what people want us to see. I want you to see that I’m not perfect,” she said. “For a long time, for many reasons, I didn’t take my physical and mental health seriously. I wasn’t taking it seriously, as it confuses people and even myself sometimes because I look fine or I look healthy, so people don’t understand fully when I ‘don’t feel good.’ “

“Right now I must prioritize my physical and mental health although I do feel weirdly guilty doing so. It’s starting to get a bit scary,” she continued. “So if I’m not as present on social media, if I don’t meet deadlines, if I don’t seem [like] myself, if I don’t respond to messages, this is why.”

Delilah has previously been open about her mental health, revealing that she went to rehab two times in 2018.

In 2019, Delilah’s mom shared more insight on her daughter’s condition, which she said began when she was first diagnosed with PANDAS as a child. Rinna, 58, said “the condition was extreme” in Delilah’s case and caused her daughter to have “serious anxiety and multiple phobias.”

According to PANDAS Network, the disorder occurs when strep triggers a “misdirected immune response and results in inflammation on a child’s brain.”

Rinna said back in 2019 that Delilah’s condition had since improved: “Thankfully, we found the appropriate therapies. She is doing much much better.”

Watch Delilah tell her story below.

The U.S. Centers for Disease Control and Prevention has officially approved for children aged 5 to 11 to receive the Pfizer-BioNTech vaccine. via Complex: CDC Director Rochelle P. Walensky announced her endorsement on Tuesday shortly after a CDC advisory panel unanimously voted to recommend that kids age 5 to 11 be allowed to receive the vaccine to be protected against COVID-19. “Together, with science leading the charge, we have taken another important step forward in our nation’s fight against […]