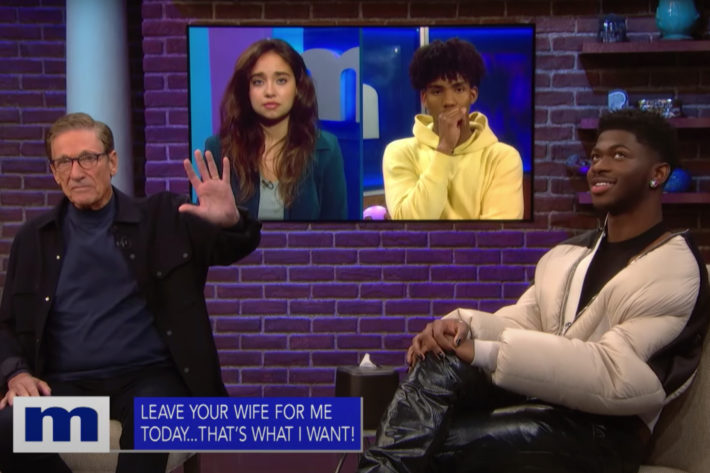 Lil Nas X is on the latest episode of Maury.

The video for the “Industry Baby” hitmaker’s song, which premiered in September (21), features him discovering his male lover Yai is married and has a child. It’s a scandalous love triangle that fits right in on Povich’s often volatile show, where the host is known for declaring, “You are not the father!,” after delivering the results of DNA tests to fighting couples.

Lil Nas X, real name Montero Lamar Hill, appeared on the show on Wednesday (27Nov21), with the same actors from his video, to “break the news” to Yai’s wife Ashley, and to determine if Yai is really the father of the couple’s four-year-old son.

“Montero and Yai are football teammates who quickly became lovers,” the episode’s official synopsis reads. “Montero was shocked to discover soon after that Yai was married with a child. Now, Montero is here to tell Yai’s wife, Ashley, about their secret love affair. Maury will get the answers they need. Will Montero get exactly what he wants?”

In a prerecorded segment, Nas says, “I feel like a damn fool. He’s been lying to me since the day we met. He never told me about his wife, Ashley, and don’t even get me started on that damn baby. I have a big heart, and I want somebody who loves me. How can he love me and Ashley at the same time?”

The staged drama ends with another shocker – after undergoing a lie detector test, another Povich trademark – it’s revealed Yai has cheated on both his wife and Montero with as many as 10 lovers.

In the spoof episode, the rapper ignores his boyfriend’s pleas to forgive him and runs off as Povich quips, “Yai is most definitely not what Montero wants.”

As Nas X continues to build on the world he’s created with Montero, check out his very dramatic and hilarious Maury appearance up top. 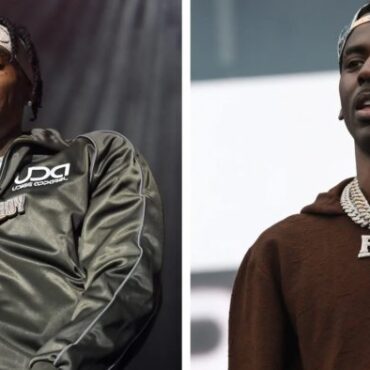 Soulja Boy has been temporarily pulled from “The Millennium Tour 2021” in the wake of Young Dolph’s tragic death. via: Uproxx Last month, the long-awaited Millennium Tour kicked off in Los Angeles. The string of shows brought some of the most popular singers and rappers of the 2000s to one big stage. Some of the acts include Bow Wow, Omarion, Ashanti, Pretty Ricky, the Ying Yang Twins, Soulja Boy, and […]