Lil Nas X Is King Of The Trolls After Backlash From His Demonic Video & Satan Sneakers Drop – Goes In On Everybody! 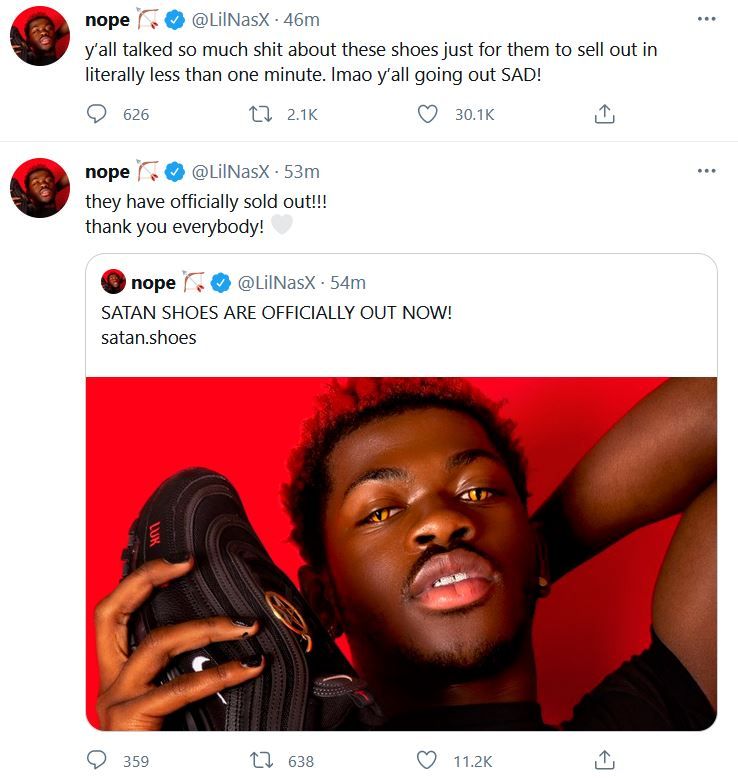 Lil Nas X is popping back at critics who have been coming after him over his demonic “Montero (Call Me By Your Name)” music video and his SATAN sneakers – which include a drop of human’s blood. Sighs. More inside…

Lil Nas X dropped the visuals for his new single “Montero (Call Me By Your Name)” and it has sparked controversy. The reason? Well, there’s one scene that shows Lil Nas X giving the devil/satan a lap dance, amongst some other shock-worthy and buzzy scenes. The imagery sent shockwaves through social media and folks have been sounding off about how either hate it or love it.

The music video shows the “Old Town Road” rapper sliding down a stripper down into the fiery pits of hell before he pops, locks and drops it for Satan. After the lap dance, Lil Nas X cracks Satan’s neck, takes his horned crown, and takes his power. The demonic imagery was enough to spark controversy online.

Since the music video dropped, satanic panic has been trending on Twitter.

After releasing the visuals, Lil Nas X hopped on Twitter to respond to some of the negative feedback:

there is a mass shooting every week that our government does nothing to stop. me sliding down a cgi pole isn’t what’s destroying society. https://t.co/H21SMVnfNQ

”there is a mass shooting every week that our government does nothing to stop. me sliding down a cgi pole isn’t what’s destroying society,” he tweeted.

Then, Lil Nas X turned up the heat…no pun intended.

The artist revealed he’s releasing “Satana Shoes,” which is a collaboration with New York-based art collective MSCHF. The black-and-red shoes were made using Nike Air Max 97s, although the shoe company claims they had nothing to do with the design.

”We do not have a relationship with Lil Nas or MSCHF,” NIKE told CNN. “Nike did not design or release these shoes and we do not endorse them.”

The soles of the sneakers contain 60cc ink and 1 drop of human blood. Only 666 pairs are being released (666 is used to signify the devil) and they’re selling for $1,018 each, which is a reference to the Bible passage Luke 10:18 that reads: “I saw Satan fall like lightning from heaven.”

The shoes sparked outrage online from a number of celebrities and high-profile politicians.

they shouldn’t be playing old town road anyway, we streaming call me by your name now https://t.co/jt6vr8KUbA

”they shouldn’t be playing old town road anyway, we streaming call me by your name now,” he tweeted.

South Dakota Governor Kristi Noem blasted Lil Nas X for his “Satan Sneakers,” tweeting: “Our kids are being told that this kind of product is, not only okay, it’s “exclusive.” But do you know what’s more exclusive? Their God-given eternal soul. We are in a fight for the soul of our nation. We need to fight hard. And we need to fight smart. We have to win.”

ur a whole governor and u on here tweeting about some damn shoes. do ur job! https://t.co/qaor6W0B9C

”ur a whole governor and u on here tweeting about some damn shoes. Do ur job!”

“Shoot a child in your mouth while I’m ridin’”

“Shoot a child in your mouth while I’m ridin’” -Montero 1:08,” in response to a Bible verse Governor Noem tweeted.

Evangelical pastor Mark Burns went off about his sneakers during his Sunday sermon:

Conservative Candace Owens mentioned Lil Nas X’s Satan Shoes in a tweet and he responded, “you know you did something when she talks about it.”

you know you did something right when she talks about it https://t.co/9ujlFhBMdZ

Clemson quarterback Trevor Lawrence reacted to the sneakers, tweeting, “Line has to be drawn somewhere. Smh.”

Line has to be drawn somewhere. Smh. https://t.co/89bSqfPtyE

u can’t last 30 seconds in bed with your wife https://t.co/6mFCJlceWb

Singer Joyner Lucas tweeted how he didn’t like how Lil Nas X marketed “Old Town Road” to children and then drops something so controversial for kids to see.

”I literally sing about lean & adultery in old town road. U decided to let your child listen. Blame yourself.”

i literally sing about lean & adultery in old town road. u decided to let your child listen. blame yourself. https://t.co/gYmTi49BqB

Lil Nas X also shared a tweet that includes a YouTube link with the title that he’s apologizing, but he’s not. It’s a clip from his music video. He also posted several tweets in defense of his controversial visuals:

we have decided to drop these to even the score. damn y’all happy now? pic.twitter.com/RGpCiiRbGb

lmaoo they gone pass out when they realize we have a song together https://t.co/PRytzVNchq

Lil Nas X’s “Satan Shoes” sold out in less than a minute:

Hate it or love it, guess his marketing plan worked. 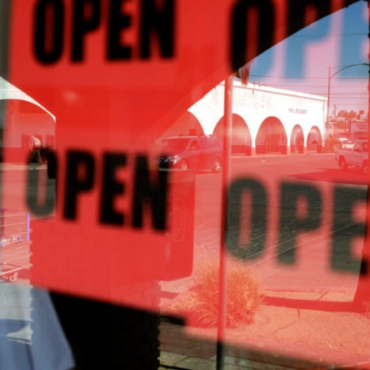 Governors from 20 states have delayed giving the Associated Press (AP) records on how businesses and health officials have influenced their decisions to reopen their economies. What We Know: David A. Lieb of AP said last May, the organization asked for copies of communications between governors’ offices, state health directors, and groups representing businesses, health care providers, and local governments about the coronavirus. The organization has been waiting for nine […]