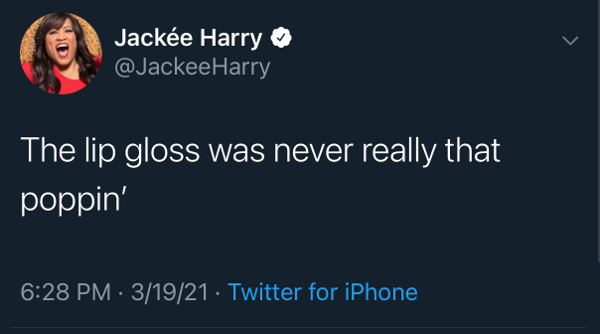 Lil Mama went off Jackée Harry after the “Sister, Sister” actress seemingly threw shade at Lil Mama’s “Heterosexual Rights Movement.” Lil Mama announced her “movement” amid backlash from social media users over a series of transphobic comments she made.

Lil Mama responded to “Sister, Sister” alum Jackée Harry after the actress seemingly threw shade at her via Twitter.

If you haven’t heard, the “Lip Gloss” rapper has been coming under fire for transphobic comments she made during an IG Live recently. She then announced she was starting a “Heterosexual Rights Movement” to stop “anti-LGBTQ+ bullying” and that didn’t sit well with Jackée…so she reacted.

”The lip gloss was never really that poppin’,” Jackée tweeted.

”Be true to yourself. You were made perfectly. I love you for who you truly are,” she wrote, attaching the rainbow and heart emojis.

Apparently, Lil Mama tried to respond to Jackée, but she claims she blocked her: 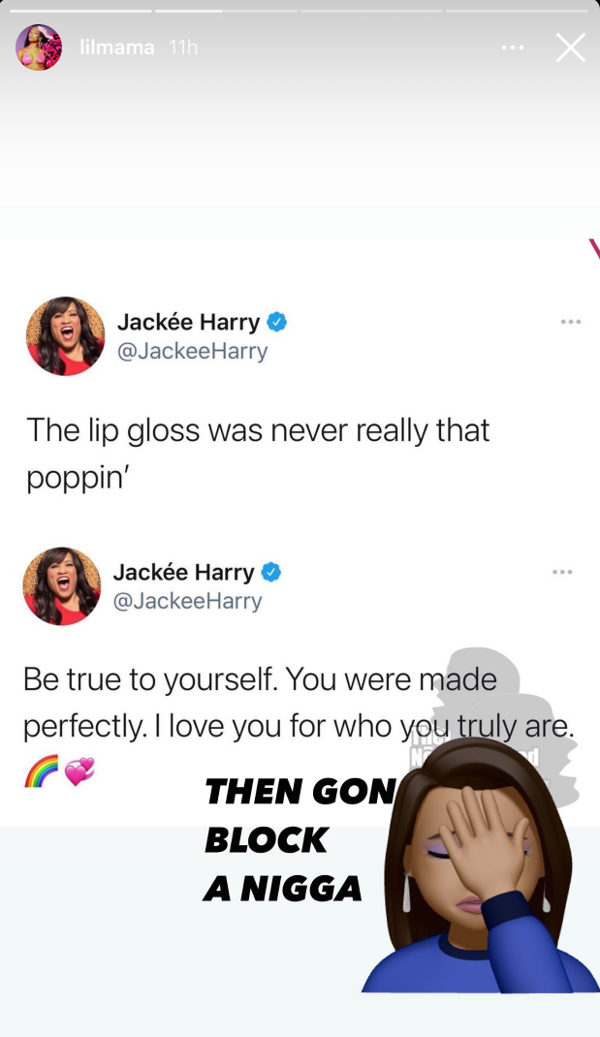 Despite being blocked, Lil Mama still came for the “227” actress: 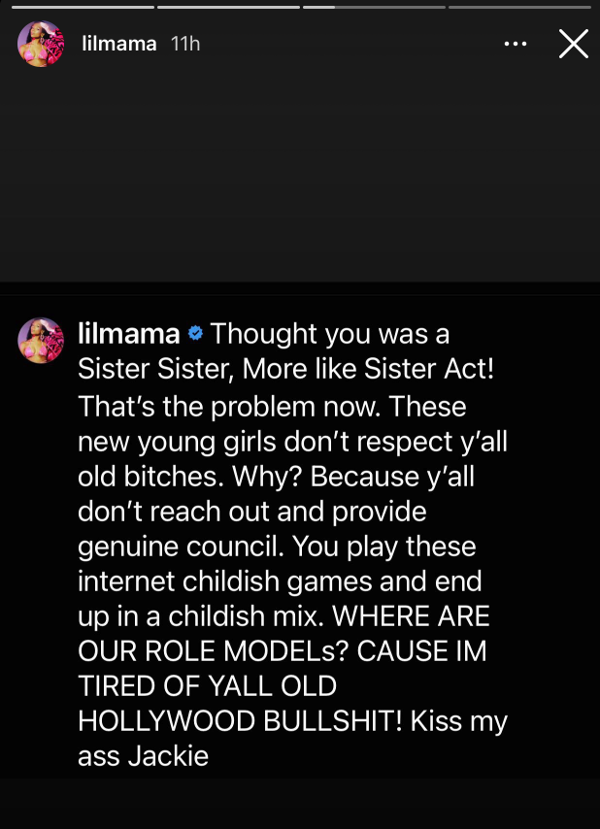 ”Thought you was a Sister Sister, More like Sister Act! That’s the problem now. These new young girls don’t respect y’all old b*tches. Why? Because y’all don’t reach out and provide genuine council. You play these internet childish gams and end up in a childish mix. WHERE ARE OUR ROLE MODELs? CAUSE IM TIRED OF YALL OLD HOLLYWOOD BULLSH*T! Kiss my a** Jackie,” she wrote.

Lil Mama has been coming under fire after she shared her thoughts on transgender children and how society plays a strong role to molding young people’s minds.

She also added a caption that said, “Depopulation at any cost cat fights sword fights used to be a cat now ima dog WHATEVER TO STOP NEW LIFE REPRODUCTION.”

During an IG Live session, Lil Mama explained the comments she made where she compared transsexuality to “depopulation.”

Lil Mama is being called transphobic after she got on Instagram Live last night to explain her comments about trans children and depopulation last week.

Then, the 31-year-old entertainer announced she was starting a movement to protect herself and other heterosexuals from being bullied by the LGBTQ+ community, dubbed the “Heterosexual Rights Movement.”

Lil Mama pledges to start a “Heterosexual Rights Movement” to advocate against the bullying heterosexuals allegedly face from the LGBTQIA+ community. pic.twitter.com/Bmk1Oaqisv

“Y’all fight so hard to be respected and SOME of you, NOT ALL, get a kick out bullying people for having an option, how they dress, how their hair and or makeup looks, how much money they have, etc,” she wrote in an Instagram story. “There are so many people afraid to give their honest opinion (sic) because if they do the LGBTQ+ will hear what they want to hear and take statements out of context. I don’t have to prove myself by reminding people that I have loved ones of the LGBTQ+ Community. When I speak I’m not trying to hurt anyone, I’m just speaking my truth, just like you all.”

People began bashing her for spewing – what they deemed – transphobic rhetoric. And they also dug up a 2009 clip from MTV’s “America’s Best Dance Crew” where she was super critical of trans dancer Leiomy Maldonado.

”I just feel that you always have to remember your truth,” she said. “You were born a man and you are becoming a woman. If you’re going to become a woman, act like a lady.”

Would you consider this a form of bullying? pic.twitter.com/d1SjyxrZlw

Leiomy – who is now a judge on “LEGENDARY” – even responded:

Mind you this was over me walking off a dress rehearsal https://t.co/pjuUuZ1JGe

Do you think Lil Mama is transphobic? 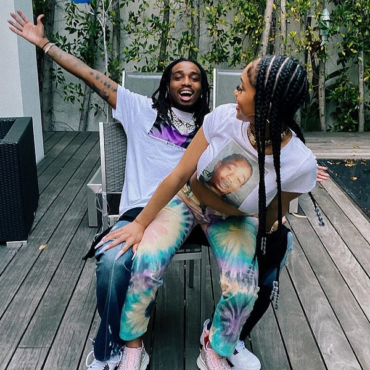 Hip Hop couple Saweetie and Quavo are DUNZO! The ICY raptress announced her singledom on social media while hinting the Migos rapper may have cheated. He responded to her breakup announcement and then she hit him with the “take care” tweet that has the Internet in a frenzy. Get it all inside… Another celebrity couple bites the dust. Rap couple Saweetie and Quavo have split after being together for two […]