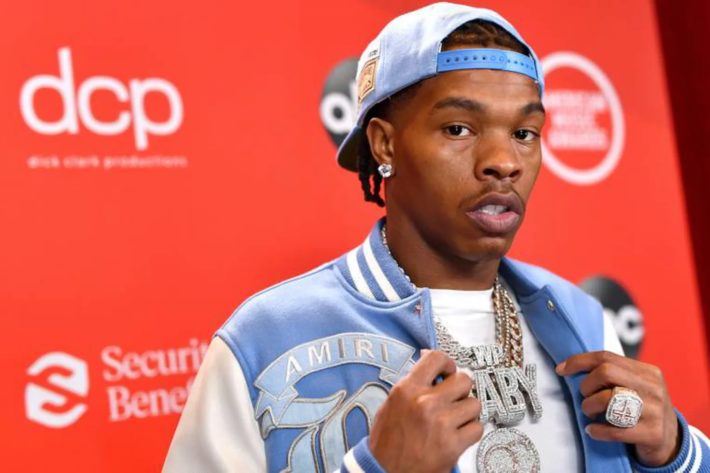 Lil Baby is giving back to his neighborhood. On Friday (June 18), the My Turn emcee was caught on video buying all of the shoes at a local Footlocker store to give to families in his hometown after posting to his Instagram Story that he was going to save his community.

Lil Baby has often lent a helping hand to his community. The latest example came when the Atlanta native stopped by a Foot Locker store in his hometown to purchase the store’s entire collection of sneakers, planning to give them all away. The act was captured on video and it showed Lil Baby and a number of store employees walking out of the store with several bags of sneakers in hand. After the video made its rounds on social media, the rapper hopped on Instagram to explain his motivations behind the act and reveal other plans for the future.

Lil Baby bought all the shoes at Footlocker for his community ?? pic.twitter.com/o1raKyyFla 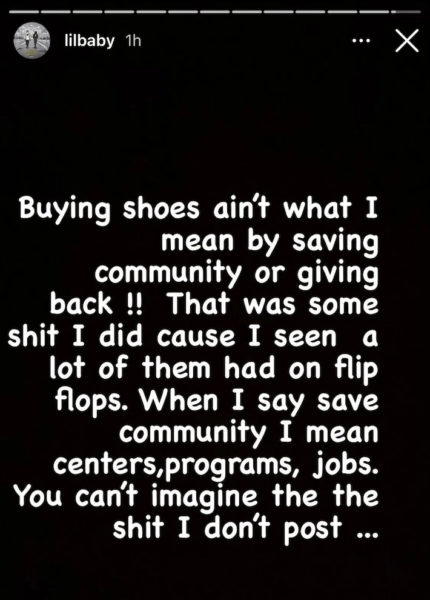 “Buying shoes ain’t what I mean by saving [my] community or giving back!!” he wrote. “That was some sh*t I did cause I seen a lot of them had on flip flops. When I say save [my] community, I mean centers, programs, jobs. You can’t imagine the sh*t I don’t post…”

The good deed comes weeks after the rapper accompanied the family of the late George Floyd for a trip to The White House, where he spoke with President Joe Biden about passing the George Floyd Police Act bill. Prior to that, he launched The Bigger Picture initiative, which gifted 1,000 coats to residents of Birmingham, Alabama.

Aside from his charitable acts, Lil Baby is also planning to open his own restaurant in Atlanta. The venue was originally supposed to launch at the beginning of the year, but the opening was pushed back. The Quality Control emcee previously told XXL that the establishment will have a variety of food, including lamb chops, lobster tails and rice.

The post Lil Baby Purchased An Entire Store Of Sneakers For Families In His Hometown [Photos] appeared first on LOVEBSCOTT. 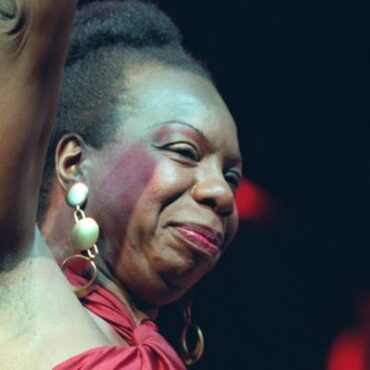 Nina Simone’s daughter and grandchildren have declared they will no longer be silent, claiming her estate had been “taken away” from them and they are placing the blame on Vice President Kamala Harris. via: The Daily Beast It kicked off on Friday evening when RéAnna Simone Kelly, the daughter of Simone’s daughter Lisa Simone Kelly, praised Chlöe Bailey’s sexy rendition of the singer’s iconic song “Feeling Good”. “Everyone’s coming at […]