Color Sergeant Harry Sutton had been scheduled to lead the Band of the Grenadier Guards into Windsor Castle as part of the Duke of Edinburgh’s funeral proceedings, The Sun reported Friday.

But the 32-year-old was sent marching off to beat his own drum, replaced with only hours to spare when commanding officers discovered adult films Sutton and his partner Gemma Nixon had made and shared on a subscription site.

“Harry was absolutely gutted but took it on the chin,” a source told the Sun in a deeply unfortunate turn of phrase. “He hadn’t done anything illegal, but he understood why the Army made the decision.

“A judgment was made that some people might find what he had done distasteful. It was a tough call but the Army didn’t want anything to detract from the Duke of Edinburgh’s solemn day.”

Sutton’s extracurricular percussion work was uncovered as part of the vetting process for those participating in the funeral. He does, however, remain the Guards’ senior drum major, with an Army spokesperson telling the Sun that the swap was made “due to an administrative change.”

Sutton and Nixon have reportedly deleted their videos on the unnamed subscription site.

The Grenadier Guards were chosen for Philip’s funeral service due to the Duke’s role as their colonel-in-chief for over four decades. Drum major Scott Fitzgerald, from the 1st Battalion Coldstream Guards — the oldest continually-serving regiment in the British Army — wound up leading the company.

It sounds like his OnlyFans caught up to him. 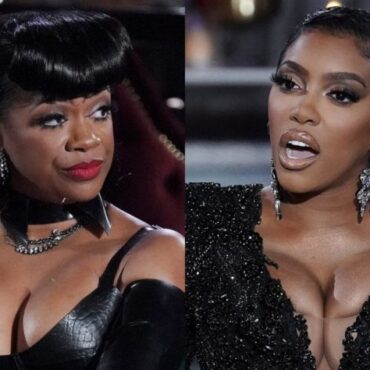 Kandi Burruss on Drama with Castmate Porsha Williams: ‘I Don’t Really Know Where I Stand’

While viewers haven’t seen ‘The Real Housewives of Atlanta’ reunion just yet, Kandi Burruss says that despite everything that went down during season 13 and the reunion — she doesn’t know where she and Porsha Williams stand. via People: In a chat with host Janine Rubenstein on Thursday’s episode of the PEOPLE Every Day podcast, Burruss, 44, says “there were a lot of disagreements” during the recently wrapped 13th season, some of which they […]