Let Him Go: Shanna Moakler Appears to Comment on Ex Travis Barker Covering Up His Arm Tattoo of Her Name

Travis Barker covered up an old heart design with ex-wife Shanna Moakler’s name inscribed inside it with a big scorpion and Kourtney Kardashian’s lips — and Shanna isn’t too thrilled.

Moakler, 46, posted a still from the 1993 thriller, Point of No Return, on her Instagram Story, along with a quote from the film. “I never did mind about the little things,” she wrote, adding a lip emoji, which could be a reference to another new tattoo Barker got of Kardashian’s lips.

Barker’s tattoo artist Scott Campbell posted a photo of the final designs he created for the rocker, including Kardashian’s lips and a massive scorpion on his left arm.

“Scorpio season. On @travisbarker … Lips straight from the mouth of @kourtneykardash Congrats you two,” the tattoo artist wrote.

In April, Barker got his love’s name inked above his left nipple, and a month later, let Kardashian tattoo the phrase “I love you” onto his inner forearm. At the time, Kardashian shared a snap on social media writing the words out on paper before inking the sweet message on Barker’s body while he calmly looked on.

Barker, 45, proposed to Kardashian, 42, at the Rosewood Miramar in Montecito, Calif., on Oct. 17. He got down on one knee on the beach, in the middle of a massive heart-shaped floral arrangement surrounded by candles. “Forever,” Kardashian captioned photos of the special moment.

Moakler, who had her tattoo of Travis’ name removed in May, appeared to announce a break from social media the day after Barker proposed to Kardashian. “Temporarily closed for spiritual maintenance,” Moakler posted on her Instagram Story.

She also shared a quote attributed to late rap legend Tupac Shakur, which read, “Before you ask why someone hates you, ask yourself why you give a f—.”

In May, Moakler told PEOPLE she has “no ill will” toward her ex-husband and Kardashian. “I’m really, genuinely happy for him,” she said at the time.

“I want the father of my kids to be happy and to have a partner that makes him happy … and a better father,” Moakler added. “As long as she’s good to my children, that’s truly all I really care about.”

Moakler most recently dated model Matthew Rondeau, before calling it quits in July. “She’s focused on her own life and happiness, not on Matthew,” a source told PEOPLE of the split. “She’s busy with work and is moving on.”

Shanna stays throwing subtle digs. Why do you think she’s so pressed?

The post Let Him Go: Shanna Moakler Appears to Comment on Ex Travis Barker Covering Up His Arm Tattoo of Her Name appeared first on LOVEBSCOTT. 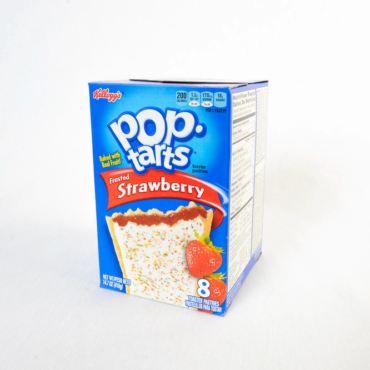 An Illinois woman is seeking at least $5 million after claiming that Kellogg’s Pop-Tarts are misrepresented by the company as a healthy food instead of the sugary snack that they are. via NYDN: Anita Harris filed a class action lawsuit in August dubbing Kellogg’s marketing for its Frosted Strawberry Toaster Pastries “misleading because they give people the impression the fruit filling contains a greater relative and absolute amount of strawberries […]