After 13 nominations, Ledisi wins her first Grammy Award! She reigned supreme in the Best Traditional R&B Performance category. More inside…

14 years and 13 nominations later, Ledisi is now a Grammy winner!

The R&B jazz singer won her first Grammy Award during the 63rd annual Grammy Awards. She won the Best Traditional R&B Performance award for “Anything For You” from her 2020 album, The Wild Card.

The fab songstress beat out Chloe x Halle’s “Wonder What She Thinks Of Me,” The Baylor Project’s “Sit On Down,” featuring Jean Baylor & Marcus Baylor, Mykal Kilgore’s “Let Me Go,” and Yebba’s “Distance.”

Peep her epic acceptance speech below:

After copping the win, she shared the good news with her fans in a celebratory tweet:

I just won my first Grammy!!!! OMG!!! Thank You @RecordingAcad

Ledisi was nominated for her first Grammy Award in 2007 for Best New Artist and Best R&B Album for Lost & Found.

Now, she can add Grammy Award WINNING artist to her name. Congrats, Ledisi!  She deserves. 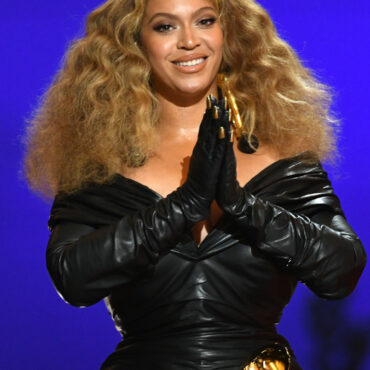 Beyoncé MAKES GRAMMYS HISTORY As The Most Awarded Female Artist!

If you didn't call her the Queen before, you best do it from now on.  Beyoncé aka Mrs. Carter aka Sasha Fierce aka Bey is officially the most awarded woman in GRAMMY history.  Watch her epic reaction to surpassing the record inside! It's a weird night for the Grammy's as the in-person award show (after last year's virtual show) is extremely scaled down and outdoors with just a handful of […]