LeBron James Clowns #CourtsideKaren As She Rants Online After Getting Kicked Out Of Game, ‘F*ck You LeBron!’ 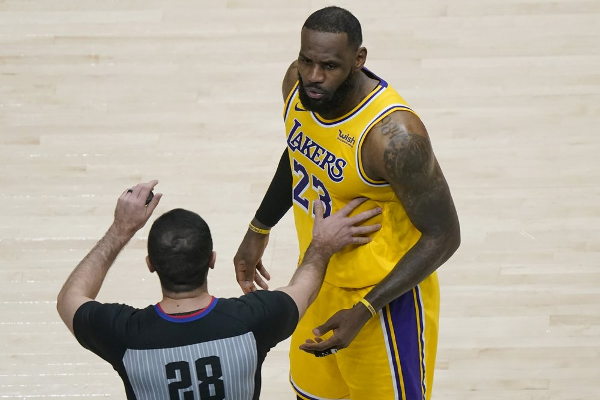 Limited in-person tickets were allowed for fans to get a front row look at the Los Angeles Lakers go up against the Atlanta Hawks at the State Farm Arena last night. Atlanta has been allowing fans back in their stadium since Jan. 26.

The Lakers have been killing it during road games, winning 11 of 13 games on the road, upsetting fans on their own turf. It happened last night and it turned ugly.

#CourtsideKaren, her husband and two others got kicked out of Monday night’s game after a verbal dust up with Lakers baller LeBron James. During the fourth quarter, refs paused the game to intervene a conflict that was going down between King James and Atlanta fans.

In viral clips, you see a white woman standing up (with her mask pulled down) pointing her finger at LeBron while yelling, “Don’t talk to my husband like that!”

King James didn’t seem to be bothered by the woman. In the clip below, the microphones picked up what LeBron was telling the referees and what he said in response to the heckling.

And here’s a video of the audio break down:

LeBron James has fans kicked out for heckling, a breakdown pic.twitter.com/rGlKpuQWJs

The altercation resulted in the woman – identified as Juliana Carlos – her husband, and two others being ejected from the arena. It’s reported she was seen holding up both of her middle fingers as she exited the building. Not only did she kicked out, but her team lost as well. The Lakers beat the Hawks, 107 – 99.

After the game, King James hopped on Twitter to react to the crazed fan:

Juliana took to social media as well. In a video posted to her Instagram Stories, she said her husband, Chris Carlos, has “this issue” with LeBron. When the Lakers baller reacted the heckling her husband was doing, she said she became defensive of her man. She said LeBron said “f*ck you b*tch! Sit down b*tch,” to her. However, the clip above with the audio doesn’t show that (or either she’s adding extra ish to the story).

25?!?! Could have fooled us. #CourtsideKaren also responded to people who have been calling her a “gold digger” since she’s married to a much older man.

Here are pics of Juliana and her husband, Chris, below:

A WHOLEEEE lotta plastic with a 60-70 year old hubby doing that 45 thang (she said she’s 25) pic.twitter.com/nZ76xlCfoV

Peep her post-game rant below:

Despite the confrontation, King James said he missed interacting with the fans.

Even though the Atlanta fans were trying to get in his head and under his skin, he said they shouldn’t have been kicked out.

”I don’t think it was warranted to be kicked out. There was a back and forth between two grown men and we said our piece. He said his piece, I said my piece, and then someone else jumped into it and said their piece. I don’t think they should have been kicked out.”

LeBron on his interaction with spectators in Atlanta on Monday: pic.twitter.com/spWDITZqkl

“They might have had a couple drinks,” LeBron continued. “And they might have kept it going and the game wouldn’t have been about the game no more, so I think the referees did what they had to do. It’s fine.”

Before the altercation, Juliana was sharing videos of the Lakers on her IG Stories:

Juliana’s husband BEEN a hater, which is giving us more uncover fan if anything:

And Juliana is LUCKY THEE Savannah James wasn’t at that game:

A Cavs fan mocked LeBron for missing a shot in the 3rd quarter so he comes out in the 4th and out scores the entire Cavs team.

A Cleveland Cavaliers fan – who turned out to be a member of the Cavs’ front office – tried to get under LeBron’s skin by celebrating wildly when he missed a basket. That only fueled him to play a historic game…and WIN. After this game, LeBron became the oldest Laker with a 40-point game since Kobe Bryant scored 60 in his final career game. 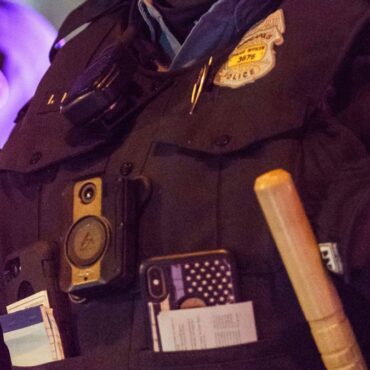 Under new guidelines, Minneapolis police officers must keep their body-worn cameras turned on while responding to an incident. What We Know: Following the death of George Floyd, the Minneapolis Police Department has undergone heavy scrutiny for its policies. On Monday, Mayor Jacob Frey and Chief Medaria Arradondo announced that officers are no longer allowed to deactivate their body cameras to hold private conversations at any time during a response to an incident. According to […]