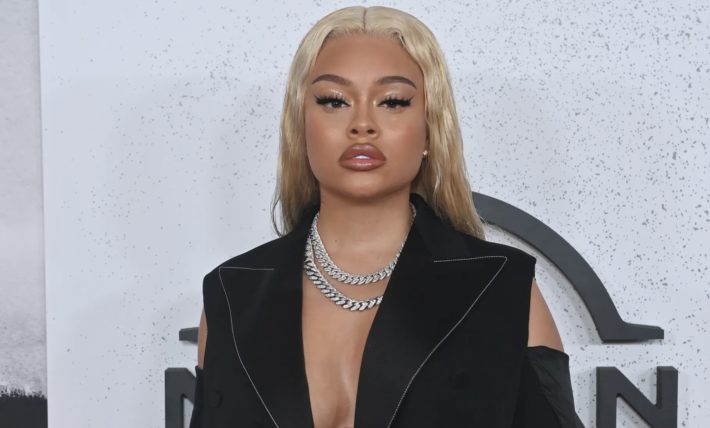 When Latto released the pop-leaning “Big Energy,” the first new single from the follow-up to her debut album Queen Of Da Souf, some fans weren’t sure what to make of her stylistic evolution.

“This pussy plain jane, this pussy untouched/ Y’all bitches passed around bussed down, ain’t worth too much,” Latto raps. “This a skeleton AP, but me I’m thick as fuck, how the hell I’m pescatarian in a Lambchop truck?”

The bars and her general performance garnered praise from rap fans, making Latto a trending topic on Twitter.

“Latto the best technical woman rapper to me out of all the women who have popped the last couple of years,” tweeted user @ChiefBinedu. “Ion think nobody out of the mainstream women holding a candle to her flow and bar wise.”

Twitter user @gangsta_lani expressed similar sentiments writing, “Aint no female spittin like Big Latto when it comes to freestyle,” while @Carldiem_ said that Latto was comparable to both women and men in hip hop. “Big Latto better than a lot of you industry niggas,” he penned his tweet.

A few fans said that the freestyle reminded them of Latto’s tenure on Jermaine Dupri’s “The Rap Game,” a show that introduced her to many of her current supporters. Others claimed that they preferred the content and style of rapping in the clip over her performance on the pop-sounding single “Big Energy.”

In one tweet, a Latto fan even shared his desire to see a collaboration between the “Muwop” emcee and her idol Nicki Minaj, who she’s previously credited for inspiring her to rap.

“If @NICKIMINAJ & @Latto ever collaborate that shit gotta be HARD!” wrote @Vibing68142609. “That shit gotta be ‘Whole Lotta Money’ on crack hard! They gonna bring real rapping back for the females!”

While Latto’s L.A. Leakers freestyle is currently all the rave, it’s not the rapper’s first time going viral for her bars. She also became a trending topic shortly after her “Beatbox” and XXL Freshmen freestyle dropped.

The verse was so impactful that “Big Latto” began trending on Twitter just an hour later and shows no sign of slowing down.

See below for reactions to Latto’s L.A. Leakers freestyle.

Latto the best technical woman rapper to me out of the all the women who have popped the last couple of years. Ion think nobody out of the mainstream women holding a candle to her flow and bar wise

BIG Latto rap better than a lot of these industry niggas ? https://t.co/y0P0QqTwqd

If @NICKIMINAJ & @Latto ever collaborate that shit gotta be HARD! That shit gotta be whole lotta money on crack hard! They gonna bring real rapping back for the females! https://t.co/5RamFkiPuq

Y’all ready to stop sleeping on Latto now, or…? https://t.co/6iG5kDkmMg

Just my opinion, Big Latto is the best female rapper out, sans Nicki Minaj and Rapsody. Not only is her content versatile, she can rap with the guys, rap with the women, and more. The problem is, unlike the other female rappers, she doesn’t sell lifestyle and her name choice. https://t.co/h5Vt715B7K

you mf @Latto ? you the BIGGEST https://t.co/ApJG5TnaCz 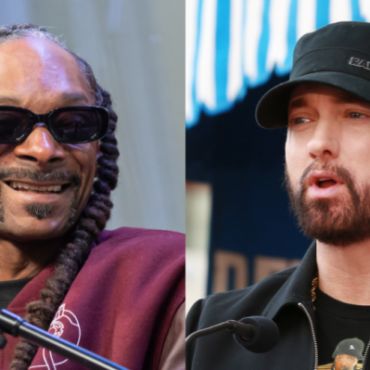 Snoop Dogg and Eminem‘s decades-long friendship soured last year when Snoop left Slim Shady out of his Top 10 rappers of all time list during an appearance on The Breakfast Club, arguing his lofty stature in the rap game is due to his association with Dr. Dre. via: Uproxx Hip-hop legends Eminem and Snoop Dogg found themselves in a brief quarrel earlier this year. It all started when Snoop gave […]