Lana Del Rey is ready to work with Migos.

While attending Variety’s Hitmakers Brunch over the weekend, the Blue Banisters singer was asked which fellow artist she’d love to collaborate with the most.

“Migos,” she said. “I love them. Everything they do. There was kind of like a new revolution of sound 11 years ago in the singer-songwriter community, which I loved seeing. And then with Migos, I think they kicked off a new super fun, super autobiographical, completely different style of rap. I love them.”

Also in the interview, Lana—who was awarded the night’s Artist Of The Decade award—explained that there’s just one thing she wished she knew then, that she knows now.

“I think about it so much,” she said. “I think I knew everything then except [for] how much harder it was gonna be. I knew it would be challenging, but I think to actually be singing in public for 10 years is amazing. And then [with] my managers who have been with me for longer, I was singing in clubs seven years before that. So, for me it’s been a 20-year thing.”

The award comes just a few months before the 10th anniversary of Lana’s breakout major label debut Born to Die, and during a year in which she released two acclaimed full-length albums with fans. Her latest effort features input from none other than music giant Mike Dean, who was named Variety’s Hitmakers Producer of the Year.

“It was really cool,” Dean said when talking to Variety about their collaboration. “She had a rough sketch of the song and an outline, so she came to my house, we expanded on it and firmed it up a little bit. Hopefully we do more in the future.” 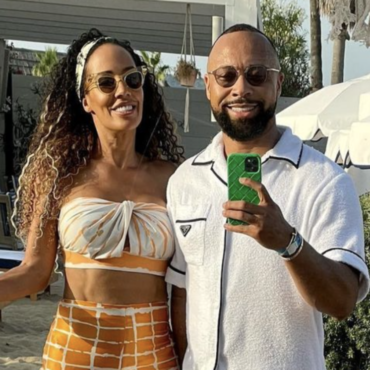 Remember Her? RHOA’s Tanya Sam Allegedly Shared a Nude Photo of Her and Fiancé Paul via Instagram…on Accident

(via Instagram) It’s titty Tanya time! Tanya Sam has largely gone under the radar ever since we here at lovebscott.com revealed she & former ‘Real Housewives of Atlanta’ star Porsha Williams allegedly got their peaches cobbled during Cynthia Bailey’s bachelorette party — but it appears she might be trying to pop back into the spotlight. On Sunday, the former friend-of-the-show accidentally shared a topless photo of herself and husband Paul in […]