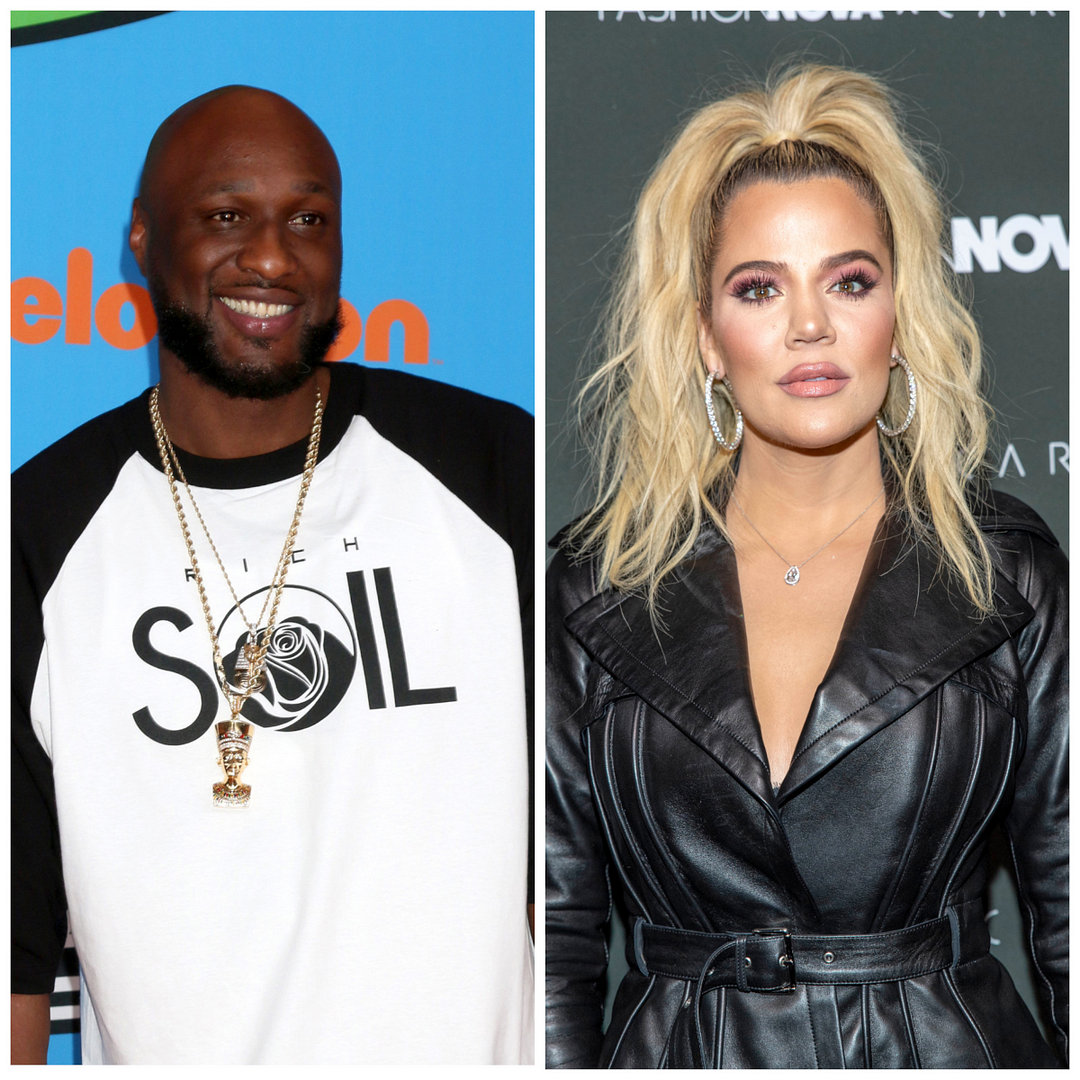 It appears Lamar Odom has turned into a social media troll and he’s taking aim at his ex-wife Khloe Kardashian‘s baby daddy Tristan Thompson. Peep his latest post and get the scoop on the former NBA baller reportedly wanting his ex-wife back inside…

The fight for Khloe Kardashian’s heart – or something – continues! And it seems her ex-husband Lamar Odom is using social media to help him win her back.

Just a few days ago, Lamar Odom sent Instagram in a frenzy when he hopped in his ex-wife Khloe Kardashian‘s Instagram comments to seemingly “test the waters” with a flirty comment. The “Keeping Up With The Kardashians” star posted up a bikini shot on IG last Friday, which caused some online drama between her ex-husband and her baby daddy Tristan Thompson.

LO wrote “Hottie” along with a few fire and heart eye emojis under a picture of Khloe in a bikini while getting wet under an outdoor shower. He’s a single man these days after calling off his engagement with fitness fanatic, Sabrina Parr. Well, that pissed Tristan off, so the Boston Celtics player responded with what some dubbed a threat. If you missed the drama, catch up HERE.

Now, sources claim LO thought he’d try his hand with Khloe since she and Tristan allegedly broke up (again). “Sources” told TMZ Lamar “wasn’t trying to be disrespectful” towards Tristan and that he was just testing the waters since it was reported Khloe and Tristan had called it quits after NEW cheating allegations came up.

Tristan and Khloe supposedly broke up completely after the latest cheating scandals. He was spotted entering and leaving a bedroom with multiple women at a recent house party as well, which led to “sources” confirming Khloe ended things with him weeks prior. Allegedly. However, she claims she’s “genuine, great friends” with Tristan.

Also, there were those rumors about him cheating with a woman named Kimberly Alexander and another woman named Sydney Chase made claims she slept with Tristan as recent as January 2021.

While the sources said LO wasn’t trying to be disrespectful, his social media tells another story.

Here’s evidence of the retweet: 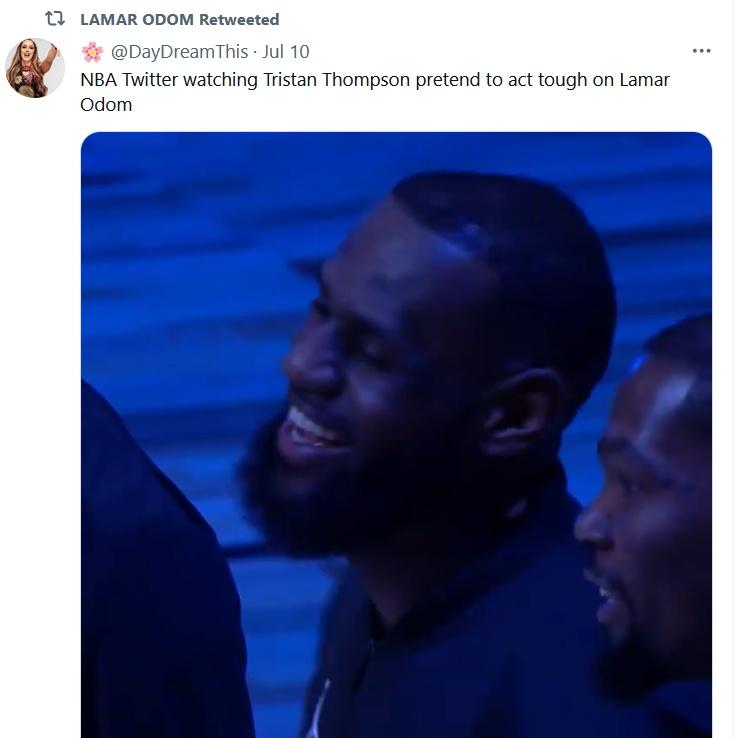 And here’s the video:

Tristan posted up a cryptic response on his IG Stories, asking the Lord to help him stay focused on him. 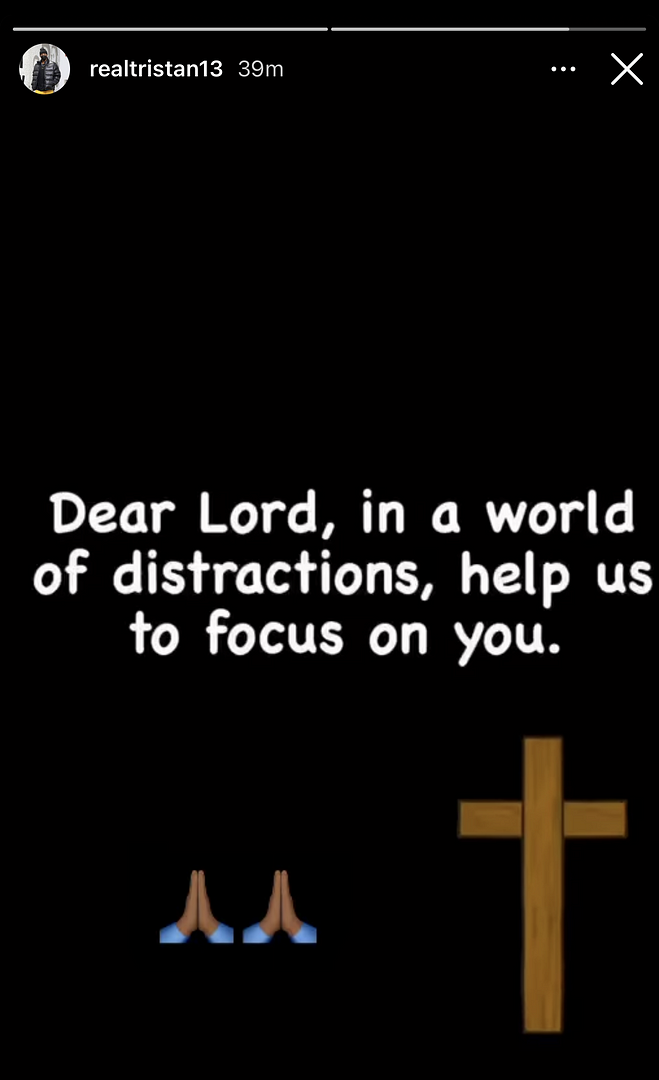 “Khloe thinks the IG comments from Lamar and Tristan were childish,” the source said. “She hates they were publicly acting like that, but also had a laugh.”

Ever since the IG drama popped off between LO and Tristan, Twitter has been cutting up with reactions:

Tristan Thompson sounds like this when he talks…is Lamar supposed to be scared? pic.twitter.com/by8Saku9tW

Lamar came back from the dead. you think he not beating Tristan ass? pic.twitter.com/tSNO19R7OS

Black men are down so bad for the Tristan Thompson Lamar Odom beef over Khloe.

Idk I got Lamar, I mean, the guy has practically died fourteen times but keeps coming back so tristan’s got nothing on him.

Tristan Thompson having fun running the streets and cheating on Khloe Kardashian until he sees Lamar Odom post a comment about one of her Instagram pics pic.twitter.com/olmFFAo6yI

Tristan and Lamar beefing on the internet over milk? pic.twitter.com/2IJXjXN8eb

By the way, Lamar is starring on the new season of “Love & Hip Hop: Atlanta” so this drama could likely bump him up to a legit castmate. Or maybe he’s trying to get his next opponent for another celebrity boxing match? Hmph. 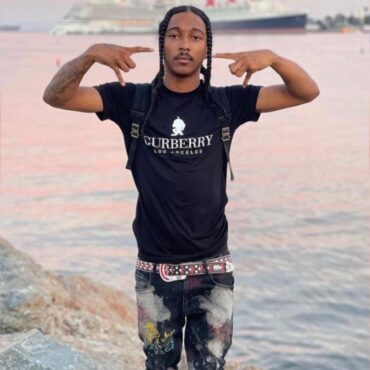 California rapper Indian Red Boy was shot and killed on Thursday, inside of his car. What We Know: Indian Red Boy, whose real name is Zerail Rivera, was on Instagram Live having a conversation with another male on the app when shots were fired. The gruesome video, which social media companies are trying to remove, quickly circulated around the internet. It showed Rivera yelling “get help” while being shot multiple […]