Years later, the former NBA player is keeping his stance on not trashing the Kardashians…no matter what.

The former Lakers ballers – who married Khloe in 2009 – chopped it up with VLAD TV about his relationship with his ex. When asked about the infamous “Kardashian Curse,” he said anyone believing that is a “dumbass.”

“That’s stupidity because everybody goes through sh*t,” Lamar said. “If I had your family on tape, and see all the s–t your family was going through, people would be like, ‘This f–king family is crazy!’” he continued.

The former NBA star talked about how he was in a bad place with Khloe when he decided to visit the brothel, the place he almost lost his life:

The 41-year-old got candid about being a drug and sex addict.

“People would see all the drug addicts, all the sex, they share their life with you, so you see everything,” Lamar said. “Maybe it’s overexposed, but people love it. The people that made them are the ones who point the fingers. It’s kind of sickening. I’ve lived it from the inside in, to the outside.”

Lamar said it was “hard” to figure out the love-hate relationship fans have with the famous family, but he admitted he’s just “lucky enough to have some of that stardust fall off on me.” Oh. Peep the clip above.

Khloe Kardashian filed for divorce from Lamar in 2013 before it was finalized in 2016. The Good American founder paused the divorce process so she could remain by her husband’s side after he suffered an overdose at a Nevada brothel in 2015 that almost took his life. Khloe moved on and had a baby with NBA player Tristan Thompson and has been talking about having another baby. Lamar and fitness guru Sabrina Parr recently called it quits, so he’s single for now.

Lamar Odom shared he had to bury his father recently. Prayers up for his family and friends. 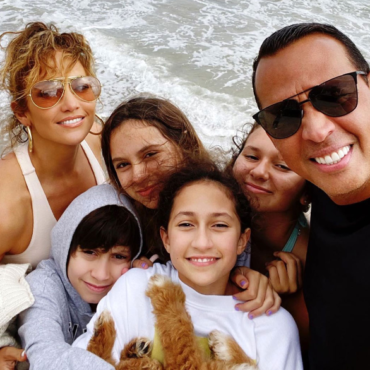 The real reason Jennifer Lopez called off her engagement to Alex Rodriguez had to do with “trust,” according to sources close to the singer. More inside… They say trust is the foundation of a relationship and when its gone, it’s hard for a relationship to survive. That seems to be the case for Jennifer Lopez and Alex Rodriguez…if the rumors are true. A month after putting on a united front […]