Kris Jenner and Corey Gamble Experiment with Celibacy on KUWTK: ‘We’ll Try Anything Once’ 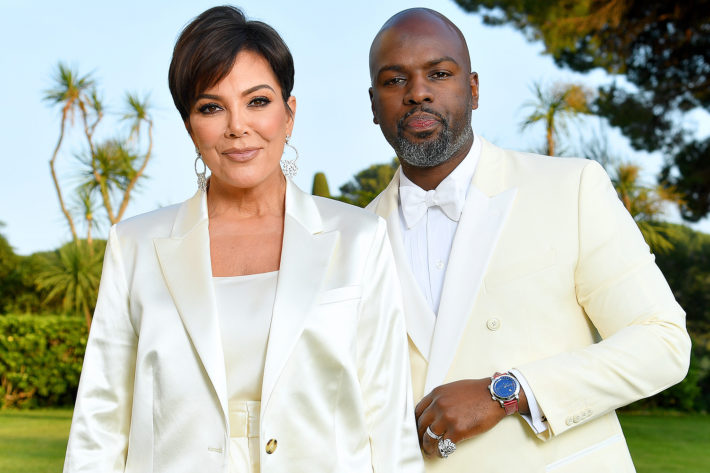 Kris Jenner and Corey Gamble are putting their Sex sex life on pause.

During Thursday’s episode of Keeping Up with the Kardashians, Kourtney Kardashian recruited mom Kris and her boyfriend Corey to practice celibacy for two weeks as research for an article Kourtney was working on for her lifestyle brand, Poosh.

“Oh lord, are you sure I’m in the right conversation?” asked Corey, 40, after Kourtney brought up the premise of the article.

“People practice this because they want more energy, stronger mental focus, a closer relationship with their partner,” Kourtney, 41, explained as Kris interjected, “More energy from not having an orgasm?”

“By abstaining from orgasms, people have been known to have orgasms by simply watching a sunset,” Kourtney said.

“What kind of weirdo is that?” Corey quipped. But despite their reservations, the couple eventually agreed to give it a shot.

“I’ve been so busy with Poosh lately, and now I’m getting deep into this article to see how celibacy affects relationships — it’s actual people practicing celibacy,” Kourtney said in a confessional. “And since my mom and Corey are not shy, I am nominating them to be my guinea pigs.”

That said, the challenge was an almost immediate struggle for Corey. “We’re doing it for Poosh. If we don’t have sex, we’re going to be sharper. You’ve got to focus — that’s what it’s all about,” Kris, 65, advised him.

“I’m always focused on your booty,” he replied.

To help, Kourtney had them engage in a series of “celibacy exercises” to “channel their energy,” including Tai Chi and looking deeply into one another’s eyes.

“I probably never would have tried some of the things that Kourtney suggests, if it wasn’t for what we’re here for,” Kris said afterwards. “But it’s interesting.”

“I like it a lot, too,” Corey added. “And I like the concentration you have to have to even do that good. I really like it.”

In the end, Kris and Corey were successful in their task of remaining celibate for two weeks. “Not going to even lie to you Kourtney, it was tough,” Corey reported back. “But I’ve been having a good time doing all the things that we wouldn’t normally put energy into doing.”

“It didn’t move mountains with us, because we’re really good in a lot of the personal areas, but it was fun to support the exercise,” he added in a confessional.

“Yeah, and we’ll try anything once,” Kris added.

Elsewhere in the episode, Kim Kardashian West, Khloé Kardashian and Kendall Jenner decided to pull a “Parent Trap” on Kourtney and her ex Scott Disick by arranging a romantic dinner for them, inspired by the 1998 movie starring Lindsay Lohan.

“I think it would be really cool that they’ve gone their separate ways, they’ve seen what else is out there, and now they can come back together and be together,” Kim said. “They just need this shove.”

“Why don’t we all say we’re going to dinner and we set it up, and none of us show up?” suggested Kendall, 25.

When it came time to set the plan in motion, Kim, Khloé, and Kendall set up a scavenger hunt and a romantic Switzerland-themed dinner for two, since Kourtney had discussed wanting to move there one day.

“I think it’s pretty obvious they tried to set us up,” Scott commented upon arrival.

“I mean, I guess it’s cute that they tried to do this, slash annoying,” Kourtney said.

“You know, I think the family puts a lot of pressure on Kourtney more so than me in regards to them wanting her to be back together with me,” Scott, 37, said in a confessional. “They just see two people that spend a lot of time together, do a lot of things with their children, so why can’t we have a perfect little family, and a white picket fence?”

“But it’s just not that simple,” he continued. “But I think to have a moment to just be together, and to see if we even like being together without the kids, you know, is a cool thing.”

Ultimately, the scheme did not work and Kourtney and Scott declared that they were decidedly not getting back together. They did have some fun with Kourtney’s sisters, though, and set up the main bedroom to make it look like they spent the night together.

“As a joke, we decided to set a romantic scene and pretend that we had a night together,” Kourtney said as a clip played of Scott throwing rose petals into the bathtub and Kourtney tossing her bra on the floor.

Despite the fact that their mission was definitely not accomplished, Kim and Khloé still held out hope that Scott and Kourtney would come back together one day.

‘Keeping Up with the Kardashians’ airs Thursdays (8 p.m. ET) on E!

The post Kris Jenner and Corey Gamble Experiment with Celibacy on KUWTK: ‘We’ll Try Anything Once’ appeared first on LOVEBSCOTT. 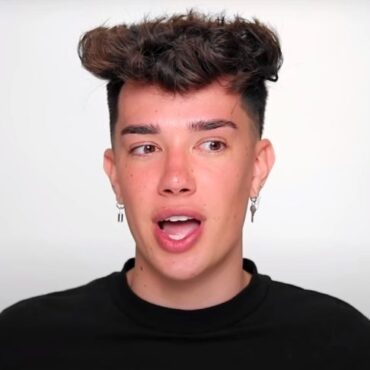 James Charles ‘Sorry’ for Unknowingly Flirting with 16-Year-Old Boys: ‘I F*cked Up’

James Charles got himself caught up with not one, but two underage boys — and he says he’s sorry. via Page Six: The 21-year-old influencer claimed that he was misled about the youngsters’ ages — as he issued an apology video Thursday that he dubbed “holding myself accountable.” “In both of these cases, I added these people on Snapchat, asked how old they were right away, was told that they […]