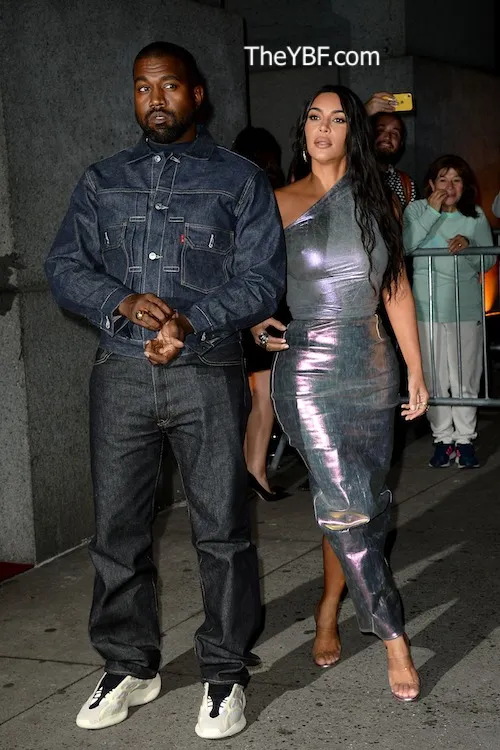 Kim Kardashian is reportedly “worried” about her estranged husband Kanye West’s mental health amid their divorce although she’s “absolutely relieved” that she filed.

Turns out, Kim will get the house for the sake of the children and there are reports Ye tried to sell Kim’s jewelry he bought for her days before she filed for divorce. Get the latest updates inside…

The Kardashian-Jenner machine is in full throttle.

There are new reports that Kim Kardashian is “absolutely relieved” since filing for divorce from Kanye West. However, she’s also supposedly “worried” how the divorce will affect the stability of his mental health.

”Sources” (*coughs* Kris Jenner *coughs*) told Entertainment Tonight that the “Keeping Up With The Kardashians” star is concerned about Ye (who suffers from bipolar disorder) and that she’ll always love him as he is the father of her four children – North West (7), Saint West (5), Chicago West (3) and Psalm West (1).

The 40-year-old reality star supposedly “has full faith” that the 43-year-old rapper/fashion designer “will strive to do his best to be the father and person he once was.”

“The divorce has been difficult for him, but knowing that he has access to his little ones and has split custody is making the transition easier,” the source said about Kanye & Kim’s post-divorce life. “Kim and Kanye are in contact with regards to their kids. Kanye has hope that they will reconcile, but he is not expecting that in the immediate future.”

As for the kiddies, the “source” said Kim and the Kardashian-Jenner family have done “an excellent job at coaching the kids through this” and that the “older ones have had time to process and understand the situation.”

“The kids are doing great and the older ones have had time to process and understand the situation,” the source continued. “Kim and the rest of her family have done an excellent job at coaching the kids through this.”

Since the filing, Kim K has reportedly been spending more time with her family since they have been a “huge support system” for her during the divorce.

“She is happy to see that chapter close,” the source added. “She knows that it is what is healthiest for her and her family and she is ready to put this hardship behind her both publicly and personally. Kim has had her moments of feeling overwhelmed as a mom, of course, but the fact that her family has been so unified and supported her through this difficult time has made things so much easier for her to process.”

“Kim has also made it a point to keep herself busy. She is not interested in dating right now and is focused on her family and healing the situation,” said the source.

Hmph. We see you Kris Jenner! Spinning the narrative in your daughter’s favor.

Last month, Kim K filed for divorce from Kanye after almost 7 years of married. She cited “irreconcilable differences” in their reported $2.1 billion divorce and she’s requesting for joint legal and physical custody of the couple’s four kids. There’s reportedly a prenup and allegedly neither party is contesting it.

Before Kim pulled the trigger on their divorce, Ye apparently had some jewelry he bought for Kim that he wanted to get rid of because he “didn’t want to be reminded of the past,” according to a “source.” Oh.

“In the last two weeks, Kanye was attempting to sell jewelry he had purchased for Kim to at least two top jewelers,” the source told The Sun.

“His friends knew it was over at that point. He really wanted to stay together but she was done.”

“Kanye recently said, ‘I don’t want to be connected to the Kardashian brand anymore’ but he was so torn because he still very much loves Kim. Although he never ended up selling the jewelry he was talking about how he didn’t want to reminded of the past.”

Welp. That’s one way to start the process of getting over your ex.

It appears the “All Falls Down” rapper isn’t fighting Kim for their family home.

It’s being reported Kim will get to keep the $60 million, 15,000 square-foot Southern California mansion that they purchased in 2014. Last week, it was revealed Kim reportedly owns the land, but Kanye owns the actual house.

If the new reports are true, the reality star will get to keep the massive Hidden Hills mansion that cost a cool $20 million in renovations (designed by Ye) so the kids can stay in their family home.

Sources close to the former couple tell TMZ … Kim has been staying with their kids in the family home in Hidden Hills … and that may be permanent as well.

It’s an interesting decision for several reasons. Kanye designed the home … it’s pretty spectacular though very austere — almost museum-like. You might think Kanye would want to keep the home since it’s a multi-year passion project of his, but the fact is Kanye doesn’t have any real ties to that area. On the other hand, most of Kim’s family live within a block of her in the same community, and family is important to the kids in the middle of the divorce.

We’re also told Kim really likes the house, so it’s not like she wants to pick up stakes and move.

The Chi-town rapper has been living in his $14 million ranch in Cody, Wyoming, which he bought in 2019. We wonder if he copped the 1,400 acre ranch because he knew what was coming down the pipeline. Makes you wonder.

Over the summer, there were reports that Kanye got approved to build a 52,000-square-foot mansion and two underground garages on his Wyoming ranch, so he should be good with his living headquarters.

Word on the curb is that Kanye & Kim’s uncoupling is an “amicable split,” however, there are rumors that Kanye “isn’t doing well” with the breakup.

Fans will get a heavily edited look at the uncoupling of The Wests leading up to their divorce in two upcoming reality shows, however, Ye will not be a part of it. Get those deets HERE.

We’ll be glued to Twitter when the shows air to see if Kanye decides to “respond.” 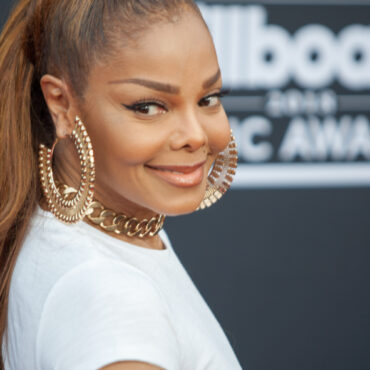 Janet Jackson’s ‘JANET’ Documentary Coming To Lifetime, Executive Produced By The Icon Herself

A legend is about to grace us with the story of her life, in her own words.  Janet Jackson is getting the documentary treatment at Lifetime to celebrate the upcoming 40th anniversary of her debut self titled album, and we're READY.  Deets on the two night event inside. Before she gave us the iconic bops "Pleasure Principle" and "Control" in 1986, Janet released her first two albums in 1982 and […]