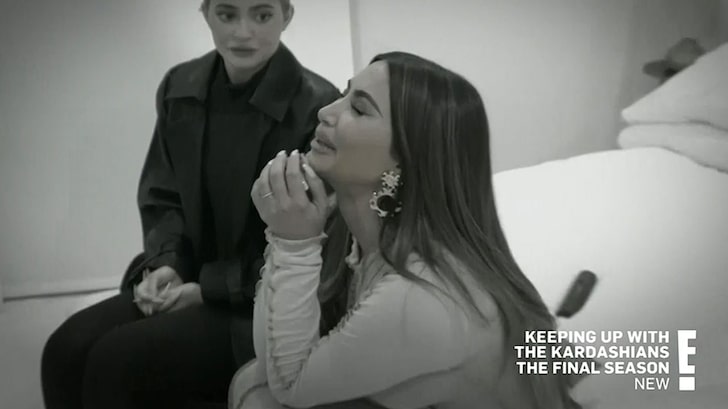 ‘Keeping Up with the Kardashians’ is one episode away from being over and for the first time Kim is addressing her relationship issues with Kanye West ahead of their divorce.

During Thursday’s episode of the reality show — the second to last ahead of next week’s series finale — Kim, 40, walked into the family’s vacation spot on Lake Tahoe and immediately directed her anger at a plate of cookies in the kitchen.

“Did I not say no to these cookies? Like, they have to be taken away. I gained 15 lbs., like, this is a joke. I’m gonna throw them in the toilet,” she said.

“Then control yourself, Kim, because I like those,” sister Kendall Jenner replied.

“No, I cannot eat them and I’m not joking,” Kim said as Khloé Kardashian, 36, advised, “Let’s not start by complaining.”

“Where’s my room? I just want to go to my room and never come out,” Kim said.

“Kim has been struggling privately behind camera about her relationship and it’s tough because Kim is clearly redirecting so much of her frustration and sadness and anger. And, you know, sometimes you just take things out on something that has nothing to do with what you’re going through,” Khloé said in her confessional, referencing Kim and Kanye’s struggles. “It’s not the cookies’ fault.”

At the time of filming, Kim and Kanye, 43, were still together after weathering a tumultuous year that included the rapper’s unsuccessful presidential run, rumors of divorce and more public drama.

In February, however, Kim filed for divorce from Kanye, with whom she shares daughters North, 7½, and Chicago, 3, and sons Saint, 5, and Psalm, 2.

“How are you and Kanye doing?” Khloé asked Kim after the cookie incident.

“There’s no fighting, like, now it’s all calm so I just roll with it,” the KKW Beauty mogul said, before Khloé revealed that Kim and Kanye had a fight prior to the family’s Tahoe trip. (Kanye was not in attendance on the vacation.)

“Kim is dealing with so much right now, and it’s tough because before we left, her and Kanye had this big fight,” Khloé told the cameras.

The footage then turned to the aftermath of the former couple’s fight, with Kim crying to her sisters about what had unfolded.

“I honestly can’t do this anymore,” she said through tears. “Why am I still in this like, place where I’m stuck for years? Like, he goes and moves to a different state, every year, I have to be together so I can raise the kids, you know? And he’s an amazing dad, he’s done an amazing job …”

She continued, “I think he deserves someone that can go support his every move, go follow him all over the place and move to Wyoming — I can’t do that. He should have a wife that supports his every move and travels with him and does everything.”

“Kim is one of the most incredible human beings, literally ever, and she tries to protect their union at all costs, but it’s hard when you carry that responsibility on your shoulders and I just want her to take care of herself too,” Khloé said in her confessional before the episode turned back to her conversation with Kim in Tahoe.

“You can always talk to me about whatever,” she told Kim.

“There’s honestly nothing to talk about,” Kim said. “I mean, I won’t live with the fighting and stuff, like, if it was constant.”

The ‘Keeping Up with the Kardashians’ series finale airs Thursday, June 10 at 8 p.m. ET on E!

The post Kim Kardashian Says She Feels Like a ‘Failure’ amid Relationship Troubles with Kanye West [Video] appeared first on LOVEBSCOTT. 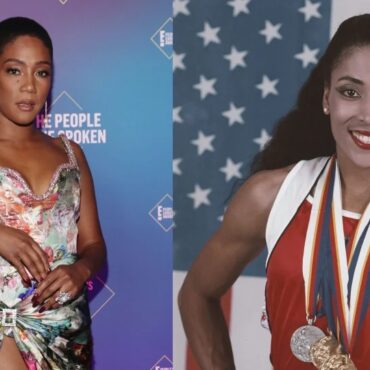 Tiffany Haddish may not be taking over for Ellen, but she is getting ready to take on the role of the fastest woman in the world. via Variety: The “Girls Trip” actress will star as Florence Griffith Joyner, known as “Flo-Jo” to her fans, who helped popularize track and field with her record-breaking Olympic run and flashy personality and style (she originated the “one-legger” look with her running suits). Many […]