Kim Files For Divorce From Kanye, He’s Reportedly ‘Not Doing Well’ With The Split 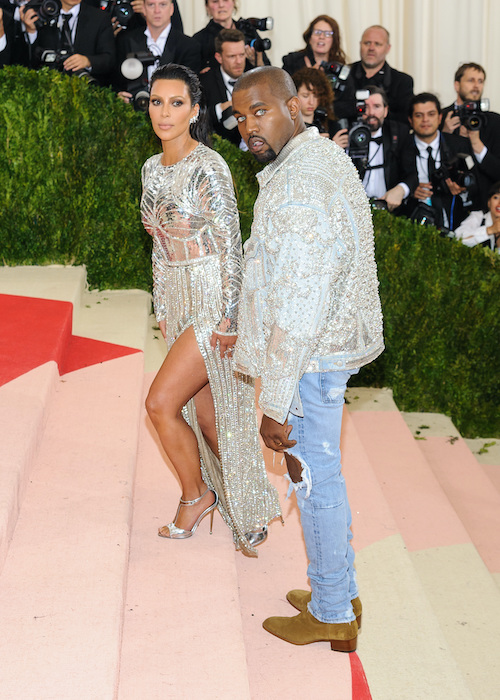 The ongoing rumors have proven true – Kim and Kanye are getting divorced.  Details on Kim filing for divorce, how they’ll manage their $2B fortune and why Kanye supposedly isn’t handling any of this well.

It all falls down.

After weeks of speculation, last ditch effort family vacays, and “stand by your man” statements to the public, Kim Kardashian has filed for divorce from Kanye West after almost 7 years of marriage. The couple has 4 kids – North, Saint, Chicago and Psalm – ranging in ages 7 to 1.

Kim Kardashian has filed to divorce Kanye West after almost 7 years of marriage, but our sources say it’s as amicable as a divorce can be.

Kim is asking for joint legal and physical custody of the couple’s 4 kids. Sources with direct knowledge tell TMZ Kanye is fine with the joint custody arrangement, and we’re told both Kim and Ye are committed to co-parenting together.

There’s a prenup and we’re told neither party is contesting it. In fact, our sources say they are already far along in reaching a property settlement agreement.

Kim hired Laura Wasser as her divorce attorney, who has not yet listed the date of separation.  It’s clear, though, it was definitely within the last year as things became publicly rocky between the two many times.  Kim flew to Wyoming – where Kanye has decided to pretty much live full time for the last year or so – after his shocking rant/”presidential rally” where he aired out their abortion business and stated some other controversial beliefs. Kim was spotted in tears during heated discussions with him, and they have rarely been seen together since.  He did pop up on her birthday getaway a few days after the election.

According to E! News, Kim’s home network for the last decade for her family’s “Keeping Up With The Kardashians” reality show, Kim is doing “ok” amid he “amicable” split.

The source exclusively tells E! News that the split is “very amicable” and gave insight into how the Keeping Up With the Kardashians star is coping. “Kim is doing OK,” the source says. “She’s mostly worried about her privacy and kids. She’s a mama bear and protective of her kids.”

As for what made her finally pull the plug after the couple invested in counseling a month ago, E! reports:

The insider explains, “Kim was just tired of waiting. She tried to give it a chance. She wanted to do this last year. She gave it plenty of time but it’s just time to move on.” And before you start thinking of those Jeffree Star rumors, think again. Adds the insider, “There were no affairs. No one did anything bad. They grew apart.”

It’s interesting, because just days ago, other sources were telling a different story when it comes to how Kanye is doing with it all.

“Kanye is not doing well,” the source tells PEOPLE in its latest issue. “He is anxious and very sad. He knows that the marriage is over, and there’s nothing that can be done right now. He also knows what he is losing in Kim.”

“… Kim is “definitely sad but she feels confident in her decision” to divorce him, because she knows it’s what’s best for herself and her family. “She’s already felt like she’s been divorced for months now,” the source shares. “It’s been a long time coming and she feels relieved to be able to finally move on.”

However, the secondary source says Yeezy is “upset” about it deep down. He didn’t want her to go through with the divorce, but agreed it was for the best. The same source continues, “He wishes they could have made it work. They came to agreements on all fronts and Kanye was understanding of Kim’s wishes.”

It’s believed this divorce has been in the works for some time now, especially with Kim being on her journey to become a lawyer by way of at home tutoring with other lawyers and Kanye going from running for President to controversial statements to attempting to become a religious leader and moving full time to Wyoming.

And we all know how the Kardashians love to create and push a concocted narrative to make sure they come out smelling like roses, so we’ll likely see a self marketing roll-out style divorce in the coming weeks for Kim – magazine covers, prime time sit-downs to tell her story, girls’ nights and more. A source claims Kim just “wants it over” though.

Kim showed off the “poems” he wrote her in celebration of the 10th anniversary of the My Beautiful Dark & Twisted Fantasy album back in November:

And shared pics from what appears to be their last vacay together – for her birthday – just days prior to that:

As for how they’ll split their reported $2 billion fortune (Kanye worth a supposed $1.1B stash and Kim worth supposedly $900M), it’s going to take some time. There’s reportedly a $100M real estate portfolio, $300k worth of livestock and $3M car collection to start. Then they have their separate empires – Yeezy and SKIMS.

An insider revealed to Page Six earlier this year that Kim reportedly owns the land, but Kanye owns the actual house, which could become a contentious part of the divorce settlement.

‘Kim is trying to get Kanye to turn over the Calabasas house to her, because that’s where the kids are based and growing up. That is their home,’ a source said. ‘She owns all the land and adjoining lots around the house but Kanye owns the actual house. They’ve both put a lot of money into renovating it.’

The kids appear to be happy and healthy these days, despite having some semblance of what’s going on. E! reports:

Kim and Ye are committed to co-parenting, although the “Famous” rapper “hasn’t been around much,” the source says. Their four kids have mostly been with Kim at her home in Calabasas, Calif., in recent weeks.

“North has some understanding of what’s going on,” the source adds. “But mostly the kids have always seen them apart so it isn’t super surprising.”

A separate source close to Kim exclusively tells E! News, “Kim expressed to [the kids] that she loves their Dad but they need to be apart. They don’t fully understand what’s going on and are already used to the situation.”

The night before the divorce news was released, Kim was spotted in L.A. on Thursday (Feb. 18th), sans her wedding ring:

On Wednesday (Feb. 17th), Ye was seen in Malibu wearing his wedding ring:

While the divorce seems as amicable as one can be for now, we’ll see if it stays that way.  The two are mainly only communicating through lawyers.  Either way, all of this may play out in the upcoming Hulu series and related projects that the Kardashians have coming up later this year.  Of course. 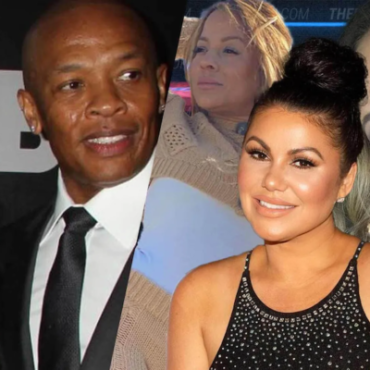 Dr. Dre’s alleged mistresses are hitting back a request set forth by his estranged wife, Nicole Young, saying they should be deposed about their relationship with Dre. via The Blast: According to court documents obtained by The Blast, the three women accused by Dre’s wife of having an affair are asking the court to not force them to answer questions. Nicole fired off subpoenas to the women demanding they show […]