Khloe Kardashian gave an update on her relationship with “cheater” Tristan Thompson and former family friend Jordyn Woods. In so many words, she has forgiven Tristan and is actively trying for Baby #2. As for Jordyn….well you decide…

Not sure that you care, but Khloe Kardashian gave an update on the status of her “relationship” with her baby daddy Tristan Thompson and former family friend Jordyn Woods on Part 2 of of the “Keeping Up with the Kardashians” reunion, which aired last night.

In a nutshell, she’s totally BACK ON with Tristan and is currently vetting surrogates to have baby #2 with her NBA baller, who has publicly cheated on her multiple times. She even admitted it on the reunion episode, so it’s not shade, it’s facts.

While all has been forgiven for Tristan, there still seems to be some ill feelings towards former family friend Jordyn Woods, despite her acting as if she’s completely “over it.”

The Tristan Thompson/Jordyn Woods KISSGATE talk started when host Andy Cohen asked Khloe about the FIRST time he cheated while she was 9-months pregnant with their daughter, True Thompson. Mind you, he was captured on several videos making out with random chicks in the club while Khloe was at home GOOD and pregnant with his child. He asked her if her woman’s intuition kicked him when it was first revealed he cheated on her.

“No. I didn’t. Finding out two days before going into labor, I didn’t have enough time or energy to process what was happening and I just wanted to have my baby and it just happened,” she said.

An audience member sent in a question that asked how she knew Tristan wouldn’t cheat again after she initially took him back. She – of course – admitted that he had because – let’s get real – it happened again…PUBLICLY.

Just days after jetting to LA to celebrate Valentine’s Day with his daughter True, Tristan allegedly hit up a house party where sources claimed he and Jordyn Woods were all cuddled up. We later learned (from Jordyn) that Tristan took it upon himself to lean in and KISS Jordyn, which she admitted during her Red Table Talk interview with Jada Pinkett Smith. Oh yes, she pulled a “them on them” and they didn’t like it one bit.

When Andy asked Khloe where she stands with Jordyn today, she responded:

“I personally don’t talk to her but I think she’s doing really well in her personal life.”

Andy then read a question most of us have been asking since KISSGATE. A fan asked Khloe why she didn’t give the “same pass” to Jordyn as she did Tristan. Khloe claims she isn’t holding a grudge against Jordyn, but she def feels a way that she didn’t receive an apology from her, including an alleged apology letter Jordyn was supposed to send to her…if true. Jordyn DID say she was sorry for everything that happened when she appeared on Red Table Talk.

“I’m really happy to hear that question because I think that’s a huge misconception,” Khloe responded. “And that’s also the thing where some narratives aren’t as fun to pass around and spread like wildfire — I’ve actually tweeted, done InstaStories, I don’t have any grudge against Jordyn,” said Khloe.

“I think people make mistakes, people live and they learn and I forgive both parties. How could I forgive Tristan and not Jordyn? That sounds asinine in my opinion. I forgive Jordyn, or else I would be a prisoner in my life. I have to forgive these people for me. It’s on them to forgive themselves and be accountable and learn and hopefully don’t repeat these same cycles that they’re doing. of course I forgive Jordyn.”

The Good American co-founder – who started hooking up with Tristan while his son’s mother Jordan Craig was pregnant – said Jordyn has never personally apologized to her, and she never sent the letter she supposedly wrote for her. Although Khloe claims she hasn’t received an apology (when we all saw Jordyn do just that on Red Table Talk), she claims she still wouldn’t have a problem if her younger sister Kylie Jenner wanted to be friends with her again.

“I have told Kylie, intimately, that I would genuinely not care whatsoever if Kylie wants to be her friend again. My sisters matter way more to me than any grudge or issue I would have with another individual,” said Khloe. “If I can allow Tristan back in my life, I need to allow the same forgiveness and acceptance of other people. Kylie, we’ve had these conversations. If Kylie wants Jordyn to be her friend, that’s up to Kylie.”

Then, Kim K chimed in with some BS about how Tristan “will always be in our lives” because he has a baby with Khloe and why they’re so forgiving of him and not Jordyn.

The thing with Jordyn and the Kardashians shows that being “like family” is not the same thing as being family. If Tristan had kissed Kylie instead of Jordyn the situation probably would have been seen for what it was, Tristan, being a cheater and a creep.

the way khloe literally DEMONIZED jordyn i wouldn’t apologize neither. she literally did a lie detector to determine that it was a non consensual act but she knew that though she used jordyn as a scape goat for tristan’s cheating ass. the fact that he still does it too.

Khloe is a hypocrite. She says the “Kardashian Curse” is offensive because people blame the women for men’s problems, but she went after Jordyn Woods relentlessly instead of Tristan. #KUWTK #KUWTKReunion pic.twitter.com/wrGS9IqFGh

“I’m going to keep it real. Tristan has a baby with Khloe,” said Kim. “Tristan will always be in our lives one way or another. … If there’s no babies and sh*t goes down, like, sorry.”

Girl, bye. So, it’s OK for Tristan to HUMILIATE Khloe umpteen times and be forgiven with open arms, but Jordyn is the villain in this situation who seemingly isn’t welcome around the family (if she even wants to be)? Make it make sense!

you would think jordyn slept with him with the way they still acting and moving with this situation. https://t.co/hORIyAIBd6

its funny that khloe wants an apology from jordyn … but i hope she apologized to lauren london, trina and jordan craig. pic.twitter.com/rn0qxpL14g

But, if this is what they tell themselves to feel better, then so be it. We’re just glad Jordyn Woods got herself out of this toxic situation with the Kardashian-Jenner Klan, because it’s clear what’s up with them.

Let’s not forget about Tristan’s alleged side chick who came forward with allegations that she slept with the NBA baller as recent as a few months ago. Oh, you missed that? Catch up HERE.

Oh, she also made claims that she has only had ONE nose job.

“Well, for me, everyone says, ‘Oh, my gosh, she’s had her third face transplant.’ But I’ve had one nose job, Dr. Raj Kanodia. And everyone gets so upset. Like, why don’t I talk about it? No one’s ever asked me. You’re the first person in an interview that’s ever asked me about my nose. I’ve done, sure, injections. Not really Botox. I’ve responded horribly to Botox.” 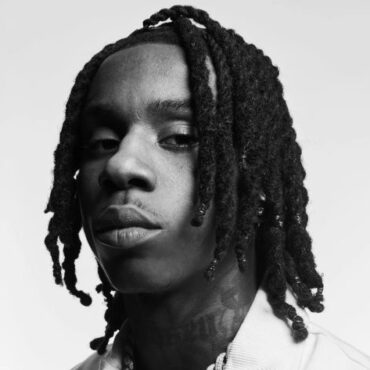 Polo G Nets The First No. 1 Album Of His Career With ‘Hall Of Fame’ [Photo]

It’s official — Polo G’s Hall of Fame is the No. 1 album in the country. On Sunday (June 20), Billboard reports the rap star landed his first No. 1 album on the Billboard 200. Hall of Fame earned a whopping 143,000 album-equivalent units in the U.S. during the week ending June 17, according to MRC Data. via: Uproxx Polo G’s upward trek to stardom has been impressive, to say […]