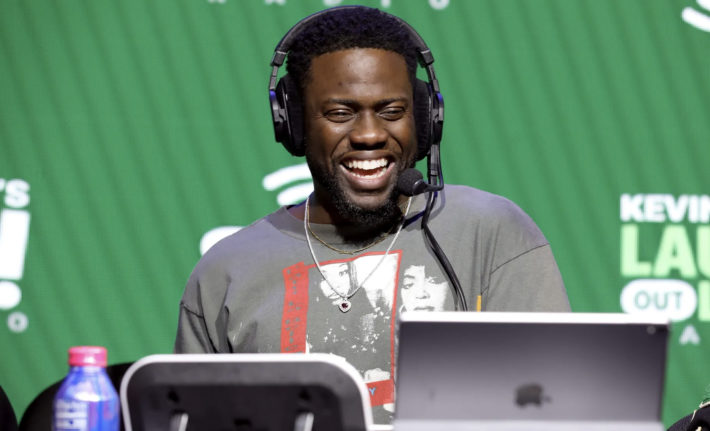 Comedian Kevin Hart was among the famous faces invited to take a joy ride to space amid the ongoing ‘race to space’ a few business magnates have indulged in.

During the latest episode of Hart’s Sirius XM podcast “Straight From The Hart,” the esteemed comedian revealed that he turned down an offer to take a suborbital flight.

“I was offered a seat on a shuttle to space, and the offer came with wanting to document a celebrity’s experience,” he told his co-hosts, The Plastic Cup Boyz. “They said they wanted to document my experience from start to finish and have me complete it. It was like 30, 45 days of spending time with a team, and then you’re looking at a 60 to 90-minute trip.”

Hart didn’t mention who offered him a spot on their spaceship and he said the amount of money involved “isn’t important.” His reasoning for declining the trip had more to do with the uncertainty of space travel and the risks associated with leaving the planet.

“I said, ‘I would love to know the record of space shuttles that made it versus the ones that didn’t. What’s the record of success versus non-success?’ And that’s my reason. That number is too close. It’s not a crazy upside down number one way or the other. It’s too fucking close, and that’s that for me,” he said.

Hart, of course, began talking about the topic because of billionaires Richard Branson and Jeff Bezos’ recent trips to space. Branson’s Virgin Galactic spacecraft VSS Unity took off above the skies of New Mexico on July 11, making Branson the first of the billionaire space company founders to ride his own spacecraft. Bezos launched his Blue Origin rocket to the edge of space on Tuesday (July 20). Elon Musk is currently training a crew of four handpicked people to embark on a multi-day mission to space. Bezos, Musk and Branson hope to offer space tourism to the general public beginning in 2022.

Hart is comfortable waiting it out for the sake of being there for his family. “Now, if I’m on the other side of life — if I’m 60, 65 — my kids are a certain age, I’ve seen all the flowers blossom, and I’d have lived life, that’s something that you punctuate it with,” he explained. “At this point, when you’ve got these little ones — nah, I can’t fuck around with space at this point.”

You can hear Hart talk about the space offer, below:

The post Kevin Hart Explains Why He Turned Down a Trip to Space [Video] appeared first on LOVEBSCOTT. 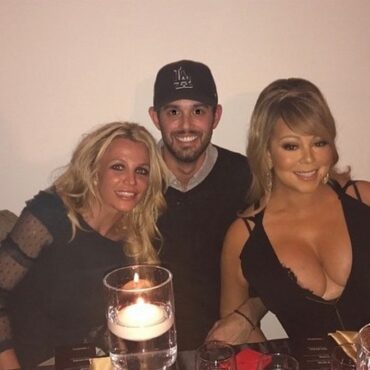 Britney Spears’ Agent Cade Hudson Calls For End of Her Conservatorship: ‘I’ve Kept My Mouth Shut Out of the Fear of Losing My Job’

Britney Spears, Cade Hudson, and Mariah Carey Britney Spears’ agent and close friend Cade Hudson, is speaking out and calling for the end of her conservatorship. via ET: While Hudson’s account is private, according to TMZ, he wrote, “I’ve kept my mouth shut for 12 + years on Britney. Enough is enough. After getting thousands of death threats, getting water bottles thrown at my head in bars from bystanders telling […]