Meek Mill came under fire this past week after a snippet leaked in which he offered up a bizarre bar about Kobe Bryant. Kenny Smith doesn’t think Meek should be vilified for his lyrics.

Kenny Smith is giving Meek Mill a pass for his controversial Kobe Bryant lyric that enraged fans earlier this week.

“I’m a Meek Mill fan,” Smith told TMZ. “I know that he’s a huge basketball fan, huge Kobe fan. Whatever he says, I’m always going to give Meek a pass.”

Meek faced backlash after a track featuring Lil Baby appeared to surface online where the Philly rapper references the helicopter crash that killed Kobe Bryant, his daughter Gianna, and seven other people.

“Yeah, and if I ever lack, I’m goin’ out with my chopper, it be another Kobe,” Meek reportedly rapped on the track, which has been listed on Genius under the title “Don’t Worry (RIP Kobe).”

Later on the song Lil Baby raps about wanting to “have a son, so I can name him Kobe/Daughter Gigi.”

“I always give Meek the benefit of the doubt,” Smith adds. “He has a track record that speaks pretty long and pretty positive in the past year.”

Potentially in response to the controversy, Meek tweeted “internet antics cannot stop me” on Wednesday night.

somebody promo a narrative and y’all follow it…. y’all internet antics cannot stop me ….shit like zombie land or something! Lol

They paying to influence y’all now … its almost like mind control “wake up” ?

The rapper was widely criticized online after the track surfaced.

I don’t know when I’ll be ready to hear a song that references Kobe, but I know it ain’t now & I know that line Meek Mill just dropped ain’t it. Let that man RIP a little longer & the next man who wants to try, work a little harder to ensure that your bar isn’t so disrespectful.

Yo that Meek Mill Kobe bar is completely disrespectful. Idgaf nobody should be mentioning Kobe’s death in any manner especially on some corny ass shit like that.

The next time Meek is in the booth, we’re sure he will have learned his lesson. 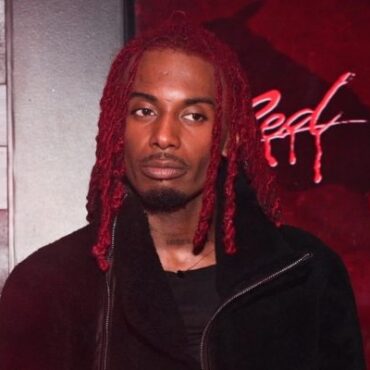 Playboi Carti found himself in a tense situation this week that seemingly ended with a knock-out. via: Uproxx Prior to December, much of the anger and frustration that was directed at Playboi Carti had to do with his extremely-delayed album, Whole Lotta Red. Finally, on Christmas Day, the rapper released the project to the delight of his fans and the lukewarm reception of critics. While the displeasures with the rapper […]