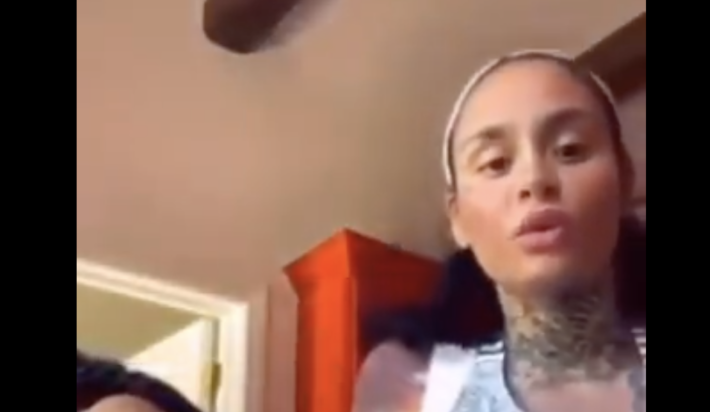 Kehlani is a lesbian.

The singer confirmed her sexuality on Easter Sunday.

“Wanna know what’s new about me?” the singer asked in an Instagram Live video alongside photographer Jamie-Lee B. “I finally know I’m a lesbian.”

Kehlani, who has proudly identified as queer over the past several years, opened up about her sexuality during a recent interview with the Advocate. She discussed her experience as a queer artist working in mainstream music, while acknowledging her privilege as a “straight-presenting” cisgender woman.

She expanded on her privilege while addressing the queer artists who came before her—many of whom were denied opportunities due to societal biases as well as trans- and homophobia.

“… I don’t walk down the street and people look at me and go, ‘Oh, I bet she’s queer.’ Or ‘I bet that she’s into women’ or anything like that because of the way I present,” she continued. “That’s all privilege and I think that there are quite a few artists who were truly at the forefront but weren’t able to make the strides that I was able to make being 100 percent myself because of the way they present and the biases and the phobias of the American public and the world … I’ve been lucky, super lucky.”

Kehlani also expressed optimism about the future, as she sees society becoming much more accepting and inclusive, which has ultimately allowed other LGBTQ artists to express themselves more freely. She thanked her fans and loved-ones for helping her navigate “teachable moments,” admitting she sometimes has missteps when addressing gender and sexual identity.

“I’m really appreciative for the people who take time to do that,” she said. “… All the beautiful Black trans women that I have in my life that I’m able to just witness — not only living their true fucking power — but [to] be courageous and be fearless and then fiercely educate everybody around them and just be a force in this world! They do it so effortlessly that it comes off almost easy to people who don’t know them. I have so many super badass, bad bitch, trans women friends that I’m just like, ‘I bet people think this shit is a walk in the fucking park because of how you get up and get out the house every day and be this badass bitch.’ But I know it’s fucking hard.”

The post Kehlani Opens Up About Her Sexuality and Privilege After Coming Out as Lesbian [Video] appeared first on LOVEBSCOTT. 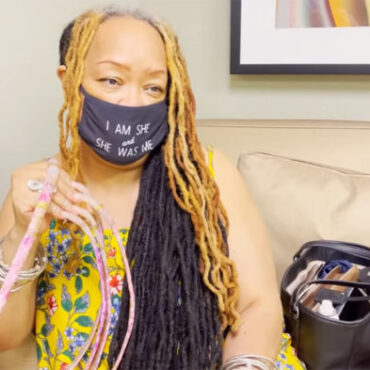 Ayanna Williams – the woman who held the Guinness World Records title for longest fingernails on a pair of hands – has finally cut her nails. via People: The former record-holder won the title in 2017 with her nails at the time measuring 18 ft 10.9 in and requiring two bottles of nail polish to complete a manicure, according to Guinness.  Before cutting her nails this month, she broke her […]