Kanye West Is Reportedly Worth $6.6 Billion, Making Him The Wealthiest Black Man In America, Supposedly 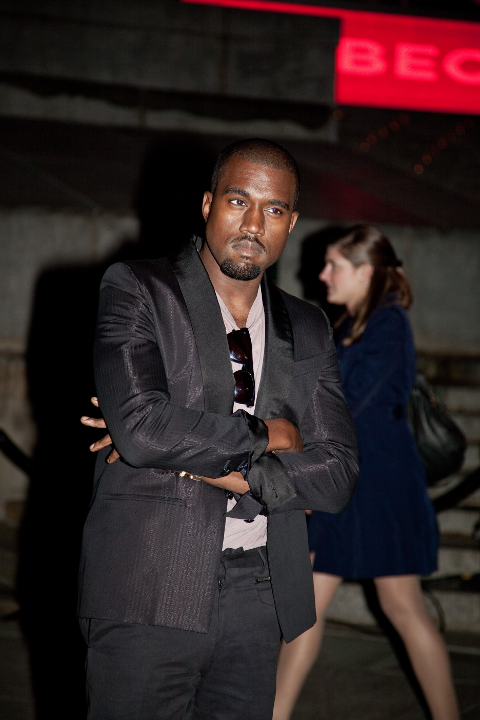 Kanye West is worth a cool $6.6 billion, according to a new Bloomberg report. And the news comes on the heels of Beyonce’s historic Grammy night. More inside…

It appears the deals Kanye West has been making over the last few years have pushed him well over billionaire status.

According to a new Bloomberg report, Kanye West’s net worth has catapulted to a whopping $6.6 billion, making him the richest Black man in America.  (As of yesterday, Forbes’ real time billionaire tracker reports Robert F. Smith is worth $6B, but still ranks Kanye at $1.8B.) And the bulk of his mega bag comes from his sneaker and apparel brand, Yeezy.

Yeezy, West’s sneaker and apparel business with Adidas AG and Gap Inc., is valued at $3.2 billion to $4.7 billion by UBS Group AG, according to a private document reviewed by Bloomberg. The value of the new Gap tie-up, which will hit stores this summer, could be worth as much as $970 million of that total, the bank estimated.

The bank document reveals the ambitions of an alliance that hopes to emulate the success of the Adidas partnership. West, who retains sole ownership and creative control of the Yeezy brand, signed a 10-year agreement last year to design and sell clothes for men, women and kids under the Yeezy Gap label. (The arrangement excludes footwear; Yeezy’s partnership with Adidas is in place until 2026).

Under the terms of the agreement with Gap, West earns royalties on sales, and his rate increases as the business grows. Plus, he’ll get stock warrants as the line hits sales targets, with the highest set at $700 million, according to a securities filing.

Out of all of his business endeavors, his deal with Adidas has been the most lucrative. The brand reportedly grew 31% to nearly $1.7 billion in annual revenue last year, which earned the Chi-town rapper $191 million. Sheesh!

An unaudited balance sheet of Ye’s finances – provided by his lawyer – reportedly includes an additional $122 million in cash and stock and more than $1.7 billion in other assets, including a significant investment in Skims, his estranged wife Kim Kardashian’s shapewear label. After Kim filed for a divorce in February, it’s unclear if he will still be involved in her business venture.

Also, Kanye’s entire music catalog is worth $110.5 million, according to a 2020 valuation by Valentiem Group.

Last April, Forbes confirmed Kanye West had become Hip Hip’s second billionaire, the first being Jay-Z. It was reported he was worth $1.3 billion. The G.O.O.D. Music honcho later corrected the number and said his net worth was actually $3.3 billion.

What’s crazy is the fact that four years ago, Kanye was $53 million in debt, according to him. In 2016, he took to Twitter to beg Facebook CEO Mark Zuckerberg to invest $1 billion into his “ideas.”

The billionaire news comes on the heels of Beyonce’s historic Grammy Award winning night. We’re not suggesting anything, but the timing is rather…interesting.

The family of legendary singer Aretha Franklin is NOT here for the upcoming Nat Geo GENIUS biopic series (that features Cynthia Erivo - not to be confused with the Jennifer Hudson-led one). They are asking fans to boycott the project after producers were allegedly “disrespectful” to them and refused to work with them on the series. Peep videos and pics of her the singer’s young family members protecting her legacy inside… #JUSTICEFORTHEQUEEN! Aretha Franklin’s family is protecting the legendary singer’s […]