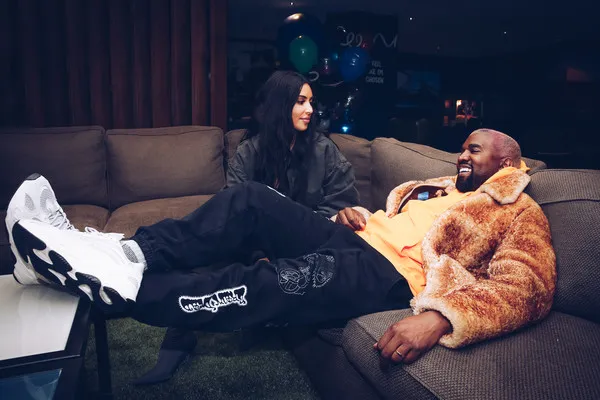 Kanye West and Kim Kardashian are seemingly headed for divorce and the pre-divorce planted stories are already in full swing. Kim has devided a whole plan to announce the divorce. However, Ye’s camp claims he’ll pull the trigger on the divorce whenever he feels like it – whether Kim is ready or not. Oh? Sounds like ish is about to hit the fan…

Keeping up with the Kanye West/Kim Kardashian breakup rumors is giving us Rose & Jack on the Titanic right before it hit the huge iceberg and killed almost everyone vibes. It’s inevitable: a trainwreck/explosion/whatever you want to call it – it’s coming. And nothing will likely stop it. Some of us saw this coming years ago though.

Last month, there were rumors that Kanye & Kim would be ending their six-year marriage after sources confirmed the “Keeping Up With The Kardashians” star had been meeting up with high-profile divorce attorney Laura Wasser.

The 40-year-old reality star hasn’t officially filed the divorce papers yet, however, sources claim Kim & Ye are dunzo…foreal this time. It has gotten so bad between them the couple is “no longer speaking,” a source told E! News.

“Kim and Kanye continue to live separate lives. They have no contact,” a source told Yahoo News.

The reason Kim hasn’t filed for divorce is because she “is still working out the logistics of announcing the divorce,” according to the source. It’s speculated “her issues with Kanye are a big part of the final season of Keeping Up with the Kardashians,” which premieres March 18th, and that she will likely “file for divorce when the season has aired.” Oh course.

However, if she doesn’t move quick enough, the Chi-town rapper will file himself.

“Kanye is also completely done with the marriage and is moving on,” a second source revealed to E! News.

It seems the Jesus Is King rapper is ready to get all of this ish over with…STAT.

“He doesn’t care what Kim’s priorities are with holding off on a divorce announcement,” the second source explained. “He will file before she’s ready if he has to. He wants the divorce just as much as Kim does.”

Whew! Sure sounds like ish is about to hit the FAN! And we all know how Yeezy gets when he wants to have his way, so this divorce could get REAL ugly.

The Wests ditched marriage counseling last month. Since then, Mrs. West has been staying busy raising their four children – North (7), Saint (5), Chicago (3), and Psalm, (who turns 2 in May) — on her own. She has also been “working” towards receiving her law degree, so she can continue to fight for criminal justice reform.

You’ll recall, Ye went on a serial social media rant over the summer (which spanned over several days) where he revealed he had been trying to divorce Kim for years. The reason? He said Kim was “out of line” for meeting with rapper Meek Mill in November 2018 to discuss criminal justice reform, alluding she cheated on him.

“I’ve been trying to get divorced since Kim met with Meek at the Waldorf for ‘prison reform,'” he tweeted (and deleted).

“Meek is my man and was respectful That’s my dog Kim was out of line I’m worth 5 billion dollars and more than that through Christ But ya’ll ain’t listen to MJ and now ya’ll believe them???”

It was a mess. During his rants (that Kim blamed on a bipolar episode), he revealed they were contemplating abortion when they first found out they were pregnant. He also fired shots at his wife and the Kardashian-Jenner family, along with discrediting famed abolitionist Harriet Tubman. Oh yeah, he also was fueling his “running for president” PR stunt. Catch up HERE.

In a desperate final attempt to fix their marriage, Kim and the kids went to visit Ye at their $14 million ranch in Cody, Wyoming following his social media meltdown. Photogs snapped pictures of Kim crying during a heated discussion with Kanye in the car on their way to Wendy’s for a bite to eat.

So yeah, that was a failed attempt. However, they were still trying to put up a united family front:

The family photo above was posted in October. By December, divorce rumors started ramping up even more.

Needless to say, a divorce is likely coming down the pipeline for the Wests. Get ready for the NUCLEAR online war that’ll likely take place. We all know Kanye & Kim don’t like for anyone to outdo them, so they’ll both do whatever it takes to make themselves look good.

Go ahead and get that piping hot tea ready, Kanye. We know you have some.

The Marathon Continues! Nipsey Hussle’s estate announced they will be streaming “The Marathon” live album experience, which will give fans a behind-the-scenes look at how the late rapper created his 2010 mixtape. Also, we have an update on the murder trial. Everything inside… Nipsey Hussle fans get excited! The estate of late rapper Nipsey Hussle announced an upcoming live experience that’ll take fans on a journey with the west coast rapper. December 21st marked the 10-year anniversary of Nipsey’s debut […]