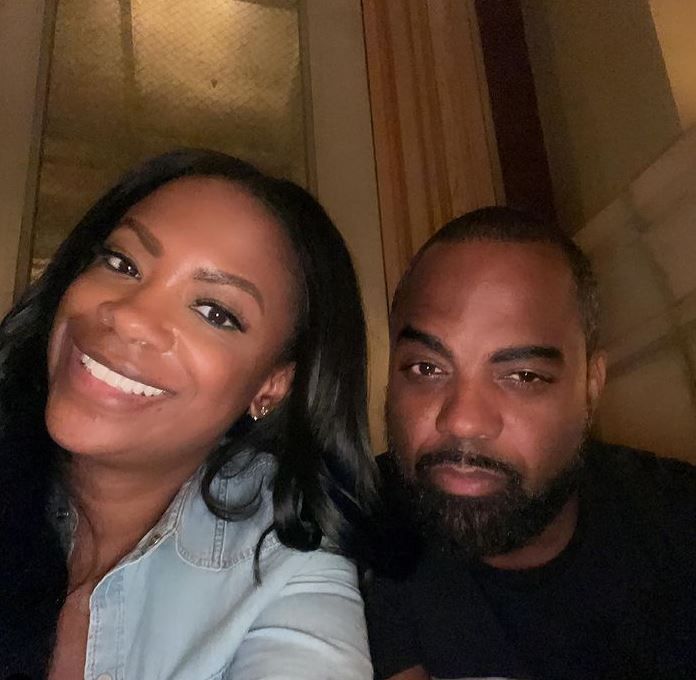 Kandi Burruss gets candid about participating in threesomes with her husband Todd Tucker. And in true DUNGEON fashion, she didn’t hold back. Find out what she said about her and Todd’s bedroom antics and more inside…

“Real Housewives of Atlanta” star Kandi Burruss isn’t shy when it comes to sexual pleasure. The XSCAPE singer has made it known she’s quite fluid when it comes to trying new things in the bedroom. So, it came as no surprise when the singer/reality star got candid about threesomes with her husband Todd Tucker.

During an interview with Tami Roman on her show “Get Into It,” the “Real World” alum asked Kandi about her and Todd’s bedroom antics. Apparently, Tami’s man Reggie be asking her to do “unrealistic” things in the bedroom after seeing strippers turn up in the club. She questioned if Todd ever asked her to do anything that felt unrealistic.

”No. He’s never asked me to do anything that was unrealistic. But for me, I’m open to pretty much try anything in the bedroom that’s…legal! [laughs] As long as I’m not hurting anybody, I’m down with it,” she said.

Was that shade towards Ti…nevermind.

Again, no surprise since Kandi has been open about enjoying threesomes in the past. While some women may not agree to letting another woman join her and her husband in the bedroom, Kandi has no issue with it and actually enjoys it.

”Some women are very weird about bringing other people in the bedroom and stuff like that…,” said Kandi.

The Bedroom Kandi honcho said she’s cool with bringing another woman into her and Todd’s bedroom, however, including another man is another story.

“I have no interest in having two men at the same time. That just sounds like a whole bunch of work to me,” she explained.

Taking things up a notch, Tami asked Kandi if she ever put on a strap for the other woman. Oop. Find out what she said below:

Want more? Kandi’s appearance on Tami’s “Get Into It” show will premiere tonight at 9pm EST on FOX SOUL.

Sydney Chase – the woman who claims to have slept with Tristan Thompson while he’s in a relationship with Khloe Kardashian – has shared receipts that show Khloe all in her DMs, "coming to her as woman." Meanwhile, another woman named Kimberly claims Tristan is the father of her child and she posted up a few messages for Khloe on social media. Everything inside… UPDATE: Tristan Thompson has fired off […]