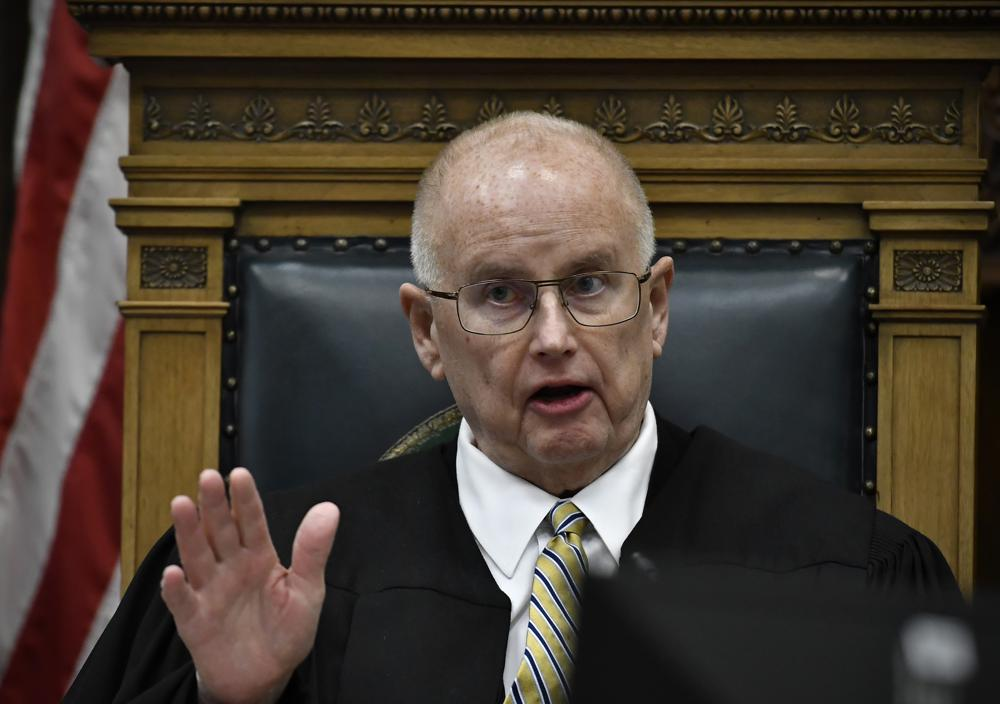 Judge Bruce Schroeder – the judge presiding over the Kyle Rittenhouse murder case – has been doing some questionable things on the bench that has folks giving him the side-eye. His cellphone went off during proceedings, he was caught browsing through a cookie catalog and he yelled at the prosecutor in Kyle’s defense. Oh?

The judge presiding over the murder trial of Kyle Rittenhouse is making headlines after several moments of questionable behavior.

Kyle Rittenhouse, 18, took the stand to give testimony for the first time after he was accused of murdering two men in cold blood and injuring another during protests, riots, and civil unrest in Kenosha, Wisconsin on August 25, 2020. The Kenosha unrest started following the shooting of 29-year-old man Jacob Blake – who is now paralyzed from the waist down. Protesters hit the streets to demand justice for Jacob, who was shot by a white police officer while three of his children watched in terror.

The murder trial is being heavily watched and there are some sketchy things happening.

Whenever you’re present in court, the judge always asks everyone in the room to silence their cellphones. Well, it seems Judge Bruce Schroeder – who is presiding over Kyle’s murder trial – forgot to silence his own phone after returning from lunch and it rung…LOUD.

The entire court room hear Judge Schroeder’s phone go off – when phones are usually forbidden in the court room –  and his ringtone was none other than Lee Greenwood’s anthem “God Bless the U.S.A.” Guess what? That song was routinely played during Donald Trump rallies. Hmph.

Watch his face when the ringtone goes off:

No question which side he’s on. Unless you believe it’s ALL coincidences.  Which, we guess, is possible….

Spectators are accusing him of being biased and calling for him to step down from the case. However, the ringtone isn’t the only reason people feel that way.

Why is HE speaking up in defense of the double murderer?

The defense hasn’t even had to object because the Judge is doing the work for him. #KyleRittenhouseTrial

Judge Schroeder YELLED at Kenosha Assistant District Attorney Thomas Binger after the jury was escorted out of the room.

“Don’t get brazen with me!,” he yelled. “You know very well that an attorney can’t go into these types of areas where the judge has already ruled without asking outside of the presence of the jury to do so, so don’t give me that,” Schroeder continued.

Judge Schroeder got upset as Thomas Binger cross-examined Kyle. The assistant district attorney attempted to bring up a an event from Kyle’s past that was previously ruled as inadmissable in a pre-trial order. Kyle’s defense attorneys said they would seek a mistrial with prejudice, meaning the case could not be re-filed, and Judge Schroeder said he would consider their motion later.

‘Don’t get brazen with me,’ Kyle Rittenhouse trial Judge Bruce Schroeder yelled at prosecutor Thomas Binger, with the jury out of the room. Schroeder accused Binger of trying to introduce testimony that he had earlier ruled would not be allowed https://t.co/3bo4MN5oCM pic.twitter.com/GtJaNwGMOD

The judge seems sympathetic to the idea that zooming in a video is “adding pixels” and therefore altering the content, and tells the prosecutor he “doesn’t believe” it’s like using a magnifying glass – wants an expert to testify. #Rittenhouse pic.twitter.com/SP54FKWu41

Why is the judge so emotional? And why does it seem like the judge is acting as Kyle’s attorneys more than Kyle’s actual attorneys? We noticed the judge never got emotional towards the defense during the trial.

Folks are questioning if he’s even presiding as he should with his questionable behavior. During a brief recess, Judge Schroeder was caught browsing through a cookie catalogue Cookie Book.

The highlight of the Kyle Rittenhouse trial BY FAR was when the judge was just casually reading a catalog to order cookies. pic.twitter.com/UAYQoIK4l1

And then, there’s this…

Kyle Rittenhouse surprisingly took the stand to defend himself and offered up the worst “dry cry” we’ve ever seen. Many believe his “emotion” was so forced and fake, and it was hard to watch. Peep the clip above.

Lakers baller LeBron James weighed in on Kyle’s performance during the murder trial and told him to “knock it off!”

What tears????? I didn’t see one. Man knock it off! That boy ate some lemon heads before walking into court. https://t.co/LKwYssIUmD

Check out more social media reactions to the #KyleRittenhouse murder trial below:

It really saddens me that Kyle is referred to as a “kid who had to defend himself” by people who had no sympathy for Trayvon, who was walking home, unarmed and un-white.

Racist, me thinks, the judge, is. Murder trial judge for #KyleRittenhouse says— “I hope the Asian food isn’t coming on one of those boats from Long Beach Harbor”. What a complete joke and circus this #KyleRittenhouseTrial now is. pic.twitter.com/2kXYN6wZ6s

The judge in the #KyleRittenhouseTrial should’ve been removed the second he wouldn’t allow the two dead men to be called “victims” #KyleRittenhouseIsGuilty https://t.co/tQ0kqGqIbL

Yes, Kenosha County Judge Bruce Schroeder seems set on defending Rittenhouse in his MURDER trial.
Remember Kyle’s victims, the people the Judge says we may call ‘arsonists’ or ‘looters’ but not ‘victims.

Judge dumbfuck trying to figure out what pinch and zoom is. Why is this fossil the presiding judge???#KyleRittenhouseTrial #JudgeBruceSchroeder #KyleRittenhouseIsGuilty pic.twitter.com/yNtjaBtAWR

The trial continued this morning and the defense rested its case. Judge Schroeder expressed that it would be “ideal” if it could wrap up by Friday. Unfortunately, we already feel like an acquittal is coming down the pipeline. Do you think justice will be served? 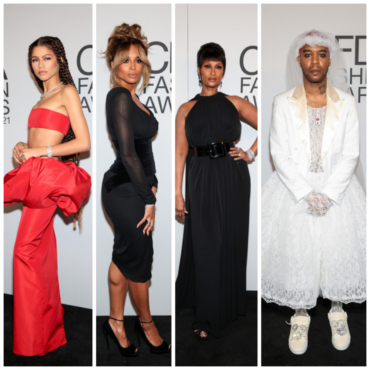 Zendaya Is The Newly Crowned CFDA Fashion Icon & She Should Be Addressed As Such + Ciara, Dapper Dan, IMAN & More Hit The Awards

Zendaya is the newly minted CFDA Fashion Icon and it's very much deserved. Go inside the 2021 CFDA Awards to see Daya accept her award, along with flicks of Ciara, IMAN, Dapper Dan, Kid Cudi, Karrueche and more inside... Zendaya made history at the 2021 CFDA Fashion Awards. And we're totally not surprised. The fashion world has put some respect on the 25-year-old actress' name, crowning her the 2021 CFDA […]