Joseline Hernandez Accuses Faith Evans Of Cheating On Stevie, Calls Her Son An ‘Animal’ After Situation With Bonnie Bella

Faith Evans dished on the timeline of her relationship with her husband Stevie J and his ex/daughter’s mother Joseline Hernandez was NOT happy about it. So, Joseline popped off on social media and went as far as calling Faith’s son an “animal” after a situation that involved her & Stevie’s daughter, Bonnie Bella. More inside…

Looks like the drama has ignited once again between Stevie J, his wife Faith Evans and his ex/daughter’s mother Joseline Hernandez.

When Stevie & Faith first got together and got married, there was drama with Stevie’s daughter’s mom Joseline initially, but everyone was seemingly able to hash out their differences and at least be cordial. There’s evidence of that in the picture above that features Joseline, Joseline’s man Ballistic, Faith, Stevie, along with Bonnie Bella – Joseline & Stevie’s daughter.

Now, things are back to being hostile. And it seems to have started after Faith & Stevie’s appearance on OWN’s “Behind Every Man” series. In one segment, the “Soon As I Get Home” singer got candid about breaking things off with Stevie because he was still messing around with Joseline.

“I wasn’t quite sure whether or not he was still involved with his ex. So you know when you kind of told me you guys weren’t together and then shortly thereafter, finding out you still kinda were, I think that’s probably when I stepped away,” she said in a clip from the episode. “Because I’m not a man-stealer, a homewrecker. It was way too much for me. This was the main thing: if you not really serious, please don’t do this to our friendship.”

The “I’ll Be Missing You” singer never mentioned Joseline’s name, nor did she come off as disrespectful to the Puerto Rican Princess. However, Joseline took offense and went OFF on social media. Like, she went OFF OFF to the point of typing some fighting words.

On Instagram, Joseline accused Faith of cheating on Stevie with younger men in the comments on IG gossip page Onsite.

“I ain’t been with that man in 4 years. I’m happily with @balisticbeats,” she said about her man DJ Ballistic. “Every time my TV shows bout to drop this ol wore down melted b*tch got something to say to stay relevant. B*tch you a h*e your own husband told me and my husband last week you cheated on him with young n*ggas and you do all the time.”

Joseline then took it to another level when she started speaking on Faith’s son, calling him an animal. In her post, she made claims that Faith’s son put her & Stevie’s daughter – Bonnie Bella – in harm’s way.

“I have your husband on recording begging for my forgiveness cause Bonnie could have gotten killed by that animal you call son. That’s why she’s never been under your care since,” she said. “B*tch go make a song,” she said.

It’s unclear which son Joseline is referring to, as Faith has three and one has autism. And based on Stevie’s response and comments from IG users, it seems she may have been referring tot he son with autism.

She also made sure to plug her new projects as well:

”And FYI you been sucking stevie d*ck for years ejem before I dropped his sorry **. Bye h*e. And go Watch my 3 TV shows that’s are currently playing on national TV and streaming Networks.”

Then, Stevie J entered the chat:

”@joseline aren’t you the same one who lied and said I molested my own daughter is now speaking hurtful against a child with autism. Don’t you have an autistic brother? Since you want rating let’s talk about how you x Barbie that’s on your show out here doin strange thangs fa change, did you tell ballistic that you was hitting my line every day fo gang to pull up wit cocoa. My wife is a class act, something you could never be x she can handle herself x I’m with all the sh*ts.”

We doubt Faith will respond and that’s probably best to just dead the situation.  However, we all know Joseline, so this drama could last as long as her shows are streaming. 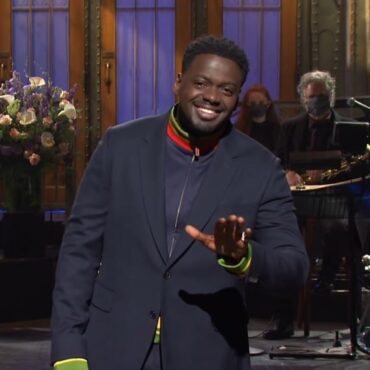 Daniel Kaluuya’s ‘SNL’ Monologue Was Honestly The Best One This Season – Who Knew He Had JOKES?!

Who knew Daniel Kaluuya had jokes?! His opening monologue is the best we’ve seen this season. Check it out inside… British hottie Daniel Kaluuya made his hosting debut for “Saturday Night Live” last night and he killed it. He was funny. He was charismatic. And he was able to turn sensitive trending topics into laughable moments without it being weird…which is hard to do. The GET OUT actor - who […]