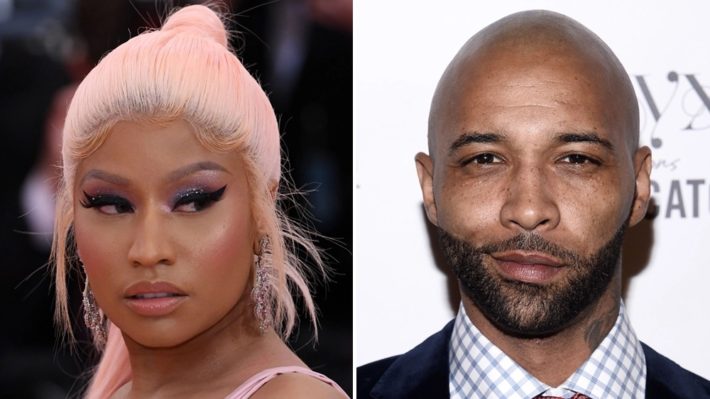 Joe Budden can be reasonable when he wants to be. Case in point during the latest episode of his podcast, Joe was questioning why the Recording Academy has yet to recognize Nicki’s achievements and ongoing influence.

Despite his contentious history with Nicki Minaj, Joe Budden believes the Brooklyn rapper deserves her flowers.

“Nicki Minaj needs her flowers. Whoever the Grammy board is, whoever’s on there, y’all are not the ones that get to determine that Nicki Minaj and all of her impact and influence don’t get to win an award,” Budden said. “I’m sorry. I’m done with those days. Y’all are not the fuckin’ gatekeepers, the barriers of entry—y’all are not any of that … And now we’re at a stage when we have to acknowledge the, not the impersonators, but the people who were inspired by that act. It’s the same thing like when some of these people, I see the Drake influence there; call me dick rider, whatever, who knows.”

Budden continued: “But Nicki is in that same boat. I don’t think too many more years need to go by when she’s not awarded for her efforts, that’s how I felt watching Doja Cat and some of the winners there.”

The co-hosts then offered a theory on how the public and media would react if, “god forbid, something were to happen to Nicki.” They speculated that the rapper would receive “flowers galore” and would get recognized by every awards show imaginable. It’s a scenario that many music-lovers are all too familiar with: an artist isn’t properly acknowledged for their contributions until he/she is gone.

Nicki has been cited as one of the most influential artists in hip-hop over the past decade, having dropped multiple platinum records, securing the No. 1 spot on various charts, and accumulating a slew of awards. Though she has received nearly a dozen Grammy nominations, she has yet to win a single category during her 15-plus-year career.

You can hear Budden’s full comments below.

Wow! Joe Budden finally admitting that the Grammy’s need to give Nicki Minaj her flowers for her impact she’s had and continues to have in the industry…. pic.twitter.com/yC1YcFyynO

The Recording Academy needs to do better.