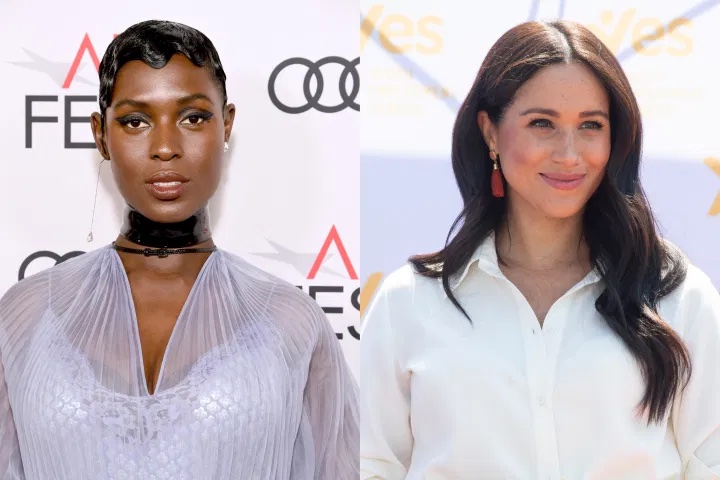 Jodie Turner-Smith shared her thoughts on Meghan Markle and Prince Harry’s departure from their roles as senior working members of the royal family.

The British actress, who plays Queen Anne Boleyn, one of King Henry VIII’s ill-fated wives, in the upcoming Channel 5 series Anne Boleyn, recently spoke to The Telegraph about her new role and weighed in how Meghan, 39, could have modernized the royal family before she and Harry, 36, stepped back from their royal duties last year.

“I think that Meghan could have been that,” said Turner-Smith, 34. “It was a terrible missed opportunity, the way in which it was not allowed to be something that really modernizes that institution, and to change it to something for the better.”

“I think that’s why there’s dysfunction there,” the actress added.

Turner-Smith also discussed her stance on the monarchy during the interview, telling the outlet, “I would not consider myself a monarchist.”

“I think it’s interesting that the institution is not changing with the time, or quickly enough,” the mom of one said. “We have to look at things in a modern context. And only then we will recognize that certain things are archaic, and don’t really serve us as a community and are limiting us. I think we should keep those things in stories and move on to something else in reality.”

So how does Turner-Smith feel about taking on the role of Anne Boleyn? The casting decision, as the star explained, drew mixed reactions from fans due to the two women being of different races.

“Anne Boleyn is a character loved by so many and a story so well known that people are attached to the way that it looks in their own imagination,” she told The Telegraph. “So, when you introduce something that is so contrary there’s going to be resistance. I think it’s to be expected.”

Meghan and Harry exited their roles as working members of the royal family in January 2020. The pair have since relocated to California where they are raising son Archie, 2, and are currently expecting their second child, a daughter, due this summer.

The Duke and Duchess of Sussex spoke extensively about their relationship with the royal family during an interview with Oprah Winfrey that aired on CBS on March 7. During the sit-down, Meghan and Harry accused the royal family of racism, including “concerns” over Archie’s skin color and not getting Meghan help when she felt suicidal.

But Prince William later refuted the racism claims during an outing after the interview aired, saying, “We are very much not a racist family.”

About a month after the interview aired, Harry returned to the U.K. to attend the funeral of his grandfather Prince Philip. For the service, Harry and William walked separately in the procession with their cousin Peter Phillips walking between them.

Jodie — it wasn’t a ‘missed opportunity.’ According to Meghan, the ‘opportunity’ was killing her.

Amazon Reportedly in Talks to Acquire MGM for Around $9 Billion

Amazon is preparing to drop a multi-billion dollar bag on MGM. The content giant is prepared acquire MGM for about $9 billion. via Variety: Chatter that Amazon (and other tech giants) have been sniffing around MGM has circulated for some time. But sources indicated that Amazon’s interest in acquiring the studio has taken on a new tenor beyond the usual rumor mill. The deal is said to be being orchestrated […]